If you’re feeling hungry, then it’s time to eat! Because we got our hands on the Mojave 6S BLX RTR Desert Truck, and it’s large, powerful, capable of 60MPH, and ready to thrash… right out of the box. So, let’s check out this desert truck, see how fast it goes, and then just let it eat! 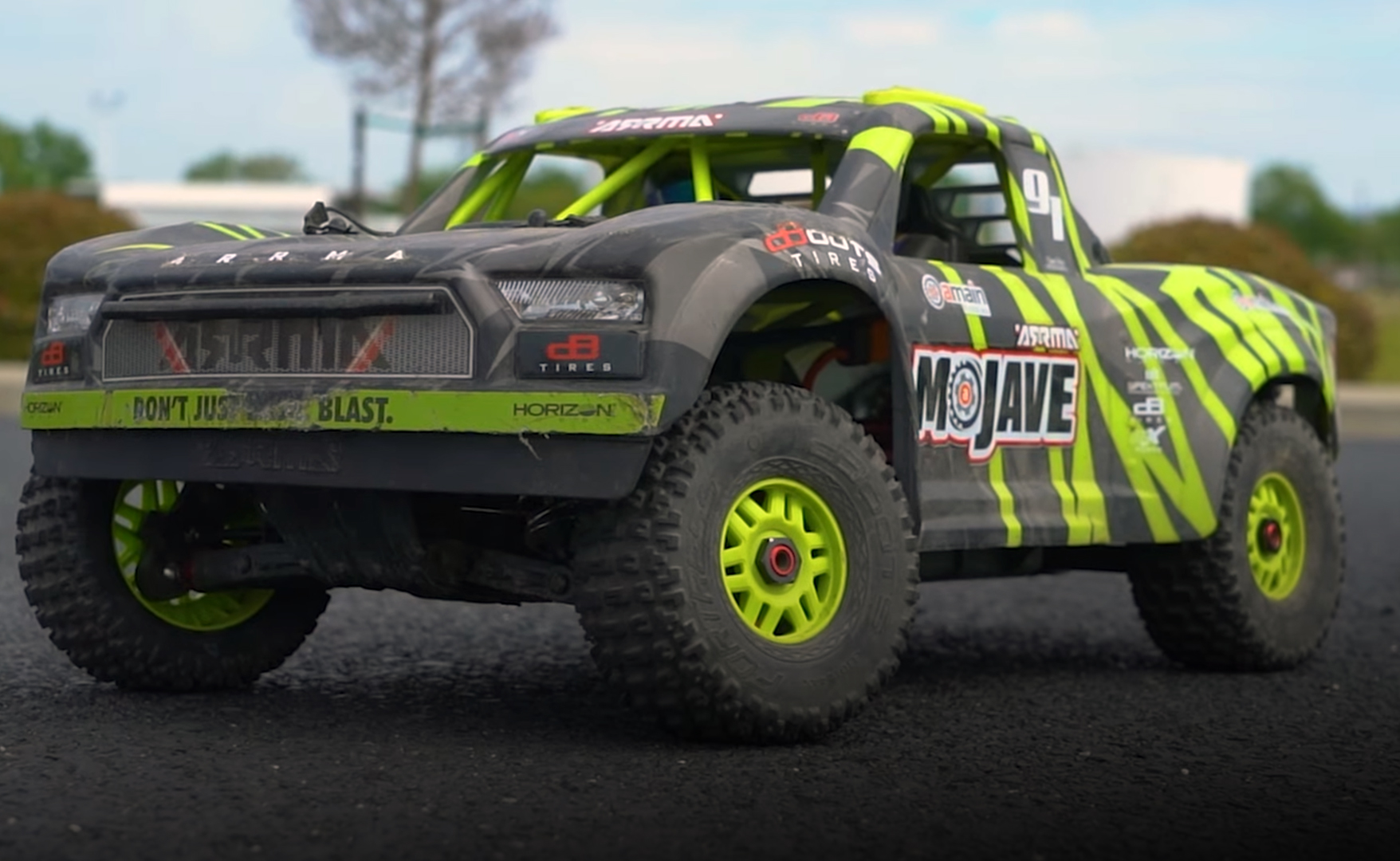 This is the Arrma Mojave. It’s no secret this is a high-performance, 1/7 scale RC truck with 6S brushless electronics, a 4x4 drivetrain, and cool desert truck styling. This truck comes, fully ready-to-run when you pull it out of the box, with a painted body, programmed electronics, and the SLT3 transmitter, which requires four AA batteries. The truck also needs a battery pack to start rippin’, and for maximum power, either one 6S LiPo battery or two 3S LiPo batteries will work. Either way, that’s a 22.2V of power—and it is extreme. 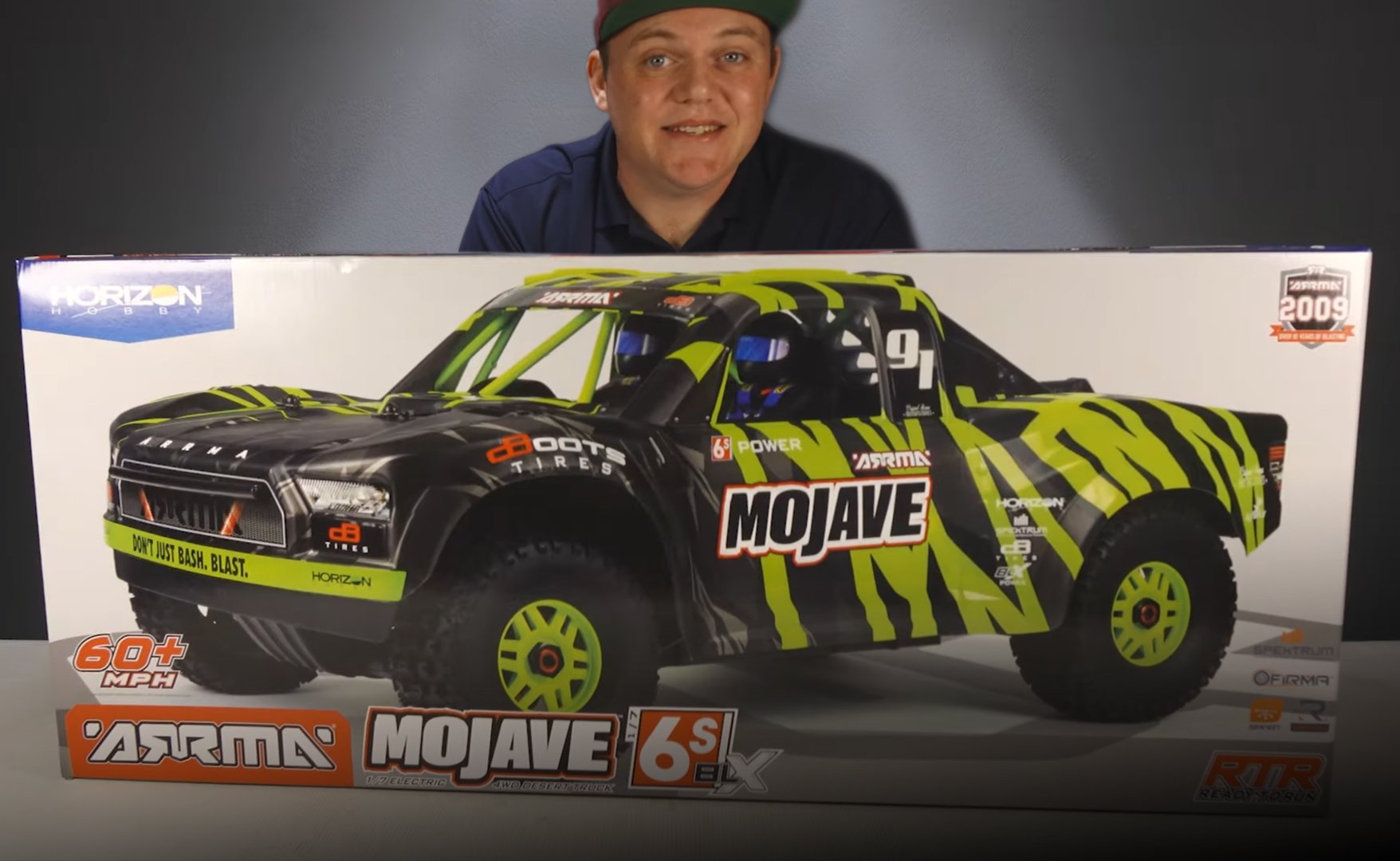 How fast is the Arrma Mojave 6S BLX

For top speeds with a fresh 6S battery, we tested the truck, as is, straight out of the box, and it quickly achieved 53MPH.

So we removed the stock pinion gear from the motor and replaced it with the high-speed pinion gear that’s included, recharged the battery, and tried again. This time, the truck went screaming by at 62MPH.

The truck is also compatible with a 4S LiPo use. It’s not extremely fast, but it’s still fast, and the benefit is reduced wear on the drive train, and 4S batteries cost less, about a $60 difference in the case of these 6800mAh Gens Ace Bashing Pro batteries that we’re using. Speed runs on 4S LiPo power are still respectable, achieving 37 mph on the stock pinion gear and 45 MPH with the high-speed gearing. After the speed runs, we reinstalled the stock pinion gear, so we were ready to bash, and we used the 6S LiPo to do it.

There are very few extreme off-road bashers that try to look realistic, so it’s always appreciated when one does. The Mojave body pulls off the desert truck appearance pretty well, with tons of scale decals and scale details to enhance that appearance, like that hard plastic front tube bumper that pokes through the inside, but it’s only attached to the body. Below the tube bumper sits the actual bumper, half-hidden behind the body, and the remaining piece sitting below. It’s actually a flexible rubber piece, so it maintains the bumper look while being flexible to not dig into the surface.

The interior piece of the body is pretty slick, too, using a lexan piece attached from the inside, with roll bar tubing used on the bottom and the top, to safely sandwich the interior in place, and it is secured in there very well. This interior piece has two little guys, their seats, the steering wheel, and a dash all molded into it, then painted black, with more decals added.

The back has more details, including rear window venting to allow airflow, decals for fire extinguishers, a rear axle, and spare gas cans. One of the best and most useful details is the hard plastic skid plates found on the roof, so if you flip, you're sliding on those and not the body. They are also replaceable when they wear out. 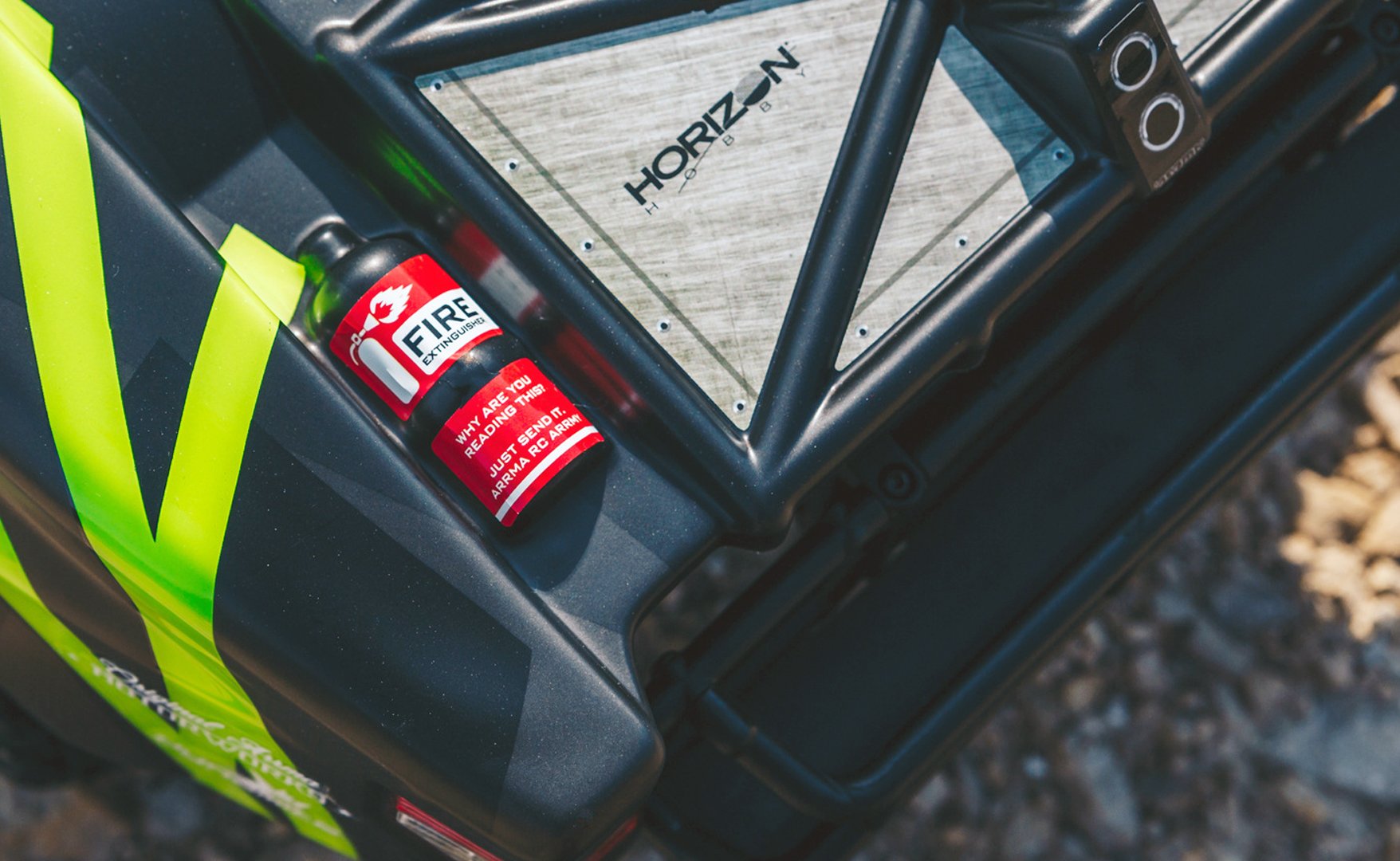 One last cool area on this body is the big wide wheel wells that puff out to capture our desert truck tires and wheels, which use a color-coordinated plastic multi-spoke wheel with 17mm hex, and those are glued to rubber Dboots Fortress tires, with vent holes on the rubber tire, not the wheel. 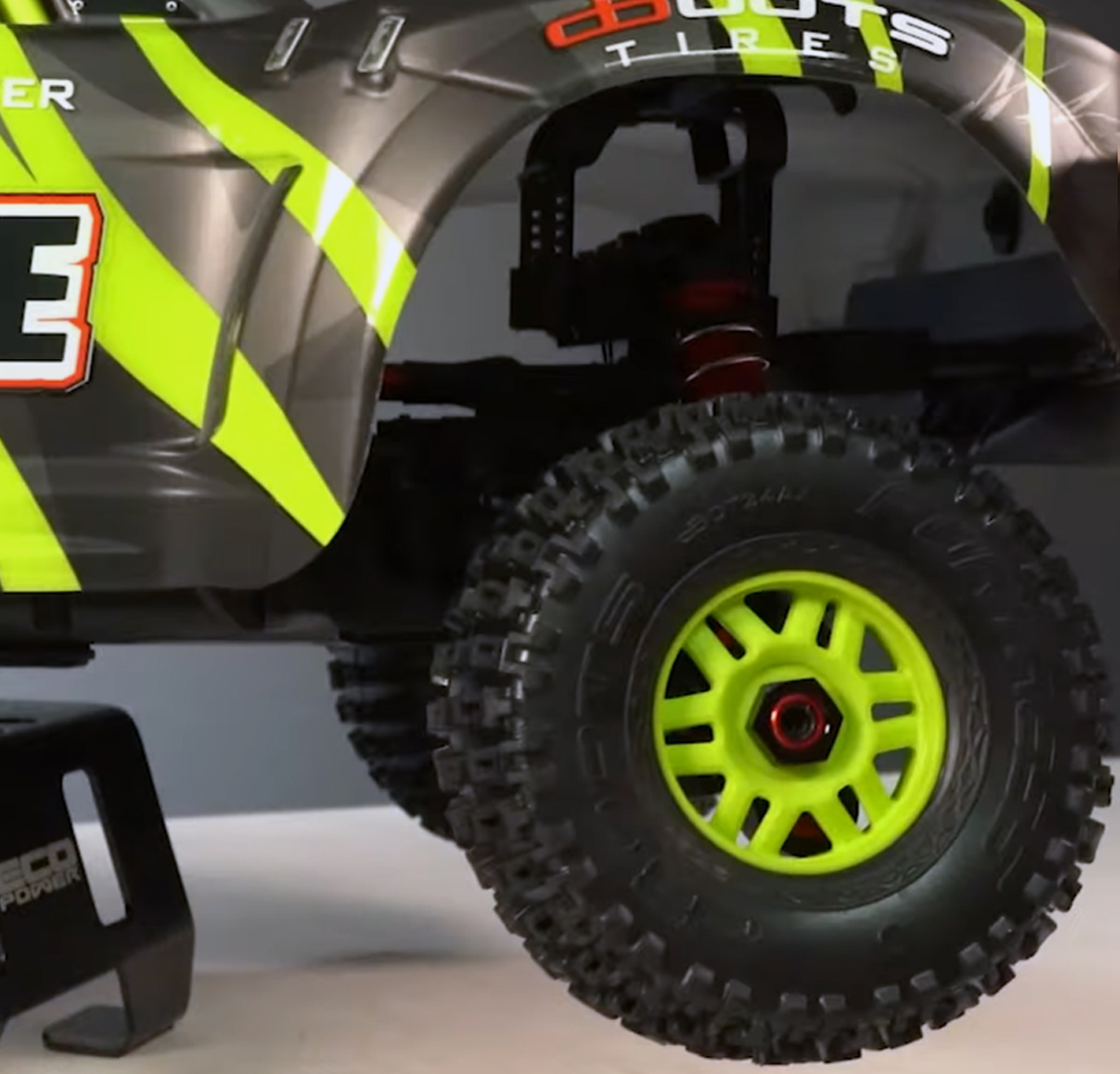 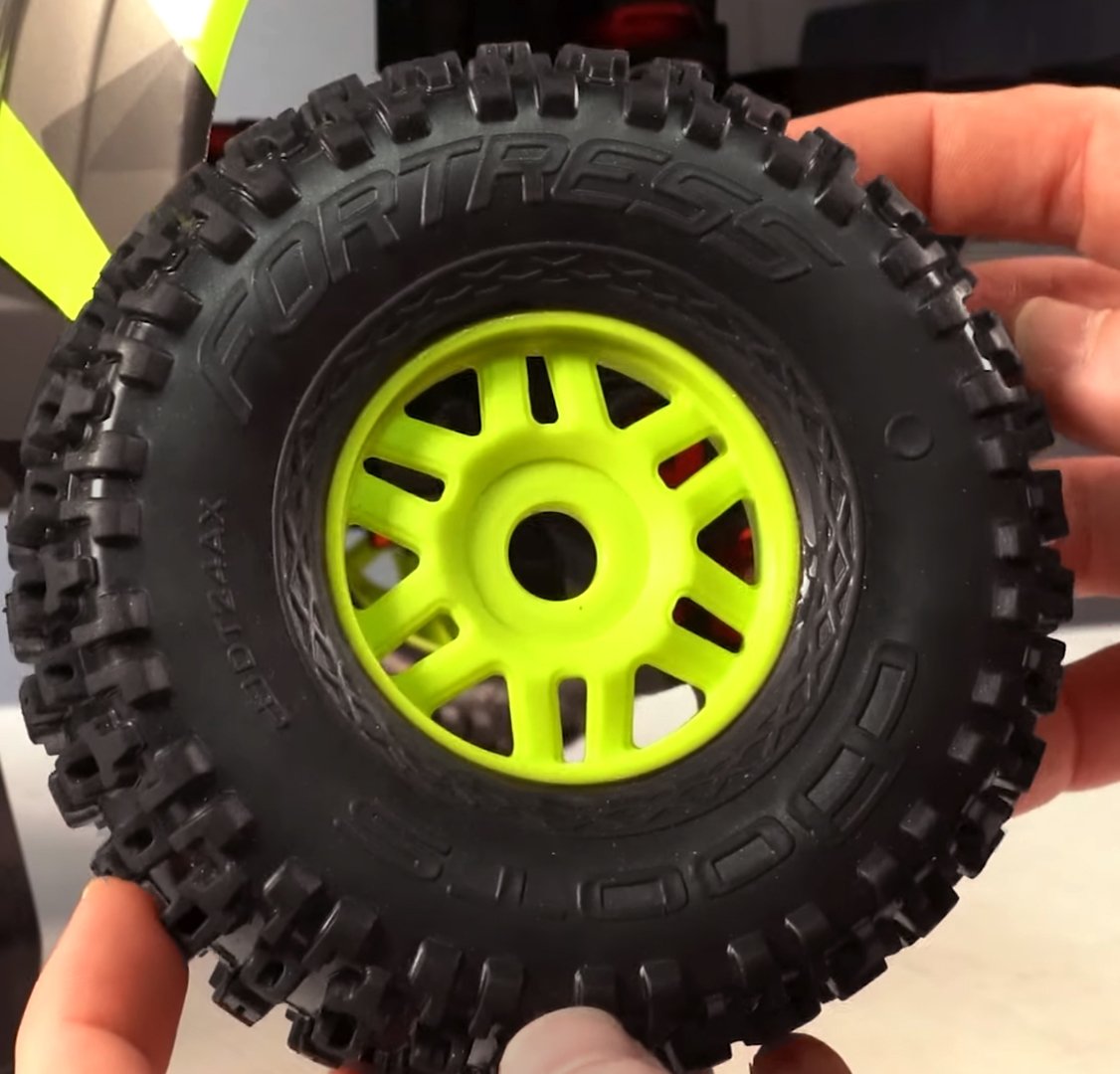 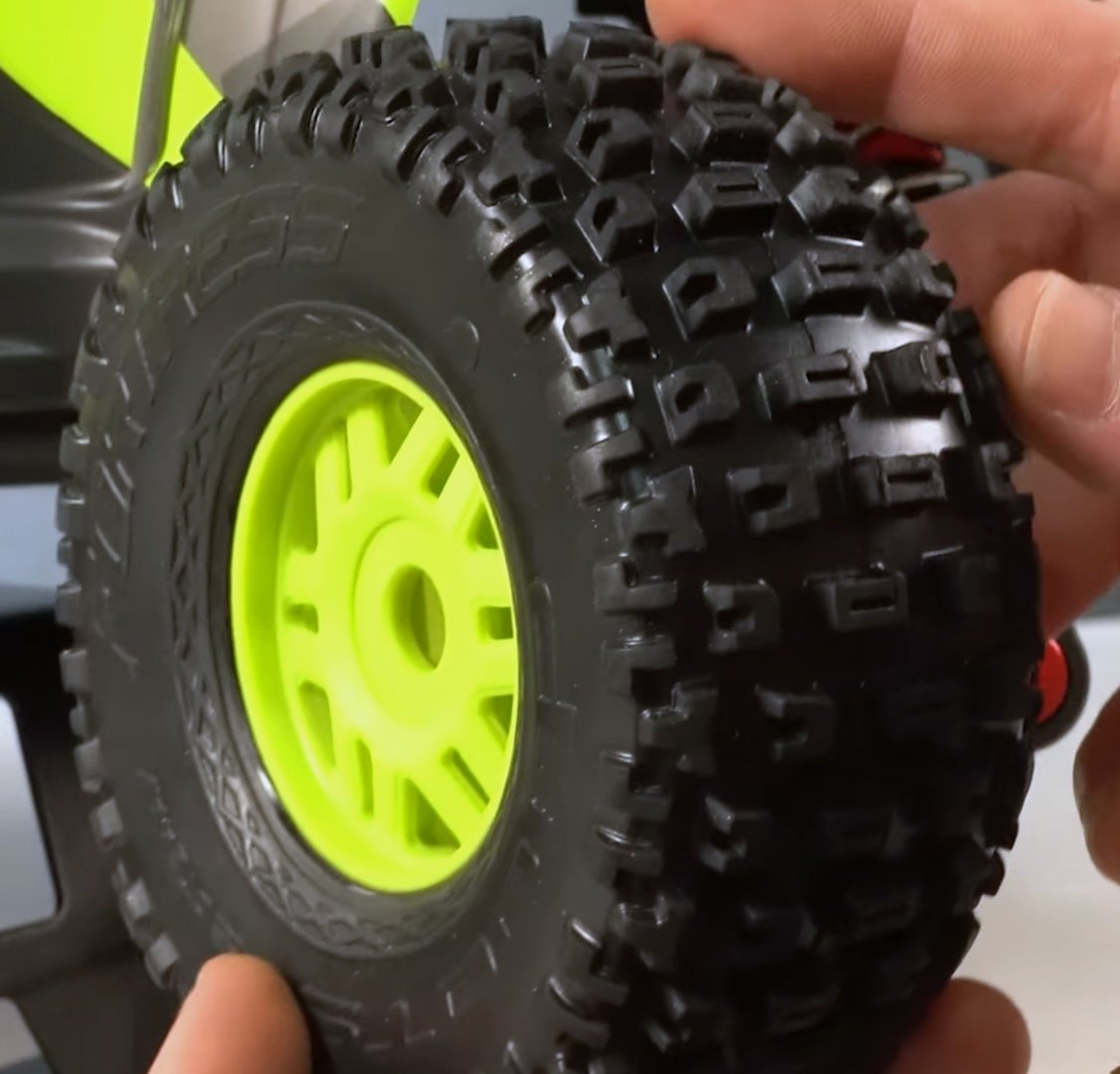 These tires are size 2.4/3.3”, and unfortunately, there aren’t too many aftermarket tires and wheels for this truck, which is the biggest issue. Most 17mm hex replacement tires will require body trimming. The stock wheels are available as pre-mounted tires only, and other than that, these paddle tires are from Pro-Line.

The Mojave is a big radio control desert truck at nearly 30" long and 14" wide, with a weight of about 12lbs, and it swings it around easily, even on pavement parking lot surfaces, no problem. Our lot has a lot of loose tree debris on the surface, and it made for tons of powerslides and lots of aggressive high-speed driving without the worry of traction rolling. Wheelies aren't even a concern because the Mojave is not designed to wheelie, so staying on the throttle longer and harder is promoted and rewarded, in how fast the tires and motor spool up. The independent suspension on the Mojave is extremely playful thanks to the light 550cst shock fluid, and it's designed to soak up the surface like a proper desert truck.

The AMain parking lot surface is cleaner than the last with a bit more traction, and the truck sways and leans a bit more, and we even got it to roll once or twice. The suspension is very reactionary, though, performs its best in rough terrain, where the suspension quickly works to keep the tires on the ground and in control with the surface. The moment a tire lifts off the ground, you lose control. With a desert truck, you want the truck to stay connected to the surface at all times, and the Mojave tries really hard to make it happen. The front inside tire lifts and the tire balloons big in extreme cases, but it never caused any flips. 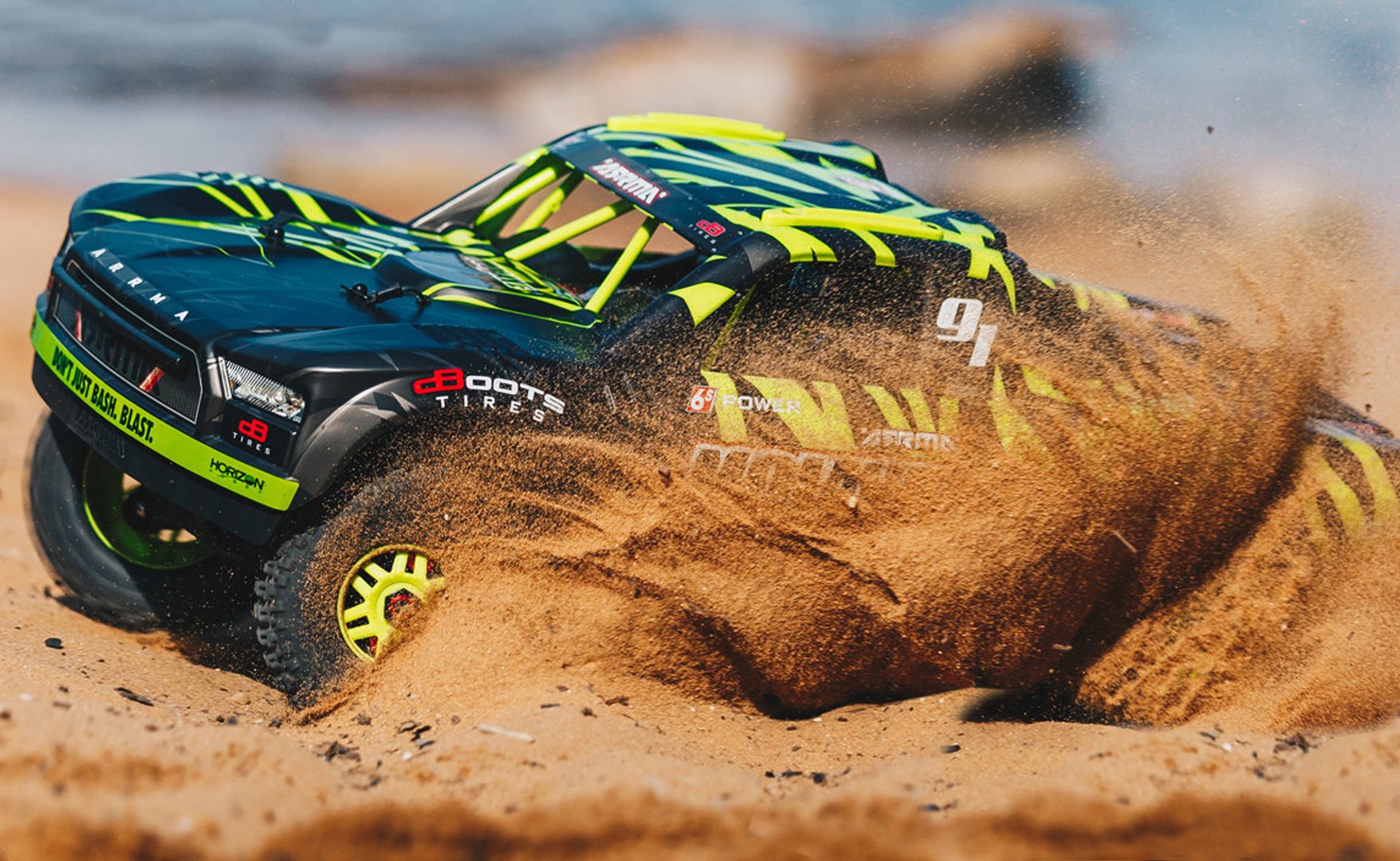 We didn't have any issues with the truck, other than the Velcro on the sides of the body ripping off, which was probably user error, and one wheel nut came loose and fell off during our first run; a wheel nut wrench is included, and we should have checked them, but we didn't. We did make one addition where we added the EcoPower 35mm fan to the included heatsink, but that's all we did.

Overall, the truck is fantastic in how it looks and drives and offers so much power, it can go from tame and playful to super aggressive in one pull of the trigger, and we'd want it no other way. 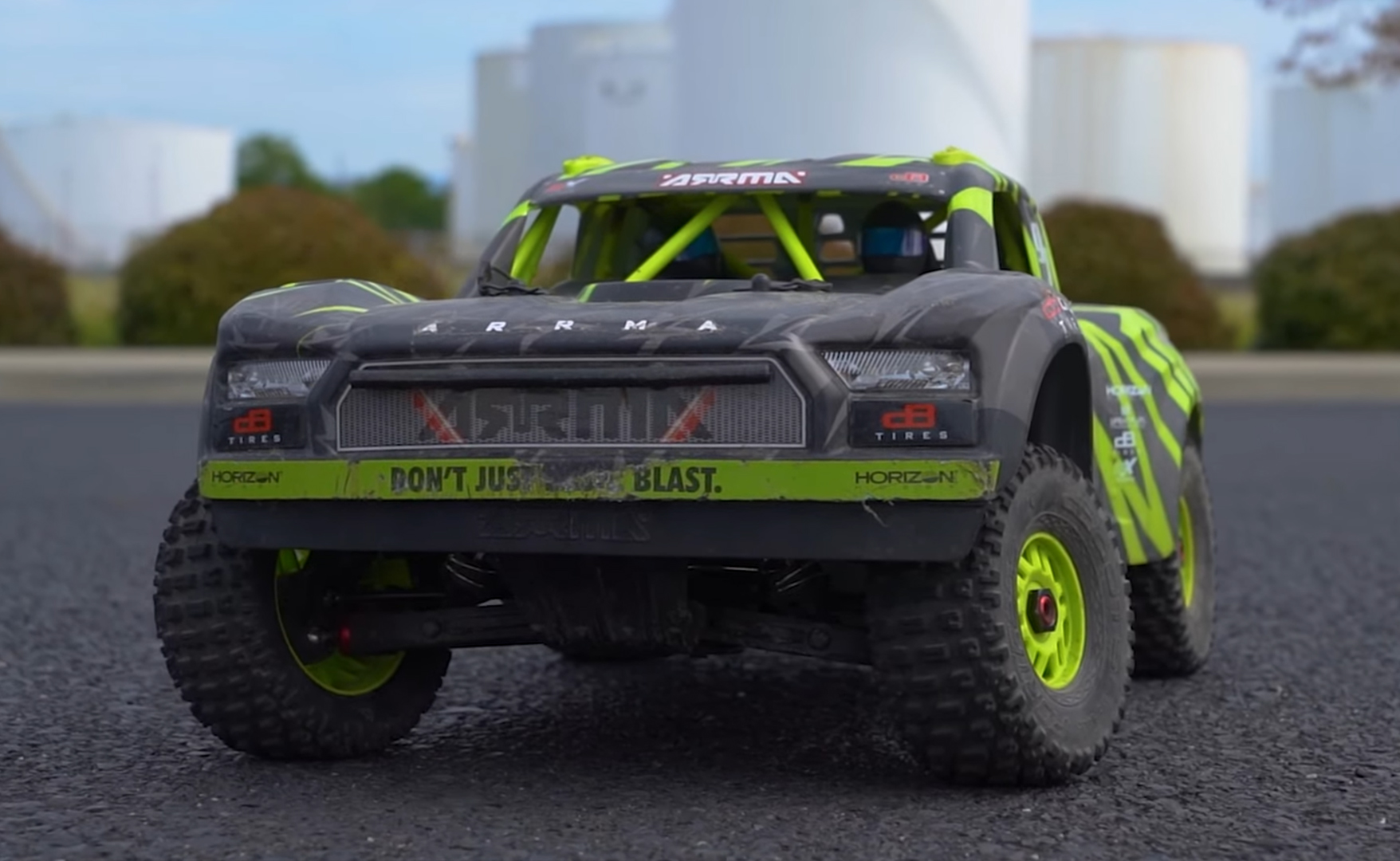 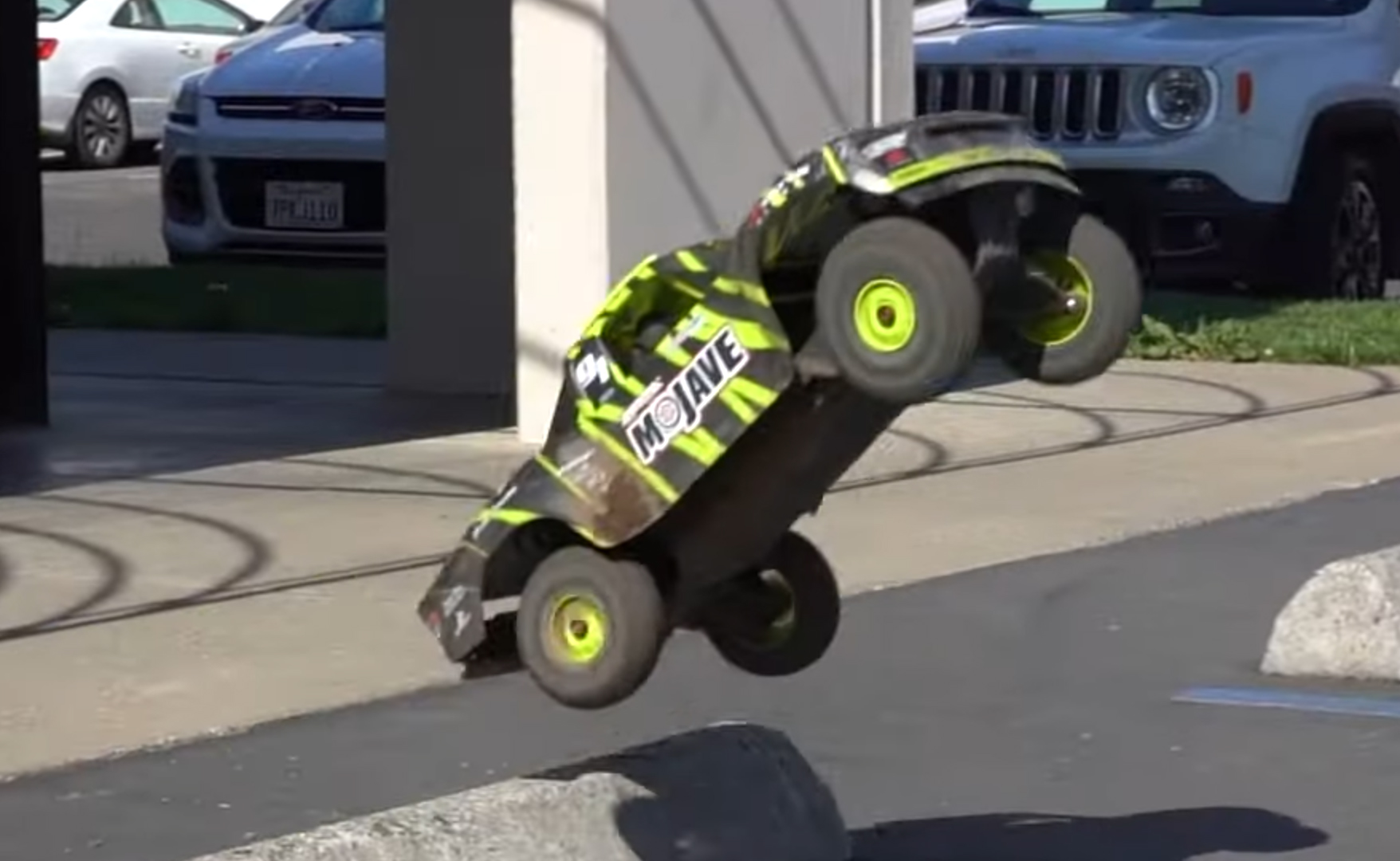 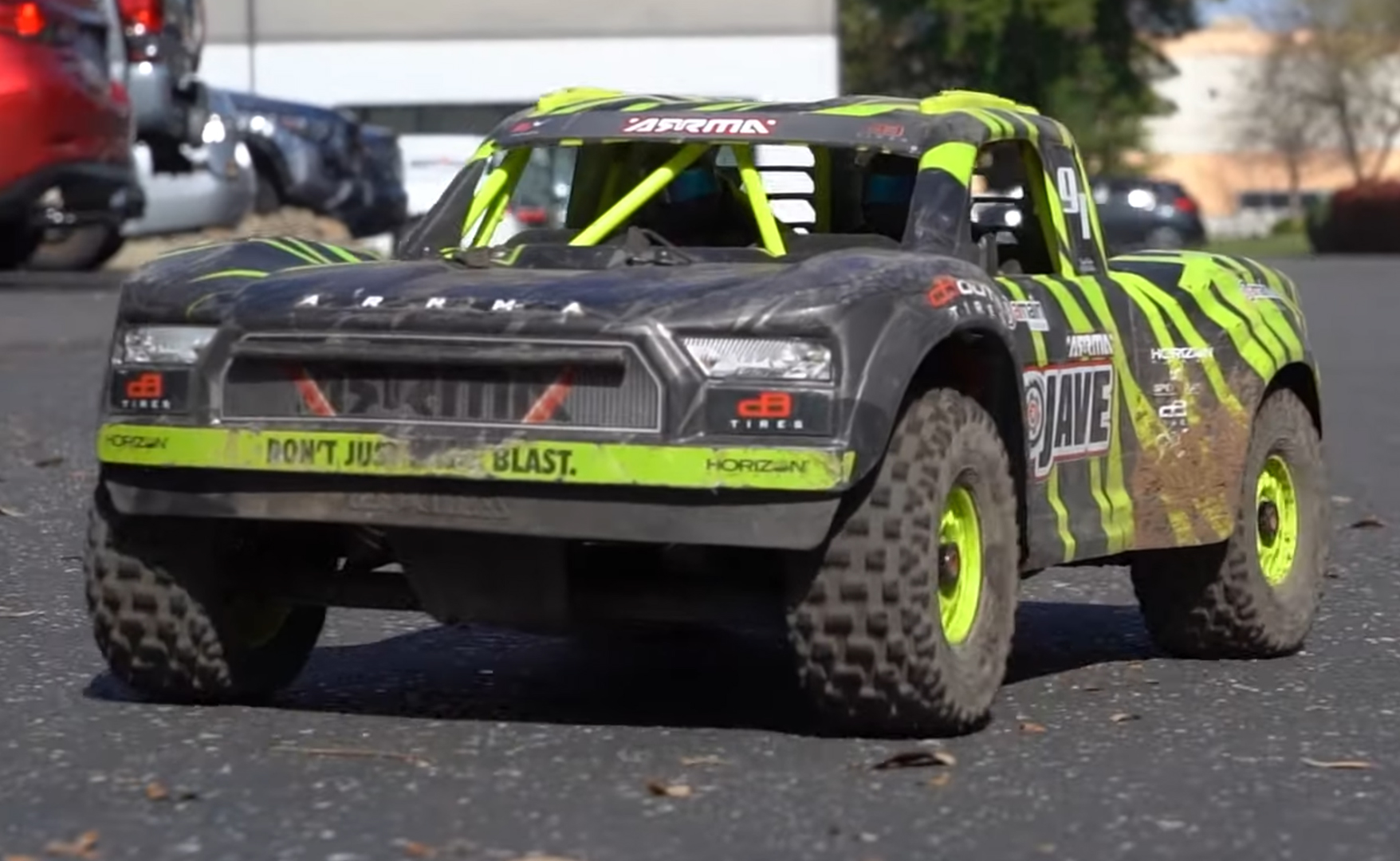 Watch Brett's Arrma Mojave 6S BLX Review on the AMain Hobbies YouTube channel. While you're there, be sure to check out our vast selection of how to and new product videos. 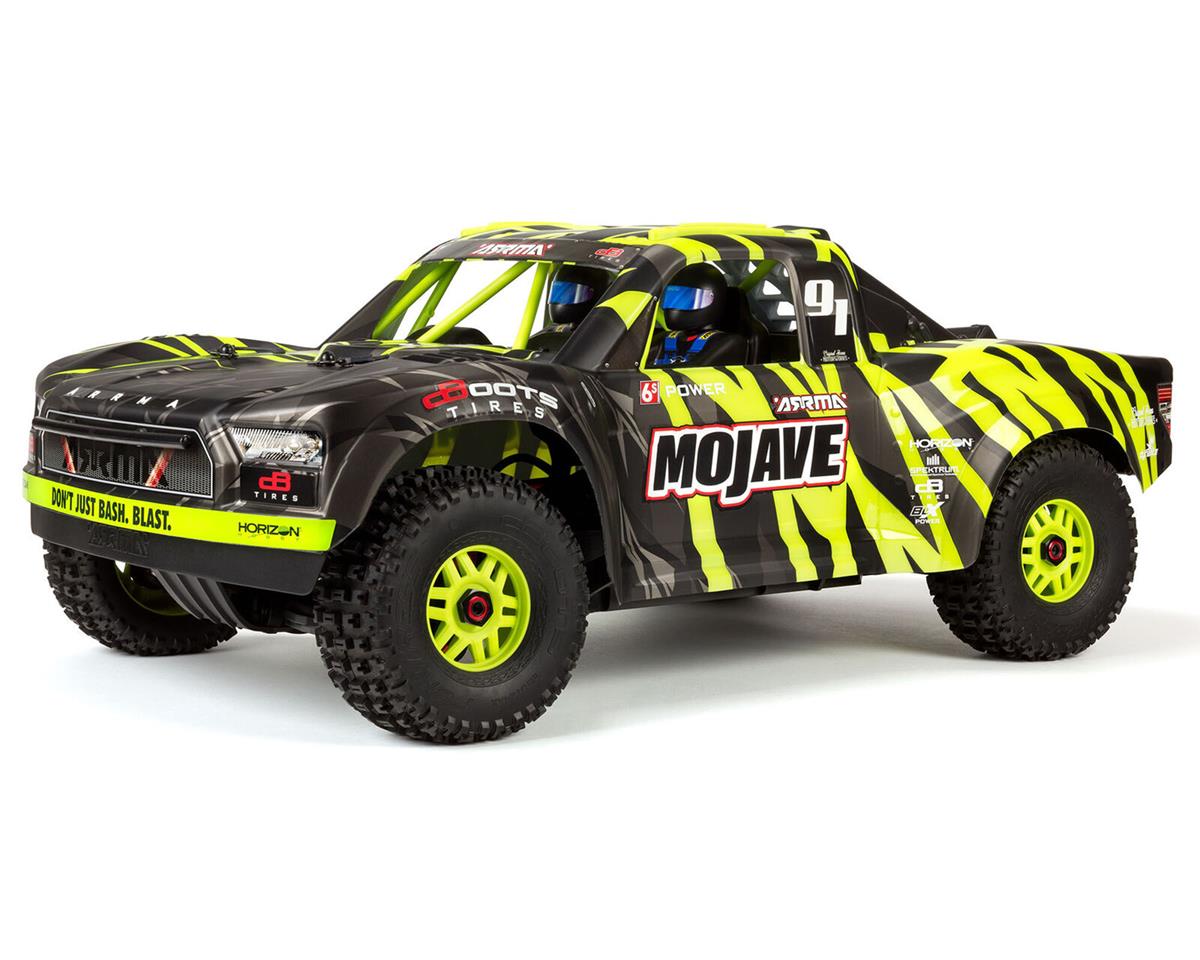 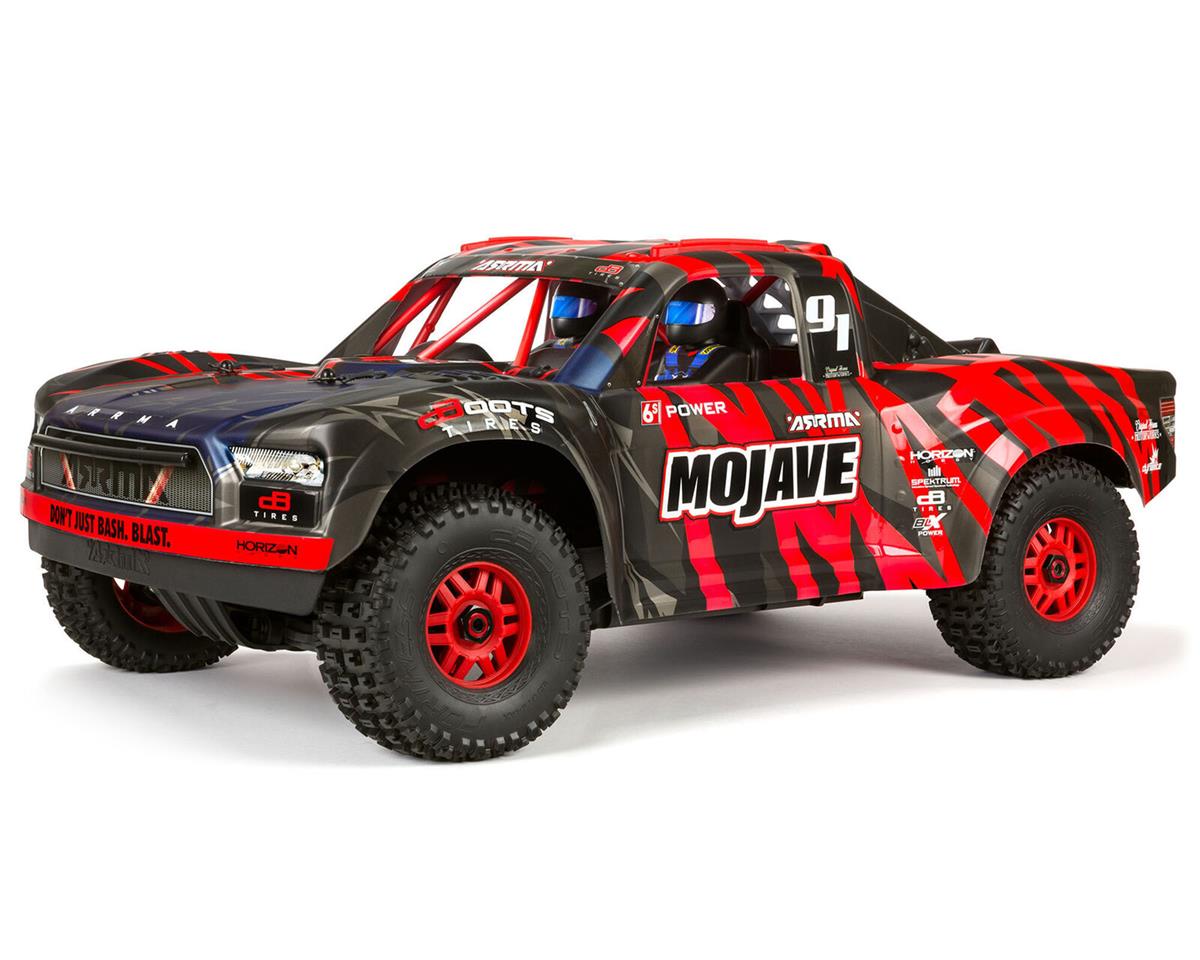 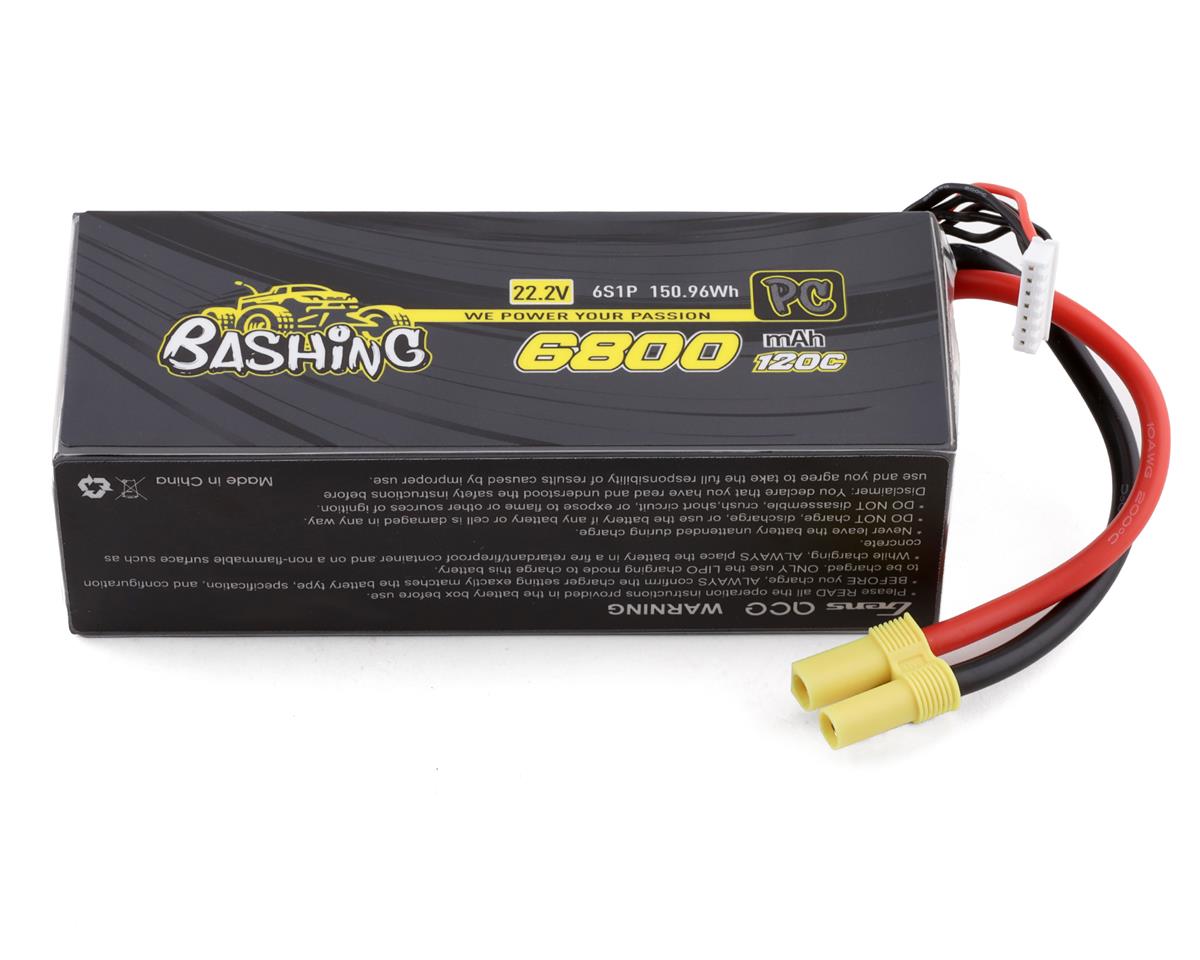 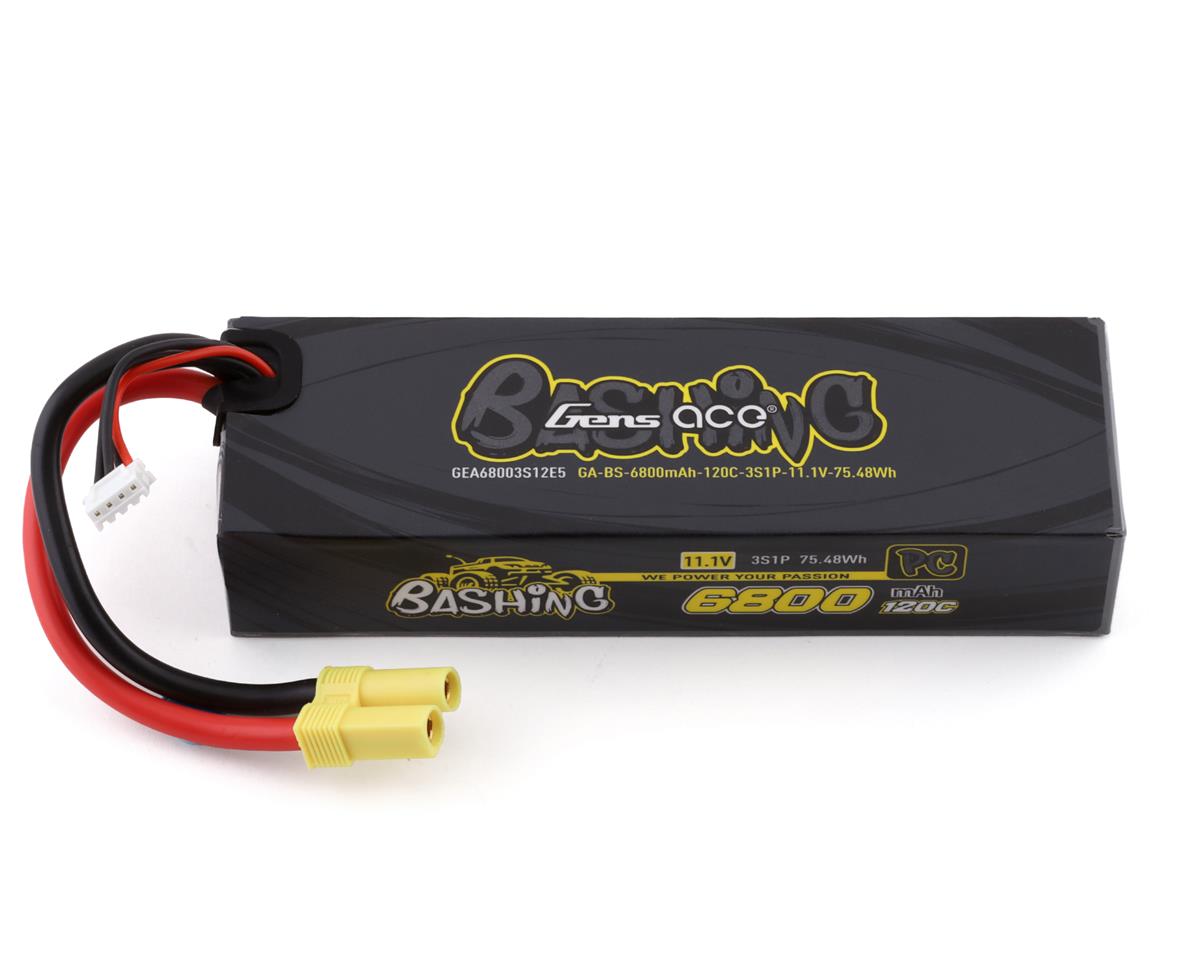 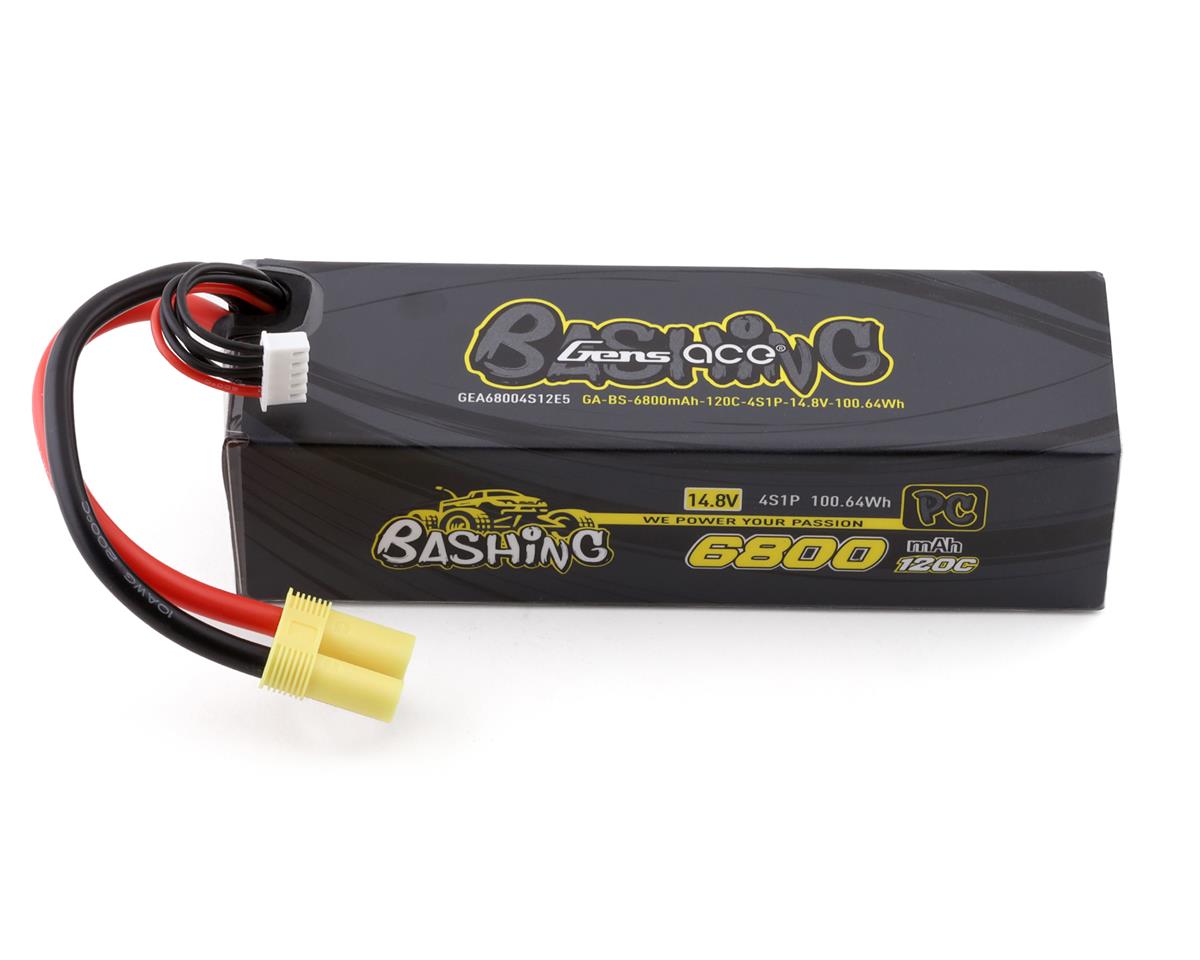 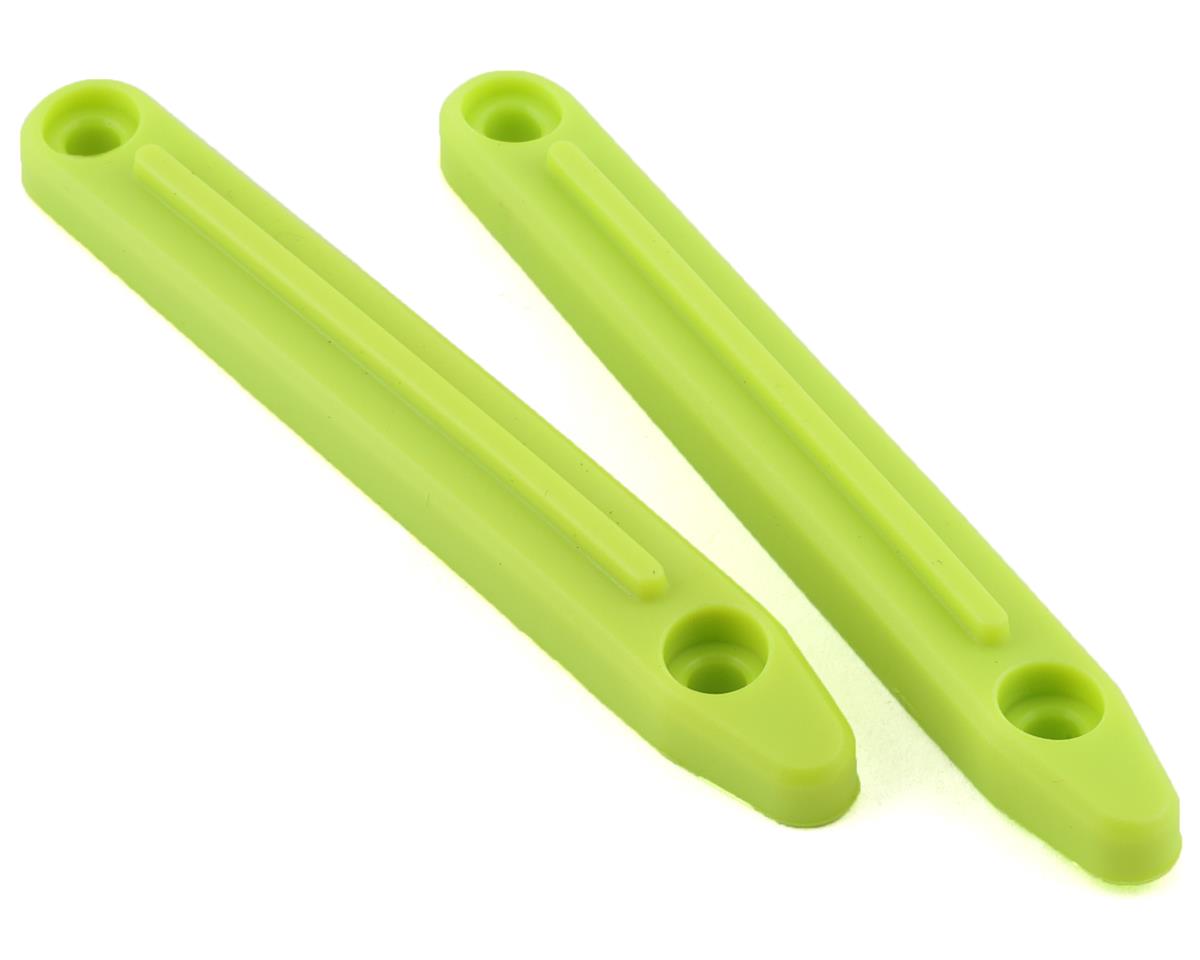 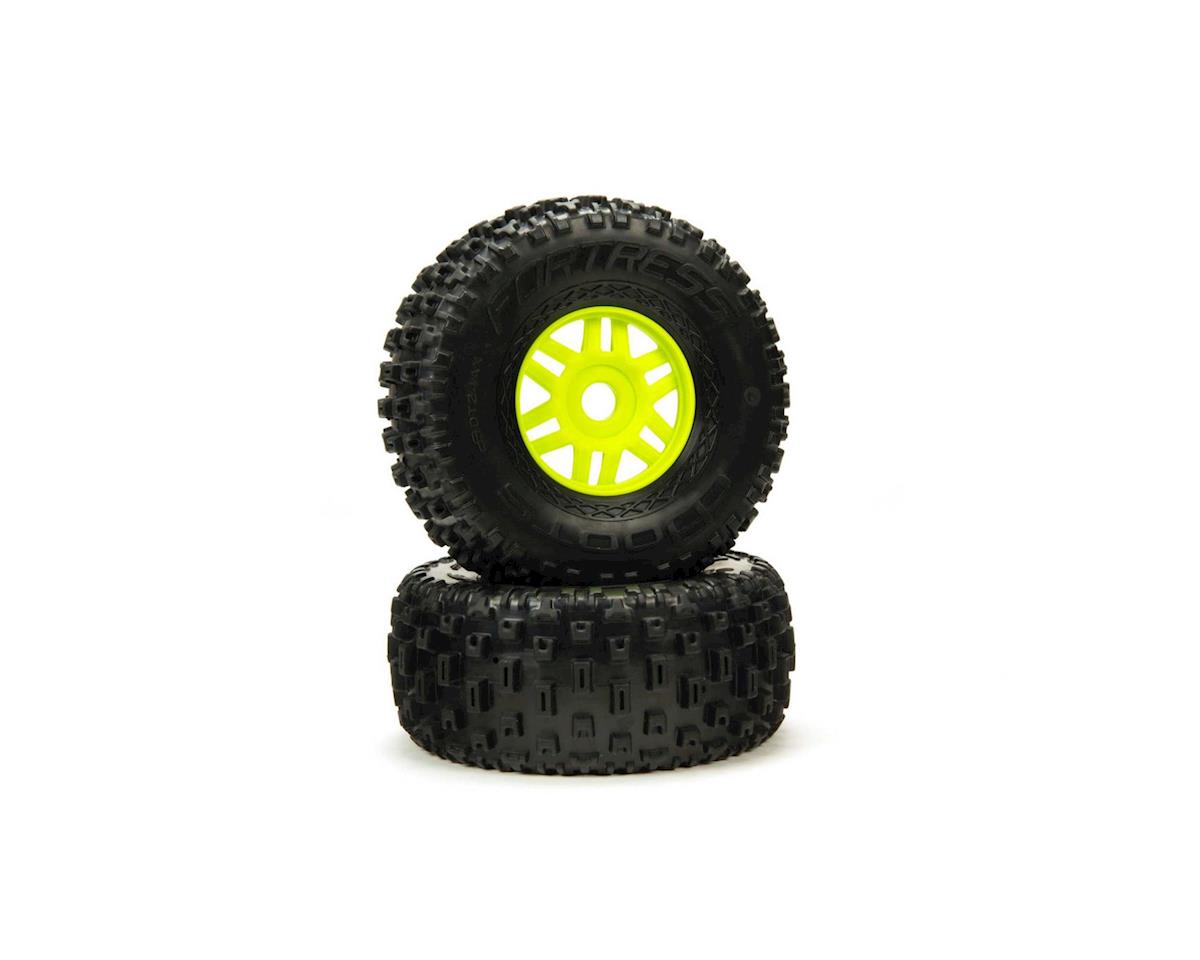 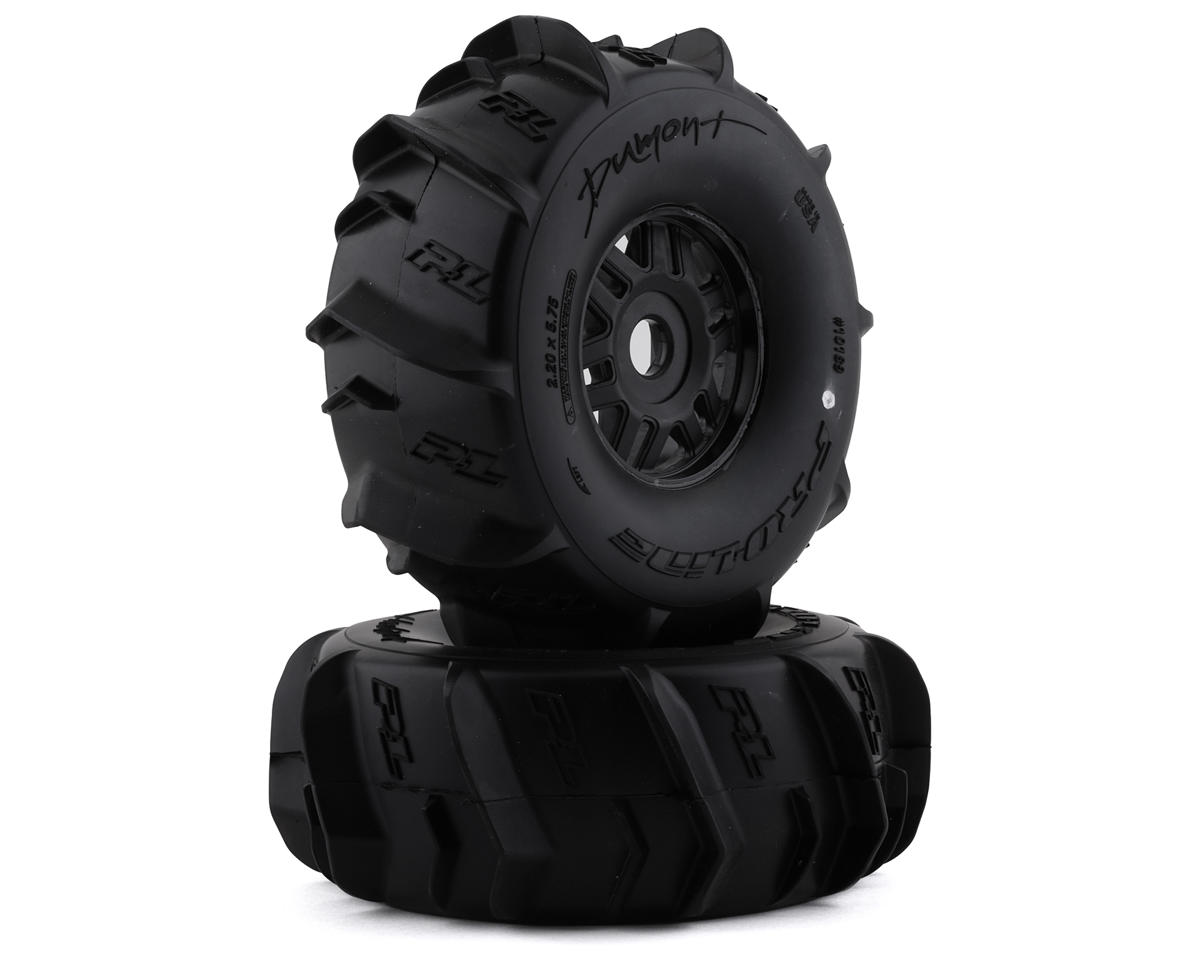 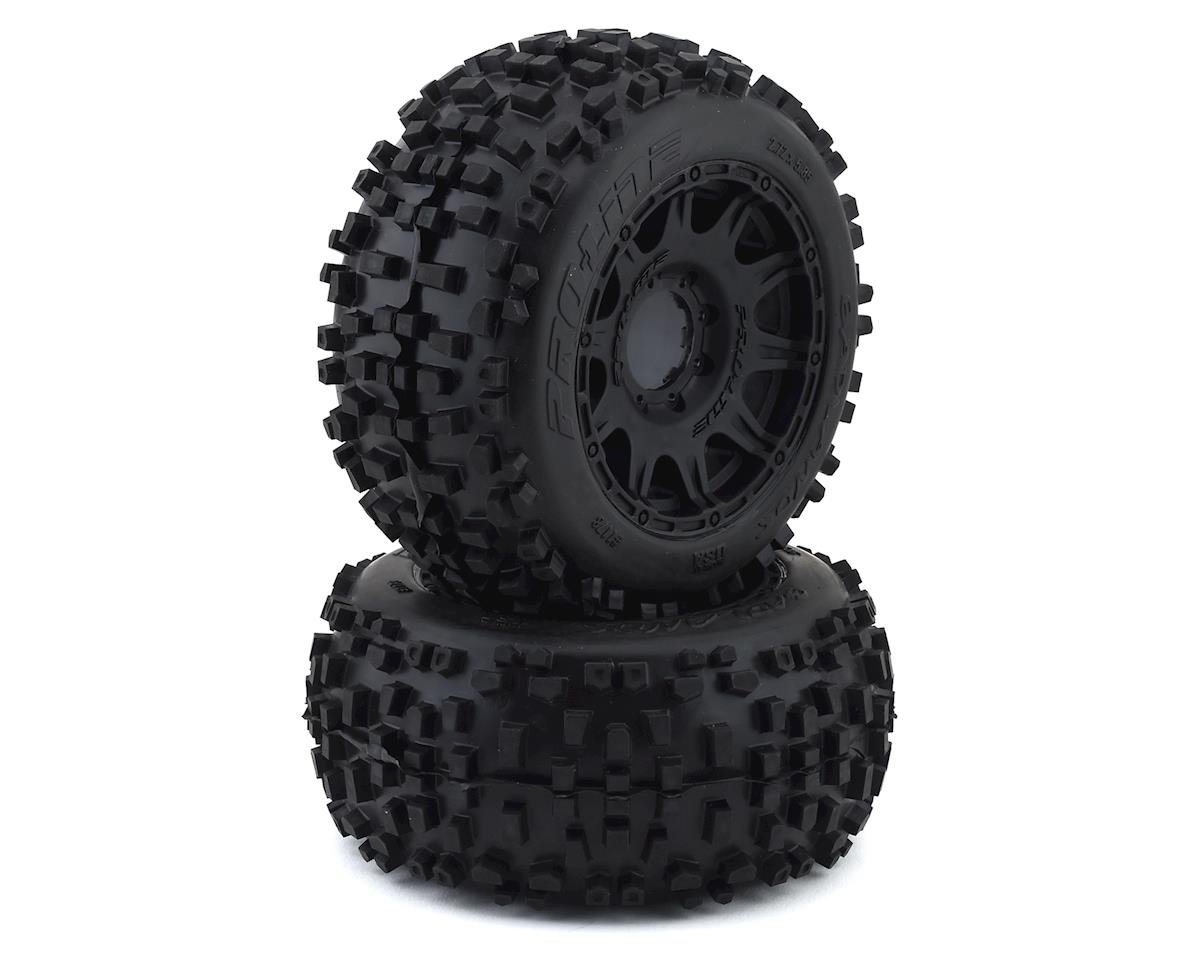 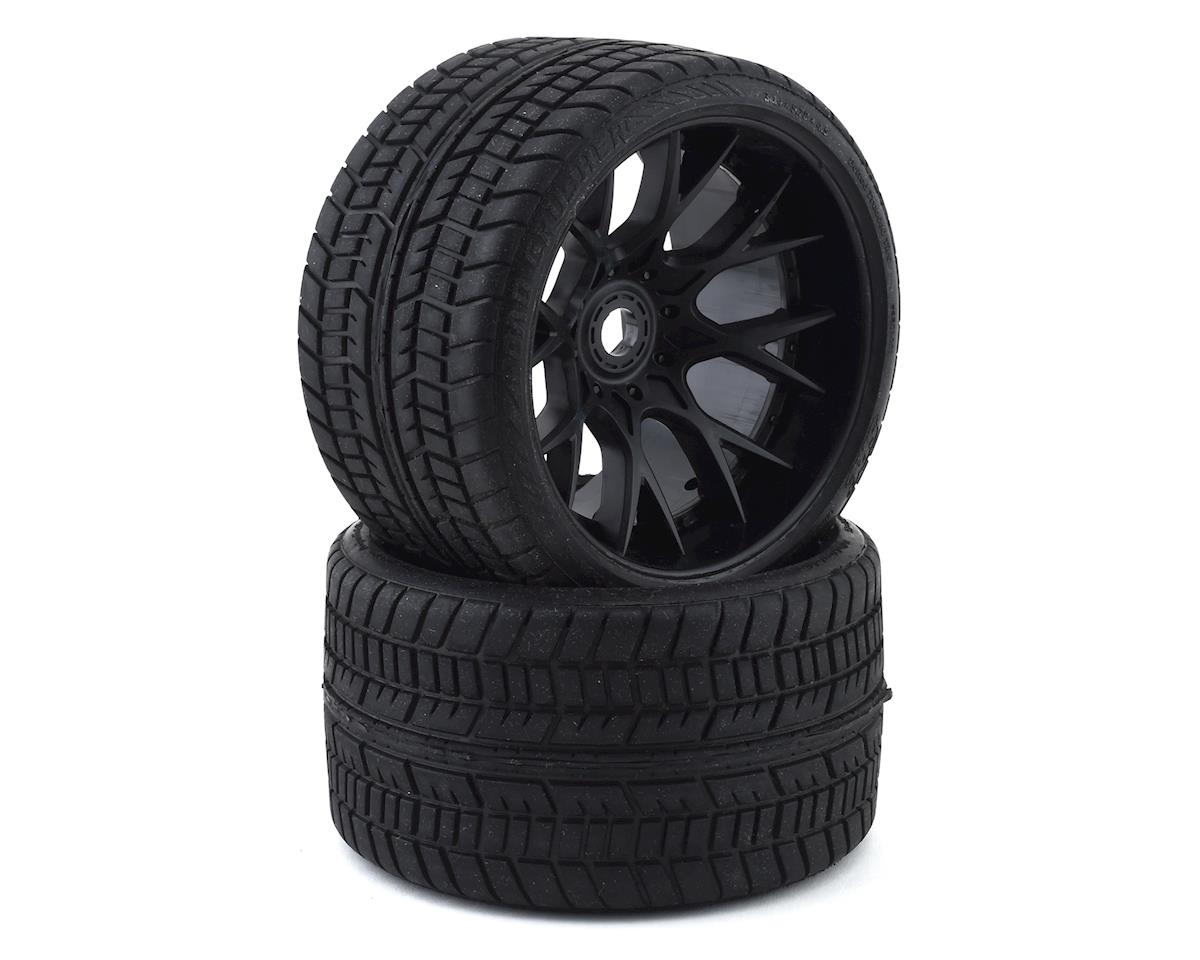 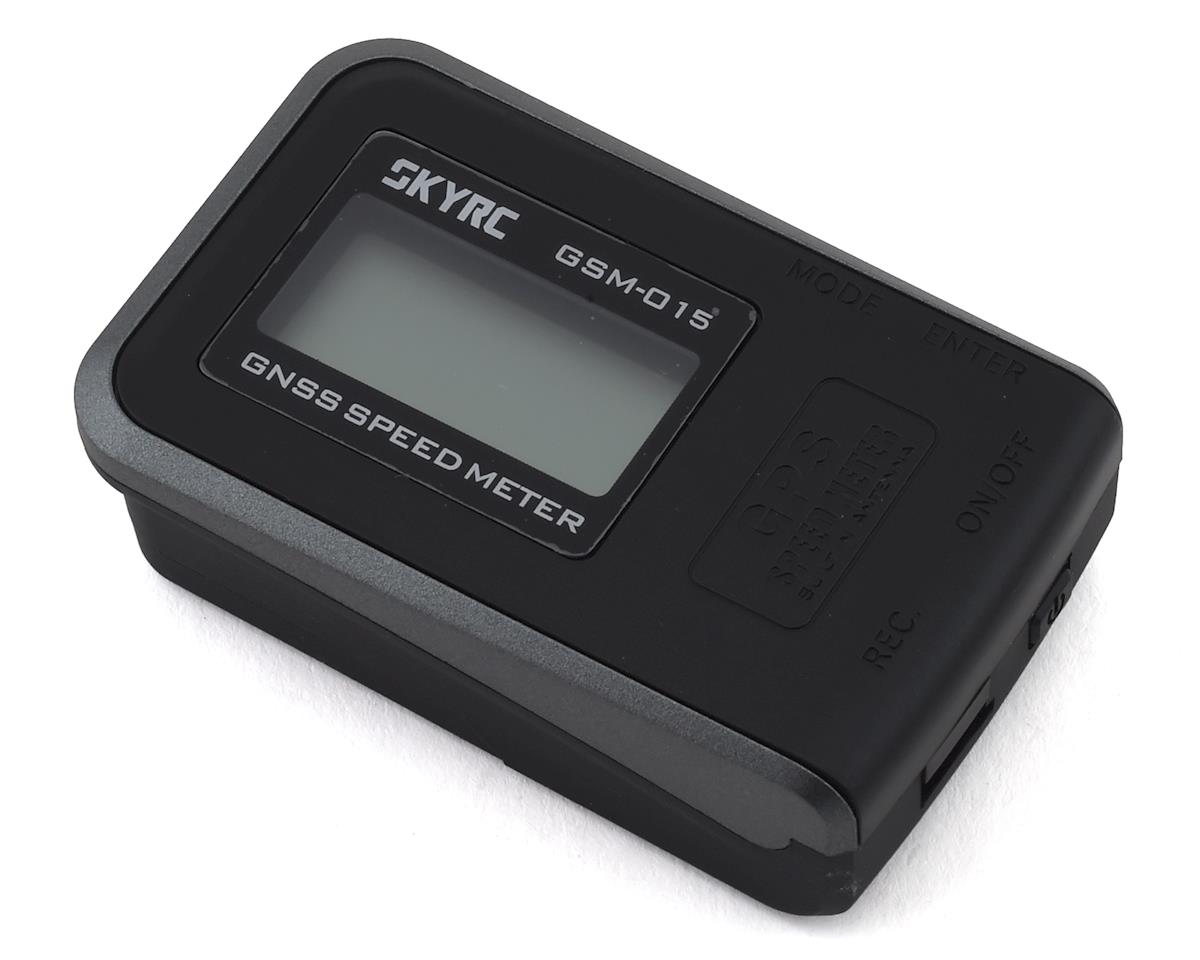 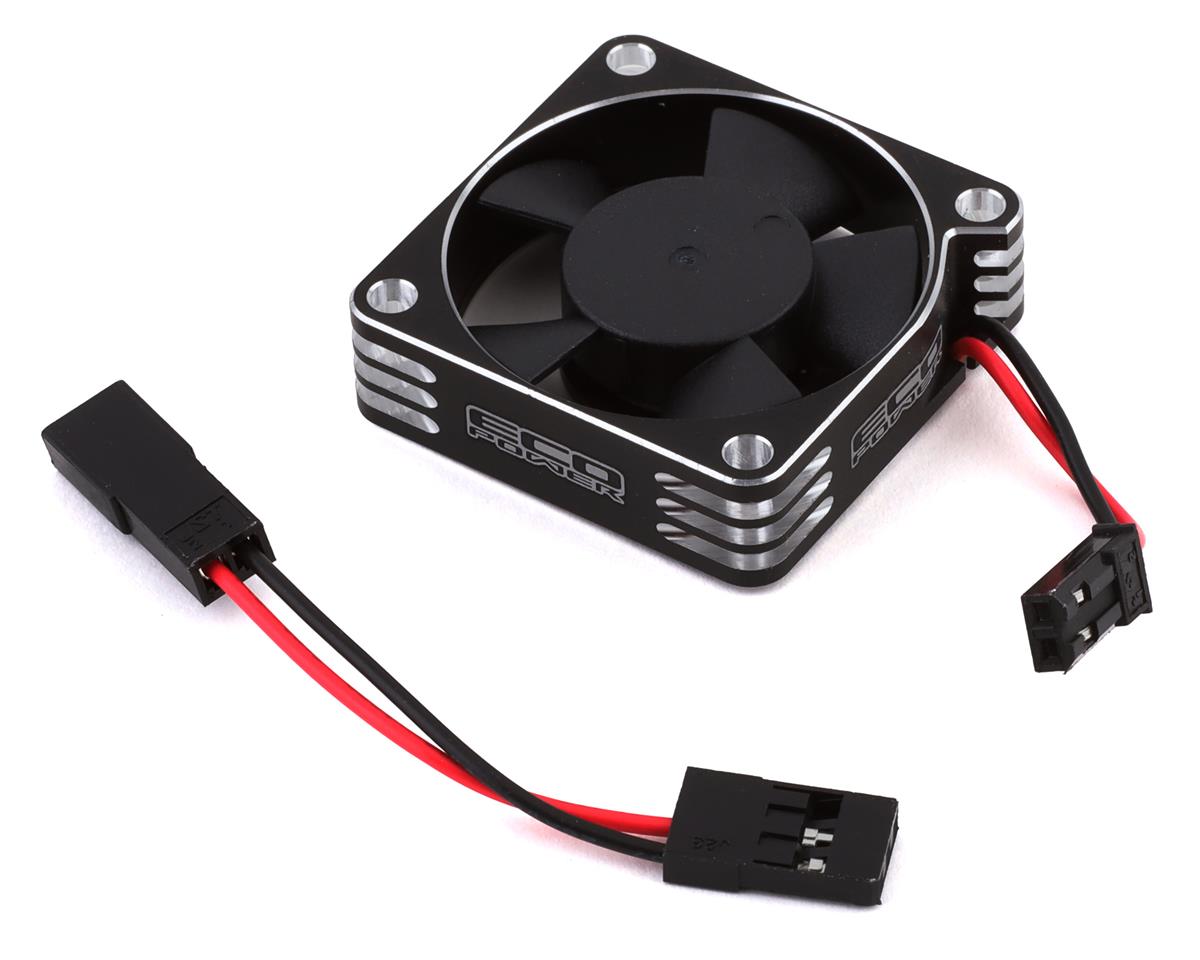 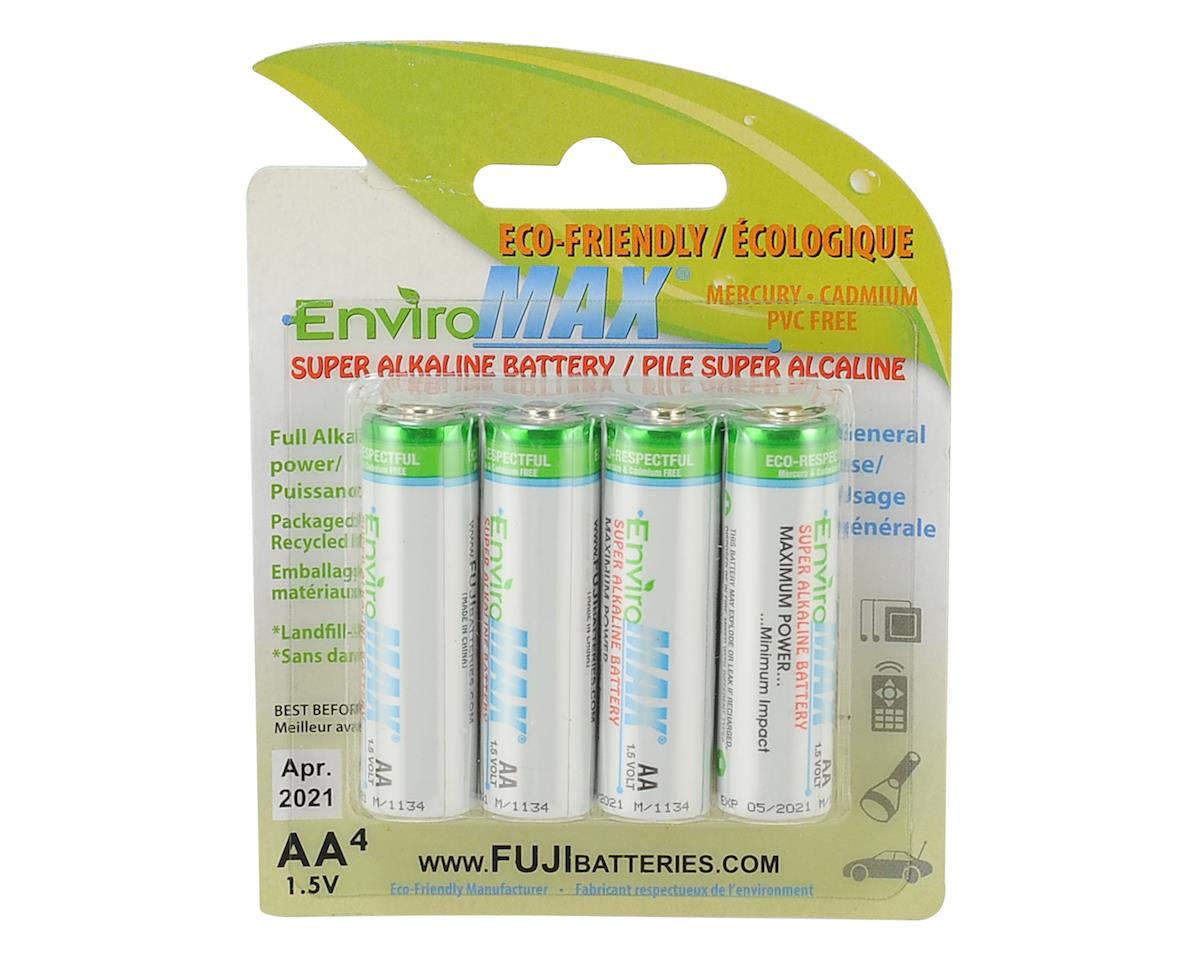 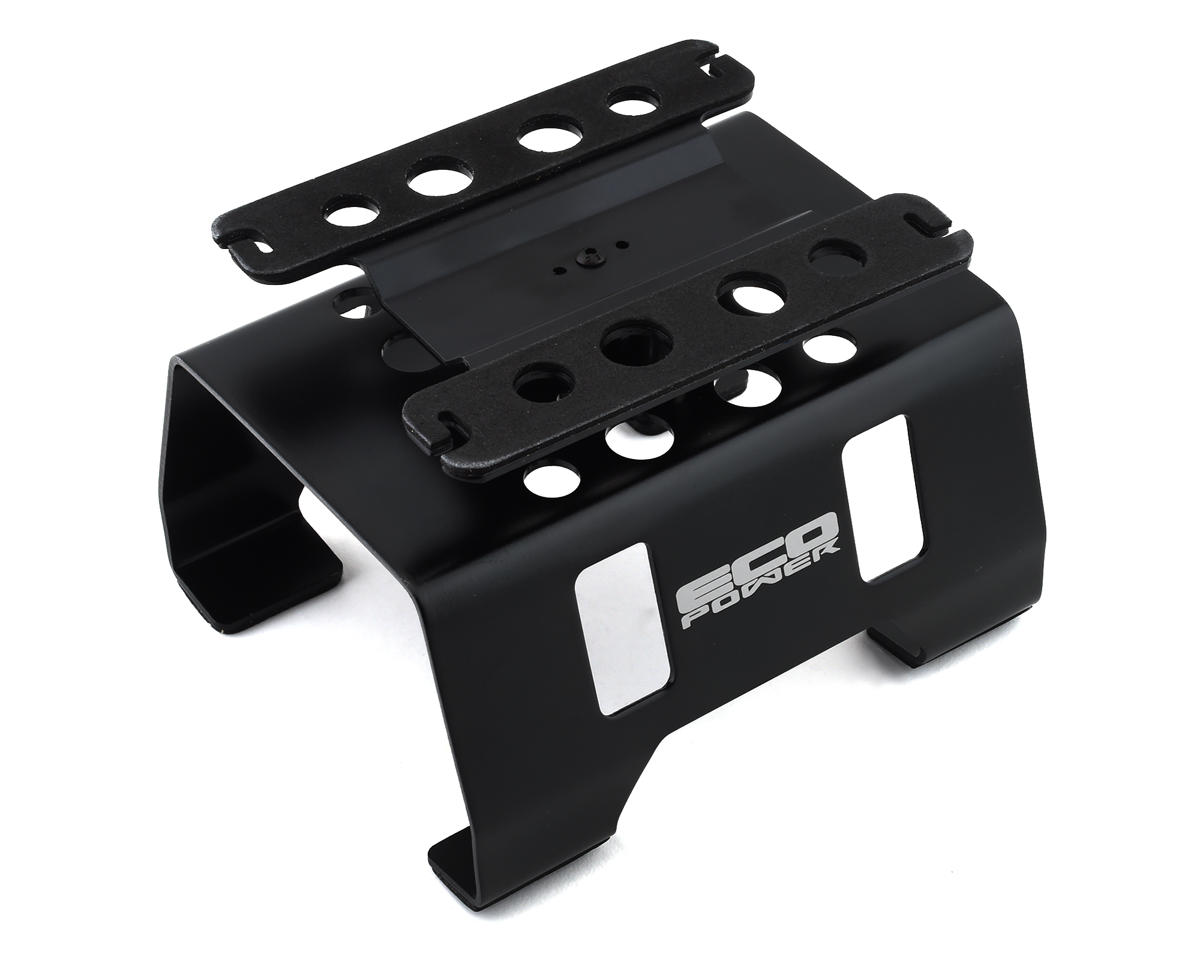