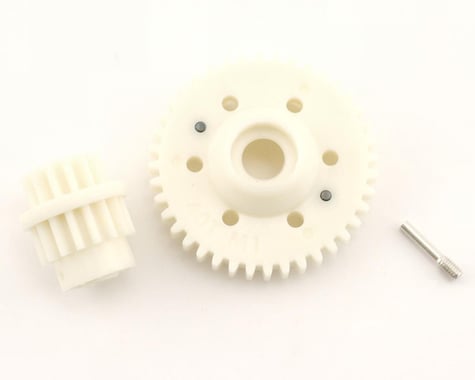 Save In List
Note: Manufacturer does not allow coupons
This item earns up to 8 VIP Reward Points Learn More
Check Store Availability
This is the optional two speed close ratio gear set for the Traxxas Revo. Only Revo offers the ability to custom tailor the 2-speed gear ratios for either wide or close ratio gear shifts. The close ratio set reduces the engine’s RPM change between first and second gear for nearly seamless shifting and speed, even in the corners! Choose wide ratio gear set to allow Revo to run in first gear longer through the infield, shifting later for a big run down the straightaway.