We’re reviewing the Traxxas Drag Slash RC Drag Racer. We drive it, bash it, and do some speed runs of course. On top of the scale realism and 1967 Chevrolet C10 body, the Drag Slash comes equipped with a high-power Traxxas Velineon power system. It also comes tuned for no-prep drag racing, making it one of the easiest ways to get into the RC drag scene.

Traxxas is no stranger to the drag strip and years ago released one of the coolest retro drag cars that had ever been created, and that was the Traxxas Funny Car. A couple of years later, Traxxas offered their "How to Drag Slash" conversion kit video, and it has been popular ever since. Now, it’s a few years later, and we have another purpose-built RC drag car, the Traxxas Drag Slash.

As you can imagine, this is a fully ready-to-run vehicle that’s assembled, including the electronics, painted C10 body, transmitter, and more. A few items are required, like four AA batteries for the transmitter, and a battery pack for the truck.

At the forefront of this drag car is new drag-inspired styling with an officially licensed 1967 Chevy C10 body. This is a lexan body that’s pre-painted from Traxxas in metallic blue paint, officially called "Brilliant Blue" and it really does look brilliant for an RTR paint. Five other color options are available: Redline, Green Machine, Ultra Violet, Diamond White, and Midnight Black. 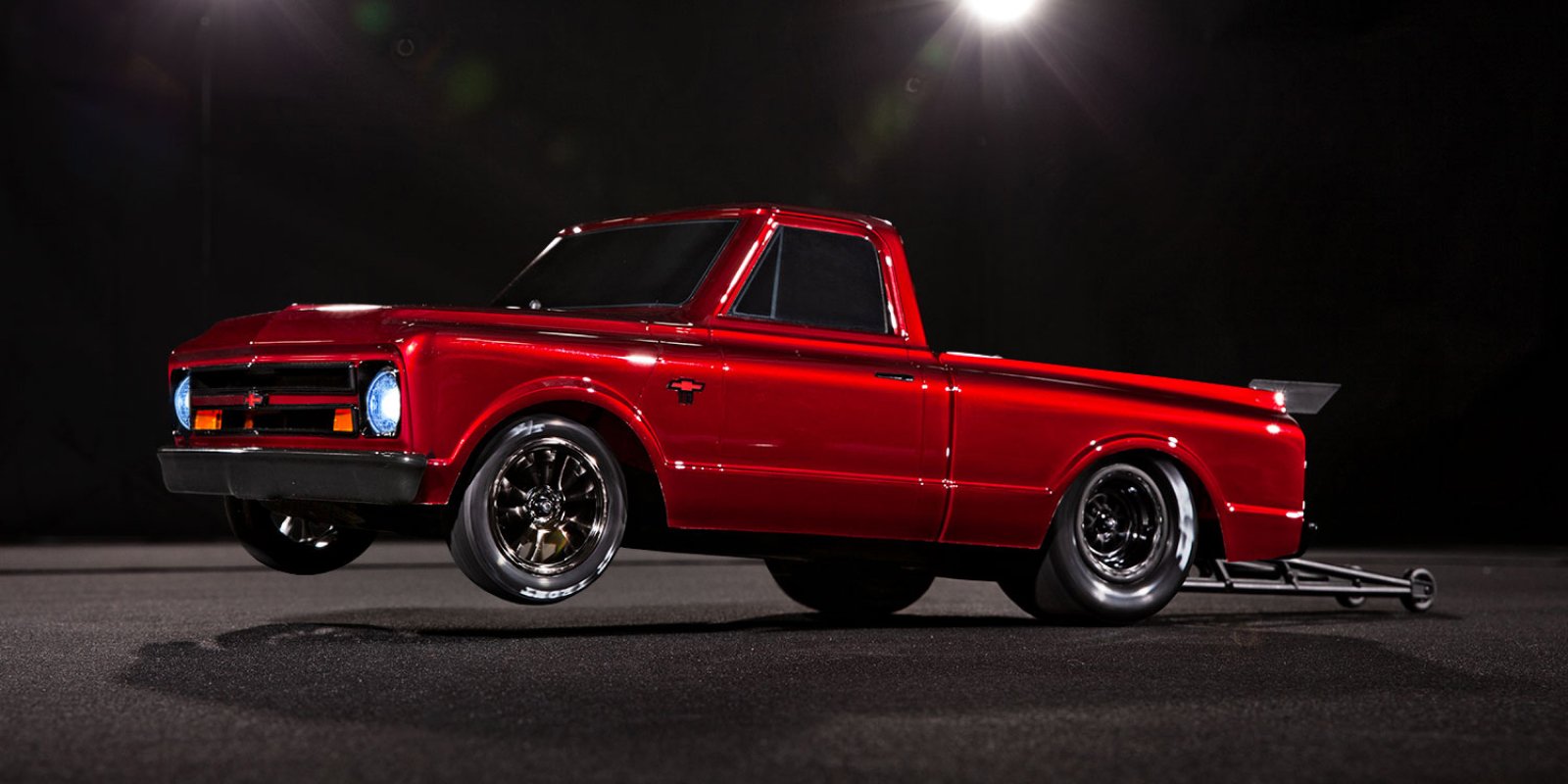 To make the body look more realistic, Traxxas added injected molded hard plastic accessories. Like the hard plastic front grill section, the parking lights, and headlights. These are proper LED-ready light buckets but don’t include LEDs, so you’ll need to add those yourself if you want them.

The sides of the body are left clean with a Chevy C10 logo and a blacked-out door handle. All the windows are also blacked out with decals.

Brett's Notes: From what I could find online, the front-end pieces were more of chrome on the real 67 C10, so for it to be all blacked out, definitely looks more sporty and aggressive.

Moving towards the back of the body, the C10 features a proper drop bed, which can be tricky to form with lexan material. This bed features a "tubbed" design like real drags, where the inner wheel wells are moved inward to make room for wider than normal drag tires. The bed also receives some detailing with decals.

Back here you’ll also find an injected molded pro-street-style wing made bolted on from the inside. This wing is functional and helps reduce drag-induced turbulence, along with just looking cool. 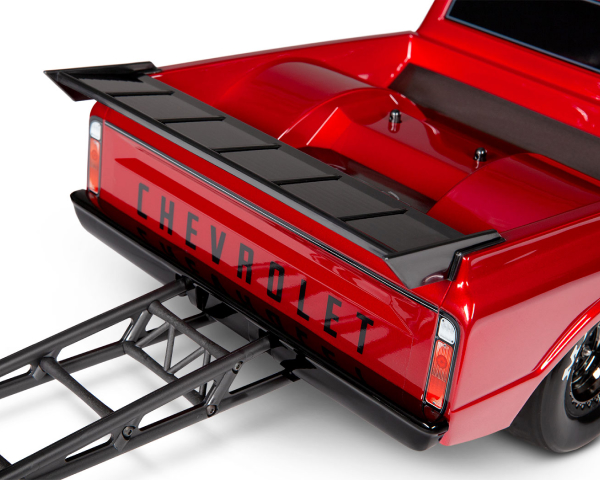 Finally all the way in the back, the Drag Slash features a few more decal details for the taillights and Chevrolet branding. Below is the second hard plastic bumper, again blacked out, and it’s been notched slightly to allow access for the wheelie bar.

The wheelie bar is pretty nice with five different height adjustments that you can access by removing two screws. There are also two different wheel sizes included (18mm and 26mm) to fine-tune the bar height and they roll directly on the plastic rod. 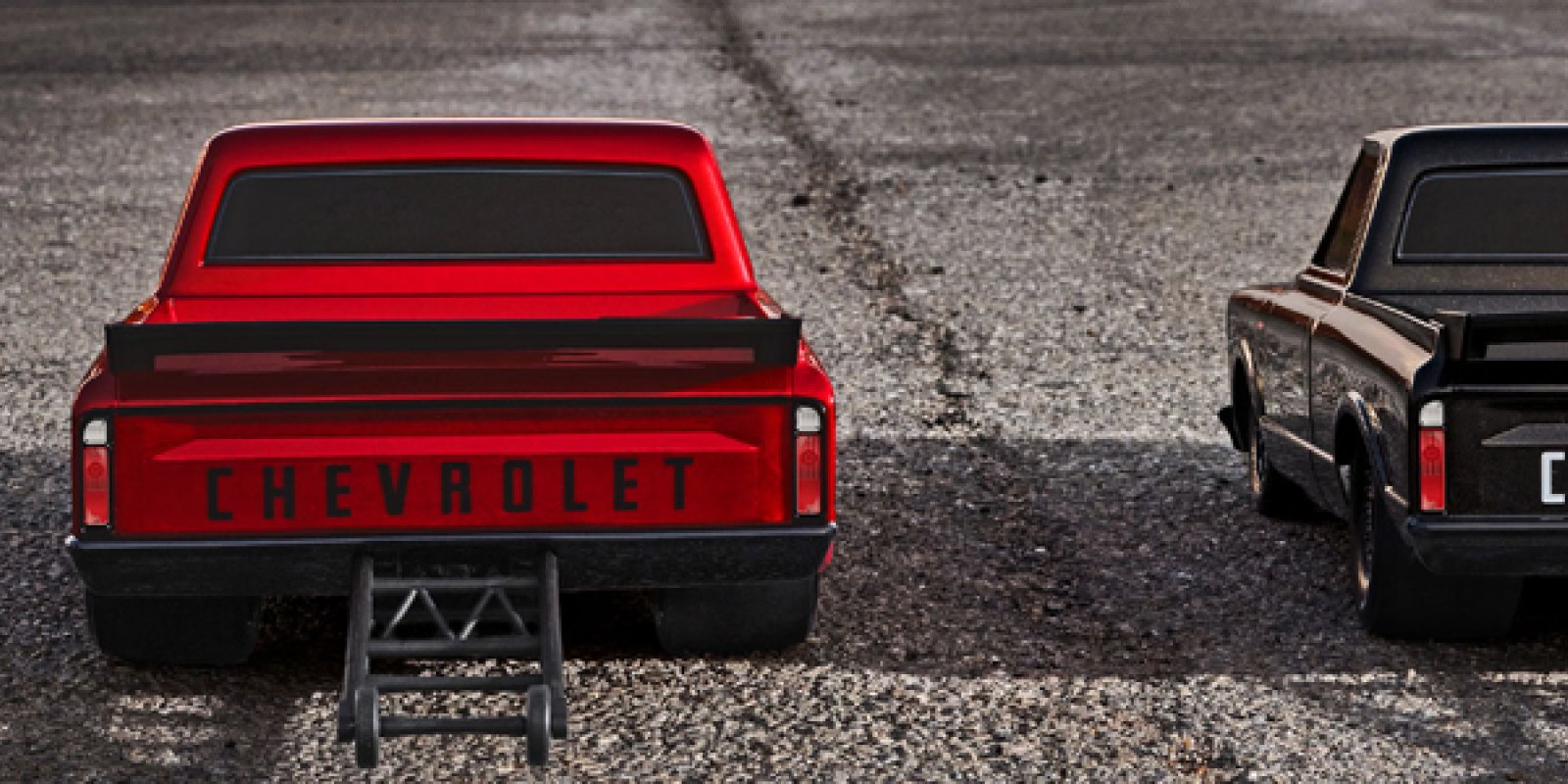 Brett's Notes: Overall, the wheelie bar has a good amount of flex, which is great in crashes and collisions or if you’re just playing around, but not so ideal for competitive racing, where a more stiff and rigid aftermarket wheelie bar is ideal.

The tires and wheels are another cool area on the Drag slash and they’re officially licensed Mickey Thompson Drag Tires glued to Weld drag wheels. The wheel fitment is a 12mm hex, so it’s compatible with all the other drag wheels and tires of this type.

The fronts tires are treaded skinnies and the rears are ultra-wide drag slicks. And they are wide. Wider than your standard drag tire and the rubber feels pretty soft, so these should be promising. 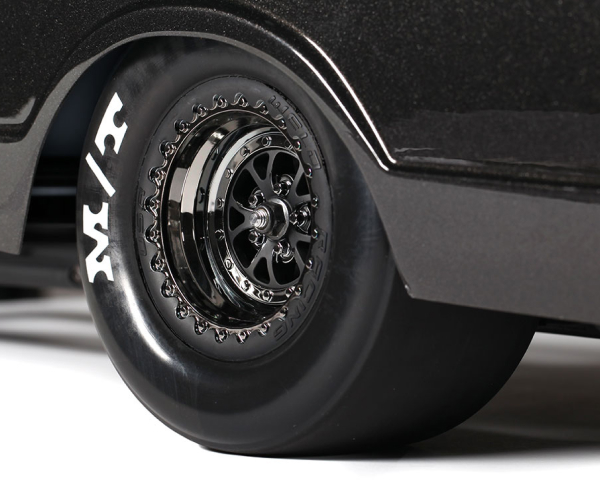 To make sure this slash is drag strip-ready Traxxas has included a special combination of parts, like the low center of gravity 2WD slash chassis. It’s also been equipped with shorter bandit buggy length suspension arms. From there, Traxxas has installed a new front foam bumper and bumper mount, the front shock tower features adjustable body mounts, which is nice because there are a lot of other aftermarket bodies out there. Perhaps that’s why the drag slash uses body clips instead of the clip-less systems Traxxas has been using more recently. 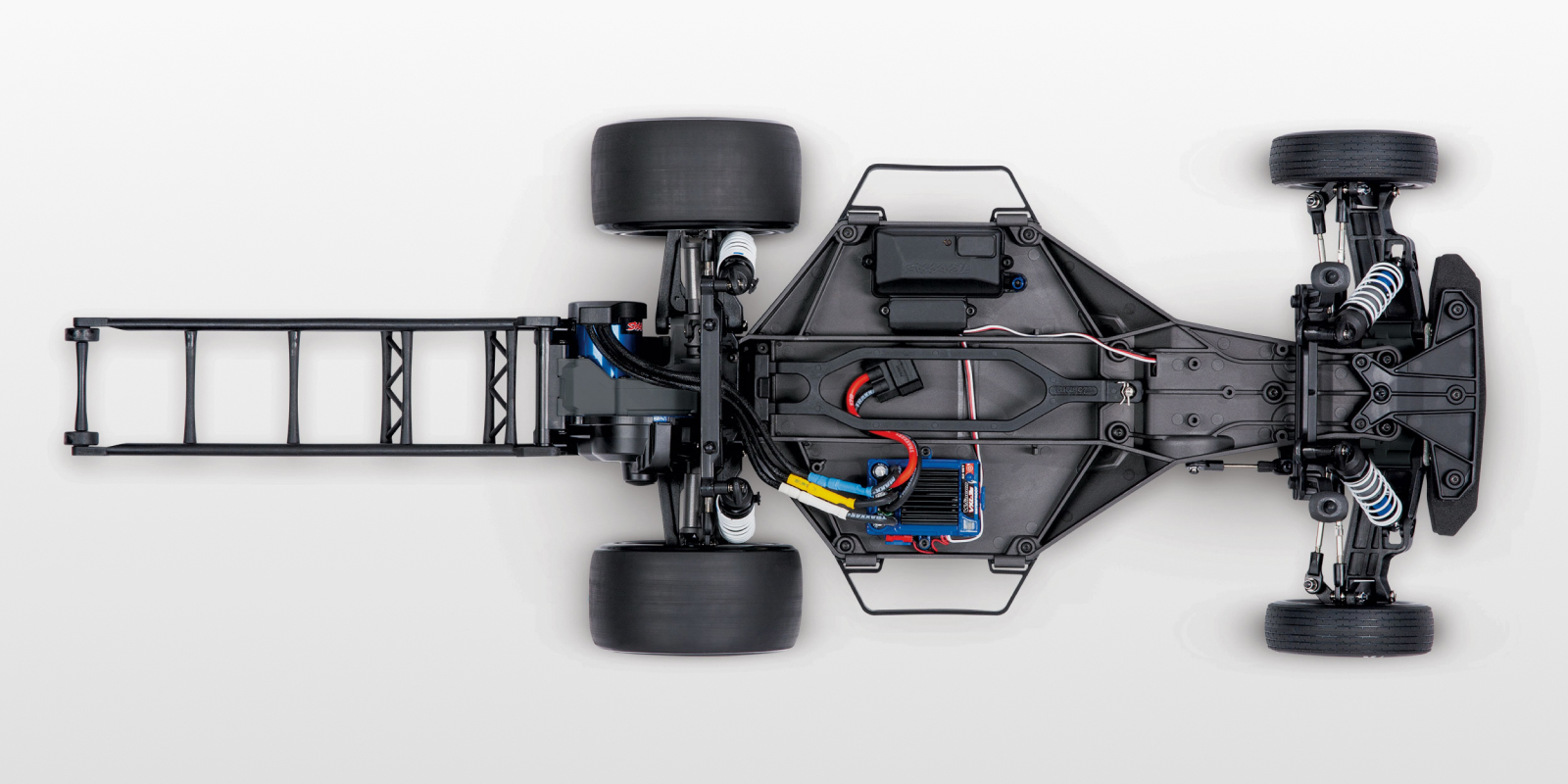 The Traxxas Ultra shocks are used and have been tuned for drag racing with harder springs, 20wt fluid in the front shocks with bump stops on the shafts, and 60wt fluid used in the rear shocks. The rear shock tower is also updated with body mounts on the top and a pass-through hole for the motor wires. 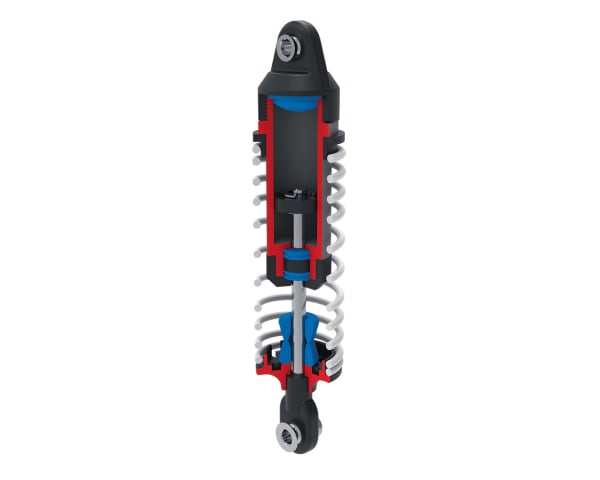 The transmission is another big update with the use of the new Magnum 272R designed to handle those instant hits of torque off the line. This gearbox is made up of two case halves with a blue anodized aluminum motor plate. The cool thing is you don’t have to tear apart the gearbox to get to the differential, you can easily access it from the bottom.

The differential and the gearbox use all-metal gears. There’s even 500k fluid installed in the diff, which is spot on for drag racing. The rear driveshafts have also been updated to the ones used in the Slash 4x4 off-road trucks. 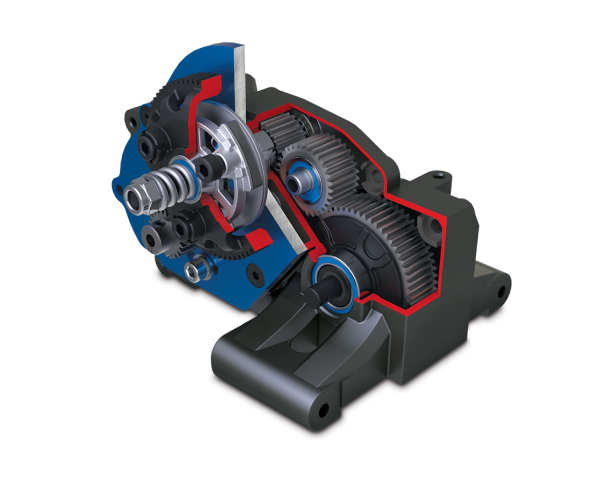 Of course, there is an adjustable slipper clutch behind the motor guard, and the use of a plastic gear-mesh insert that sets your gear mesh for you.

Two of these inserts are included, the one installed and the one with the optional high-speed gearing, which isn’t installed.

Traxxas recommends using the installed 22 tooth pinion gear for normal driving and using the high-speed 29T pinion gear for drag passes only. Otherwise, it could overstress the VXL brushless system, which is the VXL-3s ESC and a Velineon 3500kv brushless motor.

HOW FAST IS THE DRAG SLASH?

As you may know, you can’t use a 3S lipo to drag race, and the rules state, only a 2S can be used. Because of this, the Drag Slash comes geared and configured for 2S use and Traxxas recommends this 7600mah 2s LiPo. The truck is compatible with 3S LiPo’s too, and of course, we test both. 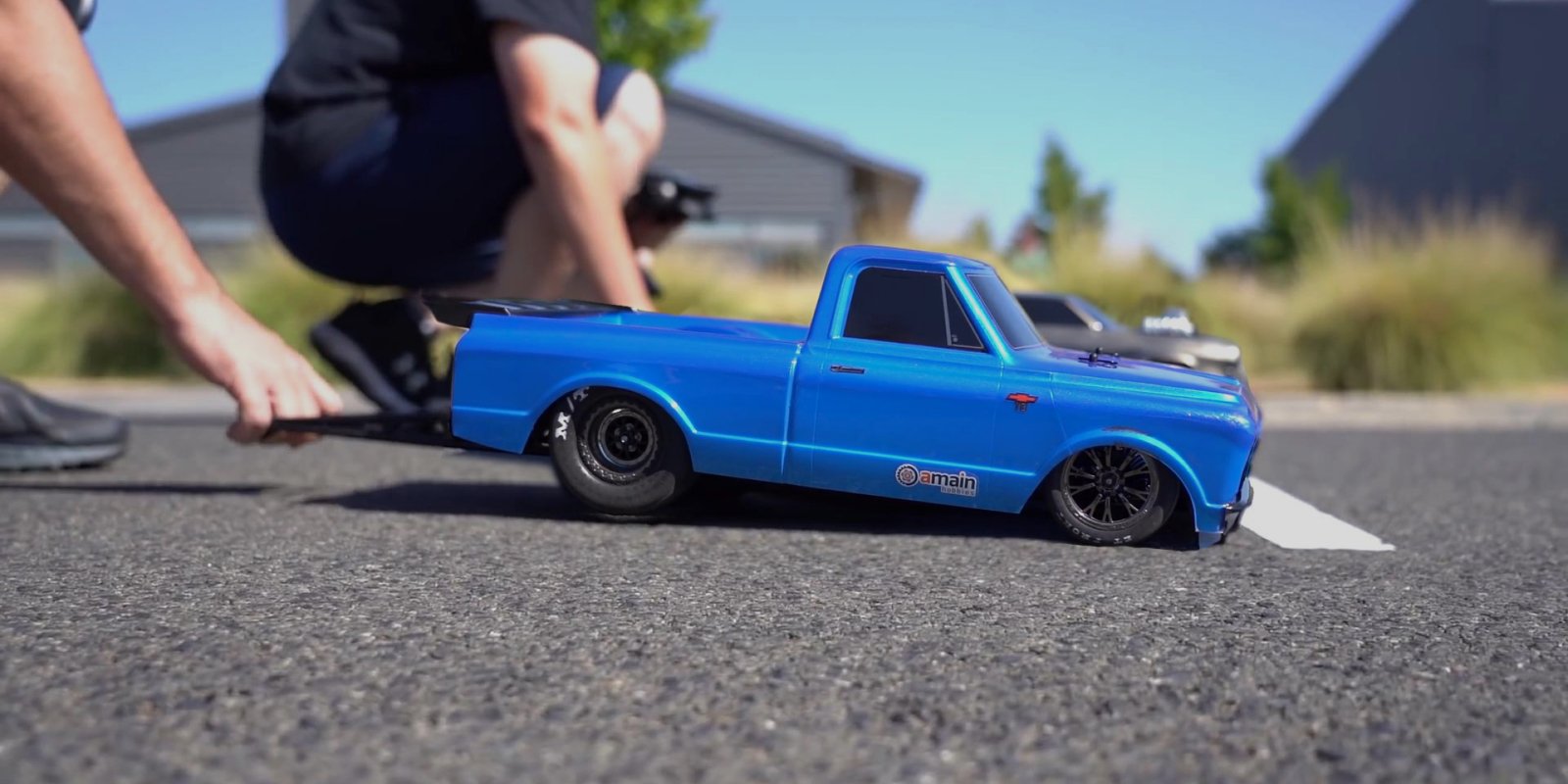 With our fully charged 2S LiPo battery and using the installed 22T pinion gear, we were able to achieve a top speed of 39 MPH. We then changed the gearing to the high-speed 29T pinion gear and tried again, and after a few passes, we achieved a top speed of 54 MPH.

Now we know the VXL-3s system is 3S lipo compatible, but as we mentioned earlier, Traxxas tuned the Drag Slash gearing for 2S use, because 3S is not allowed for drag racing. This means a 3S can only be used briefly for a high-speed run, As pointed out in the manual, this puts us at a level 5 skill level which means it’s for experts only.

Last but not least, we put on the 29T high-speed gearing, and let it rip, and... the car is too powerful! It just wheelies if you pull the trigger all the way. Even if you’re already booking it. But in the end, we reached 62 MPH.

As a quick band-aid, we grabbed some adhesive ProTek RC weights and added one strip of 55 grams on the front bumper to keep the front down. Then we tried again, but it wasn’t very helpful. So, we added a second strip for 110 grams of extra weight, and it helped quite a bit. In the end, we were able to achieve a top speed of 65 MPH. 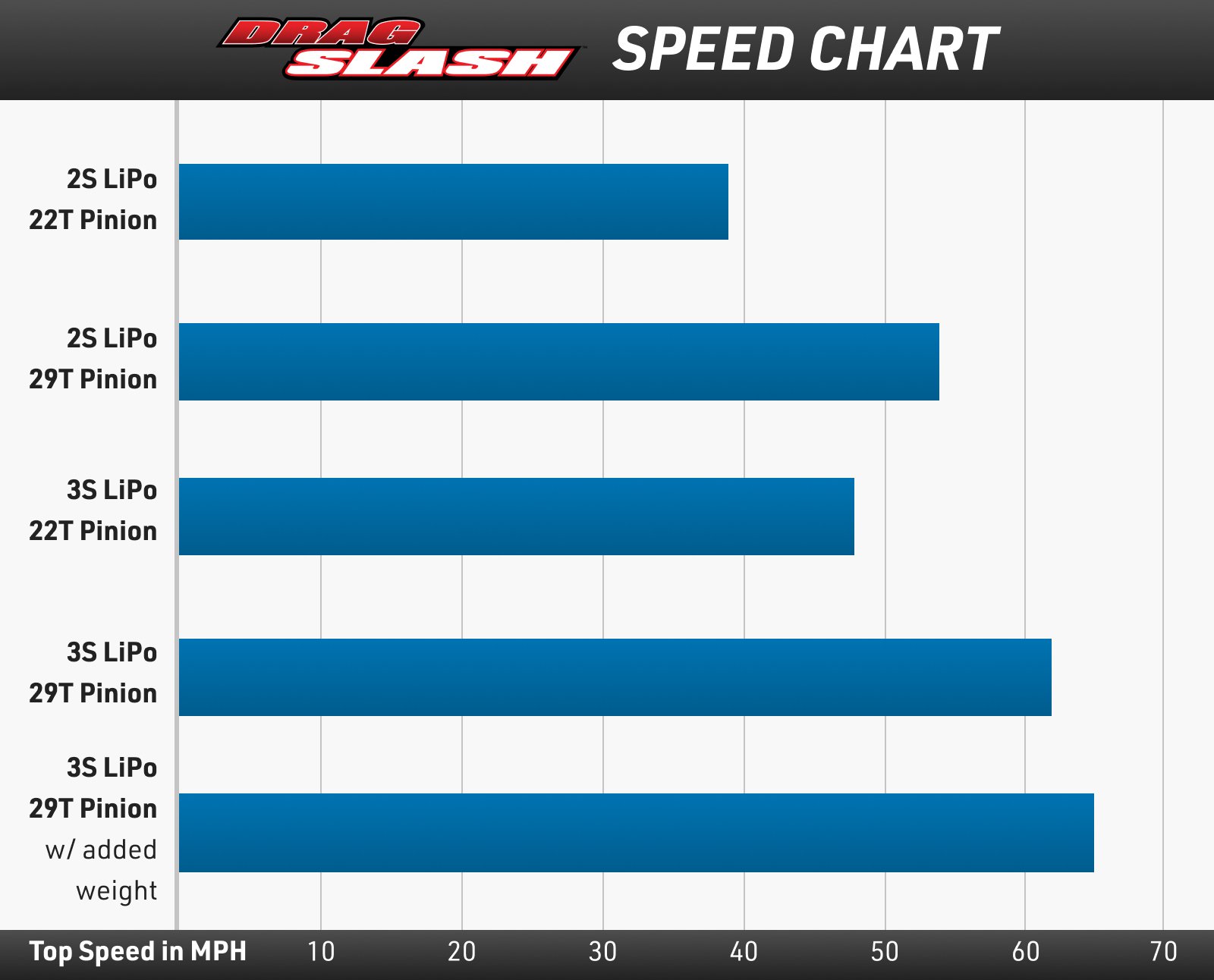 Like with other VXL vehicles, the Drag Slash is equipped with TSM or Traxxas Stability Management. We found it best to turn down the TSM for straight-line, high-speed runs. The TSM can be a great help though for other applications, but for anyone wanting to compete in drag racing, TSM assistance is not allowed. Traxxas gave this car TSM with Drag Mode, which turns off the TSM assistance with visual feedback from a blinking light on the receiver. The idea is that if you go through a tech inspection before your race, the techs can visually see that the TSM assistance has been turned off. For general driving and bashing around, the TSM can be a great help, but it’s a big no-no for racing.

What is allowed, is the new Trans Break, which is intended to allow you to launch the car faster. Essentially, you hold down this trans brake button with your thumb, pull the throttle to the point you want, and then release the trans brake to launch. With a little practice, it becomes faster to release the trans button than to pull the throttle trigger. It’s a nice drag-inspired feature that should be particularly useful on the stip.

Something else that’s useful if you plan on racing, would be to install the aluminum steering rack set from Traxxas. Only because it’s a direct system without a servo saver, unlike the system in the drag slash. Servo savers are great for absorbing impact energy and saving your servo, but they also can make the steering feel spongy, less precise, and not center as well.

The extra-wide Mickey Thompson tires on this car are really good, and so far the best RTR drag tires we’ve tested. They’re also some of the best-looking tires and wheels we’ve seen.

But because they generate so much traction, street bashing on abrasive high traction surfaces is not so good. It’s much harder to toss the car around, power slide, or anything like that. The car doesn’t want to be driven like that or it will traction roll.

On the other hand, with low traction surfaces, the car is much more tossable and slides around better without rolling over. Although performance is not as great as a dedicated street basher, it can be done.

Ultimately, the Drag Slash is a drag car. It not only looks the part, but Traxxas has set up and tuned the car specifically for drag racing, for going straight… and fast.

The tuning could be set up for bashing, but that’s not how the car comes out of the box; instead, this is meant to be a drag car. And I think Traxxas has pulled it off rather successfully, with drag-tuned shocks, differential, transmission, transmitter, tires, and wheels. 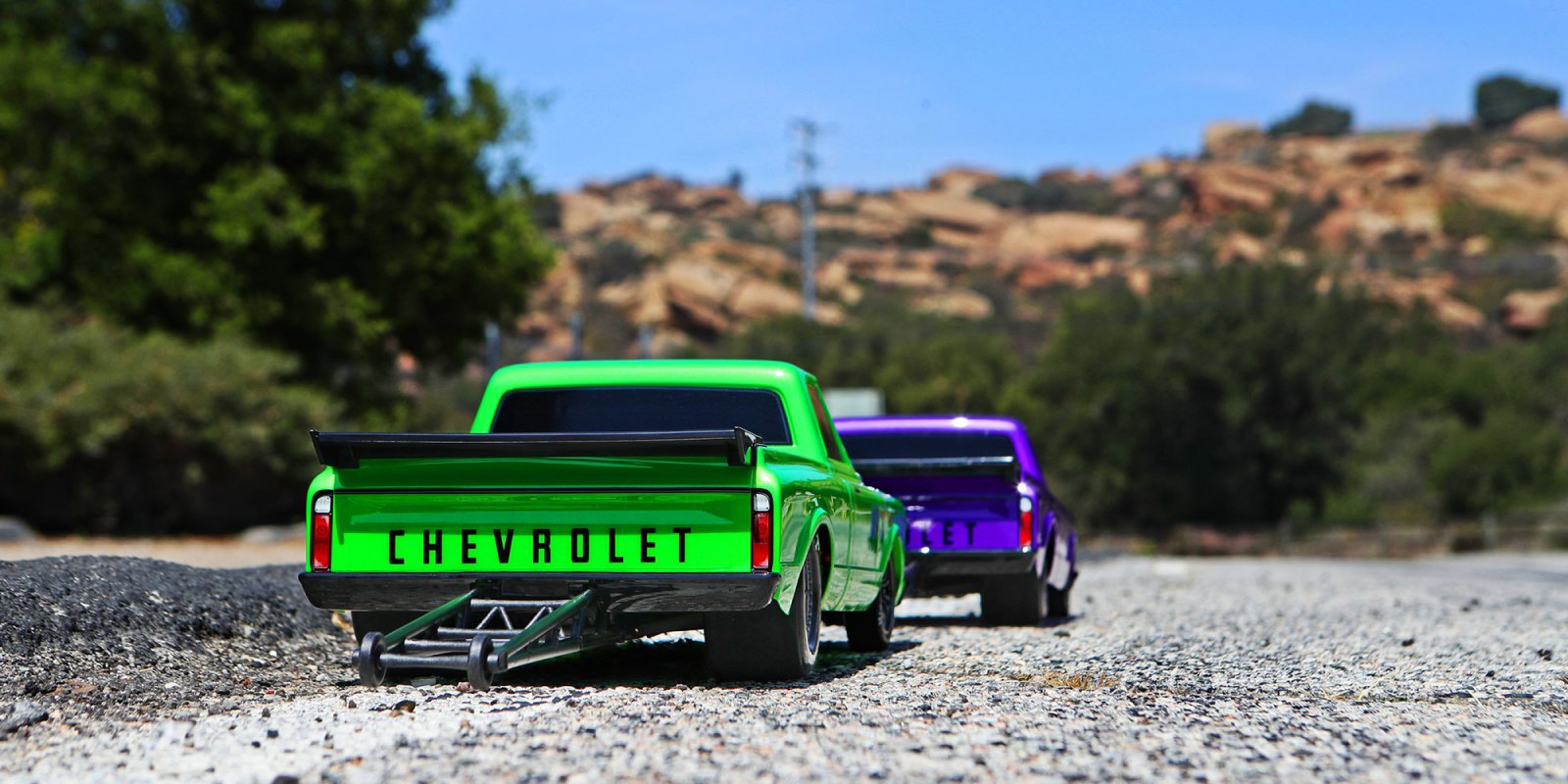 The Drag Slash treated us pretty well with a few minor issues, primarily the tires. They expanded so much they rubbed on the chassis and side guards. Probably when we did our 65MPH speed run. The tires also rub the wheel wells, removing paint, which you can remedy by putting decals over these spots when the body is new. 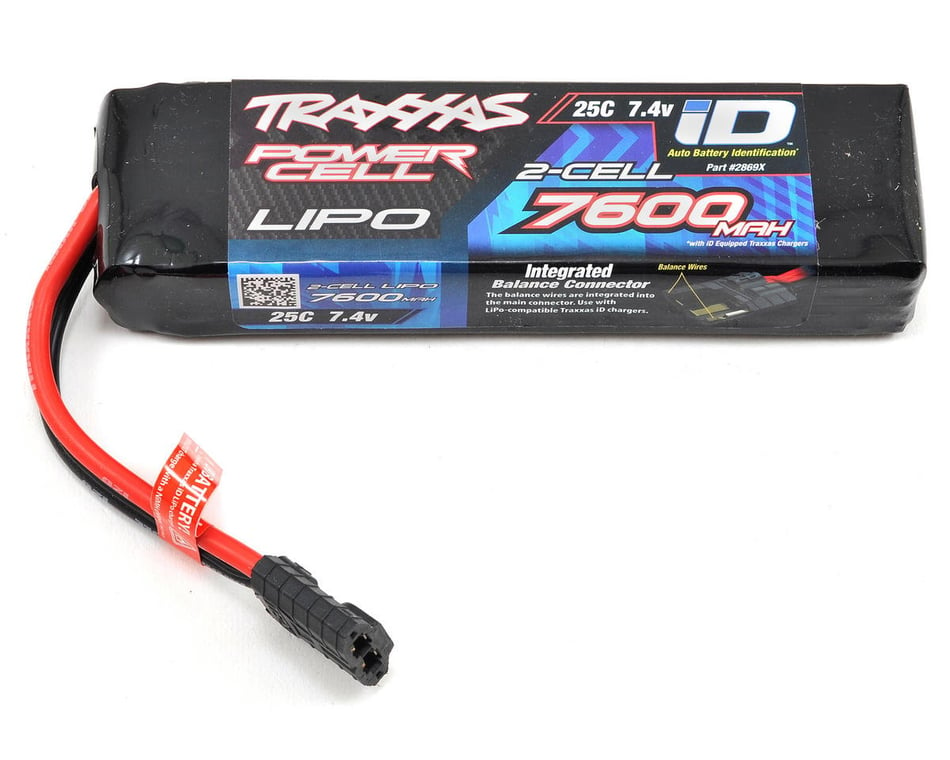 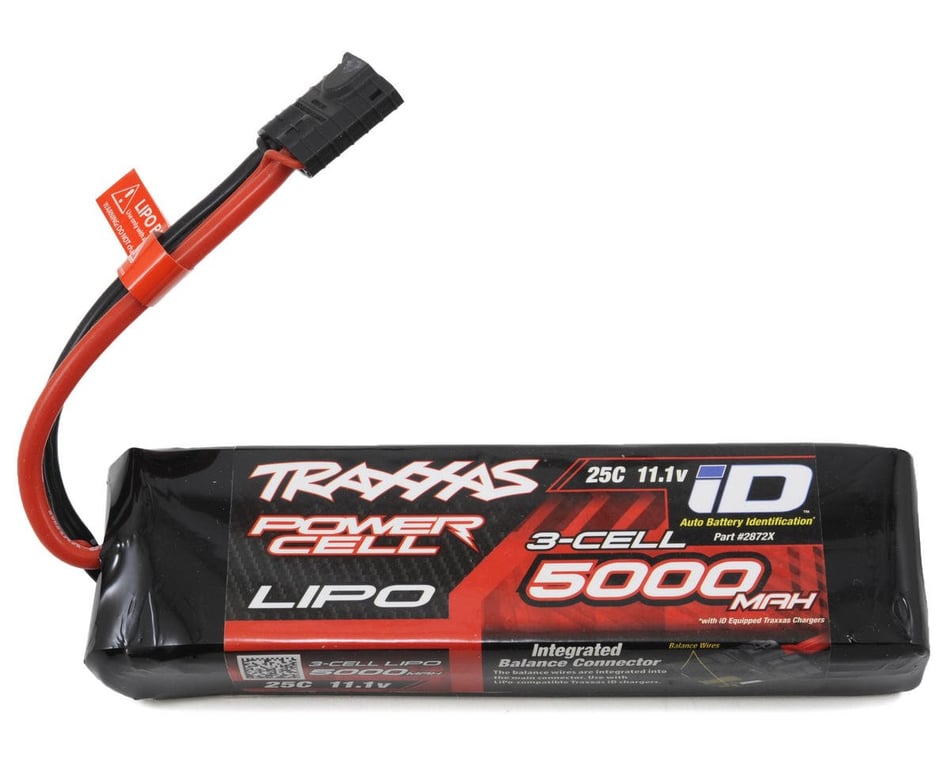 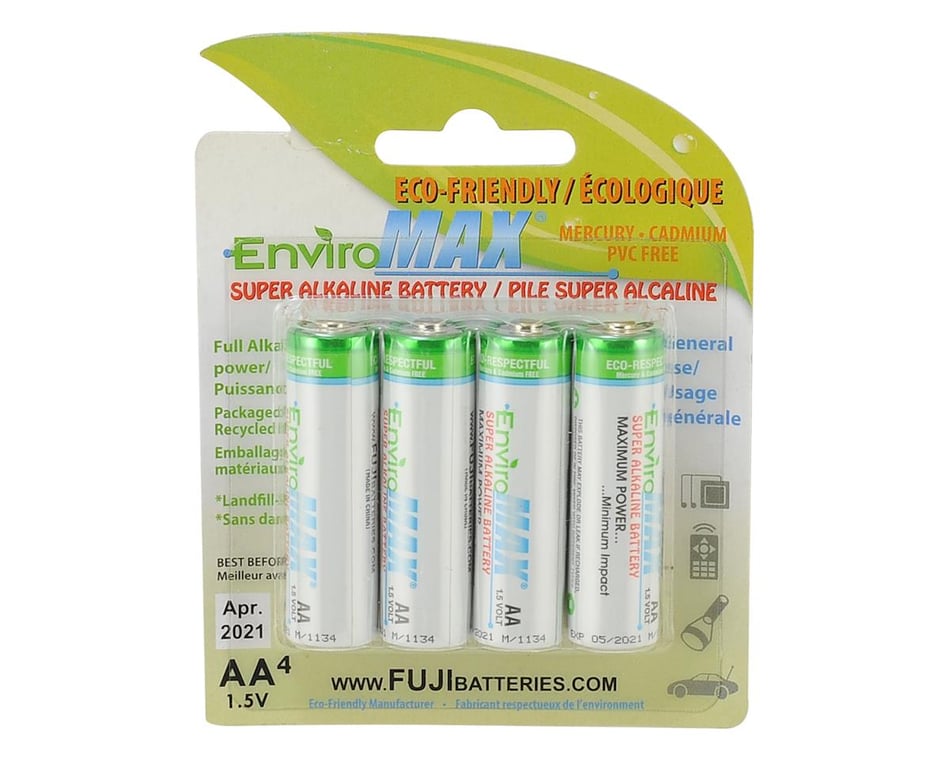 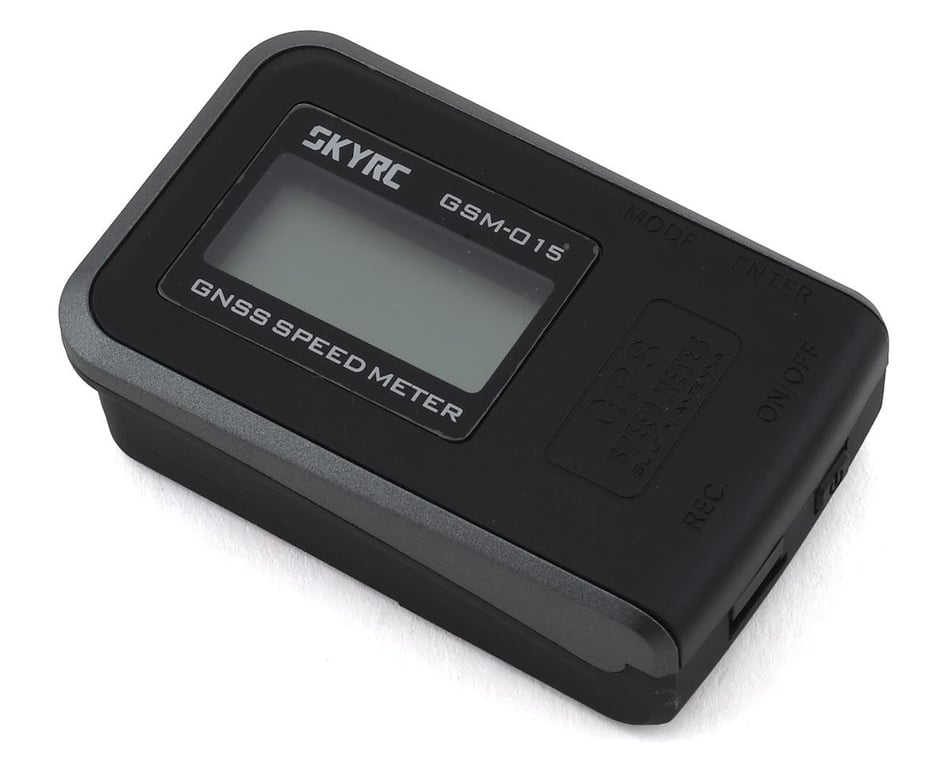