If you're a fan of street stock dirt oval racing then you're going to love the SR10 Dirt Oval Car from Team Associated. This ready-to-run RC car comes equipped ready to hit the track with a cool street stock body and styling that makes it just as fun bashing around the neighborhood as it is on the dirt oval.

Today we’re taking a look at the Team Associated SR10. We’ll take a look at some of it’s features and break down what you may or may not need if you’re wanting to get one.

The SR10 is a 1/10 scale buggy based street stock oval car. For it’s proportions it’s a great looking re-creation of the full-size street stock racing class and should have the performance to match. The SR10 comes assembled with configured electronics and the body painted and ready-to-go. Aside from spare parts and the instructions manual, the XP120 two-channel transmitter is also included. It features trims and dual-rate dials, and requires four AA batteries which are not included.

The SR10 also requires a battery pack to run, so if you don’t already have a battery and charger, the SR10 combo might be the way to go. It includes a two-cell LiPo battery and a LiPo charger for only $60 more. That makes it a pretty good deal for those that are new to the hobby. 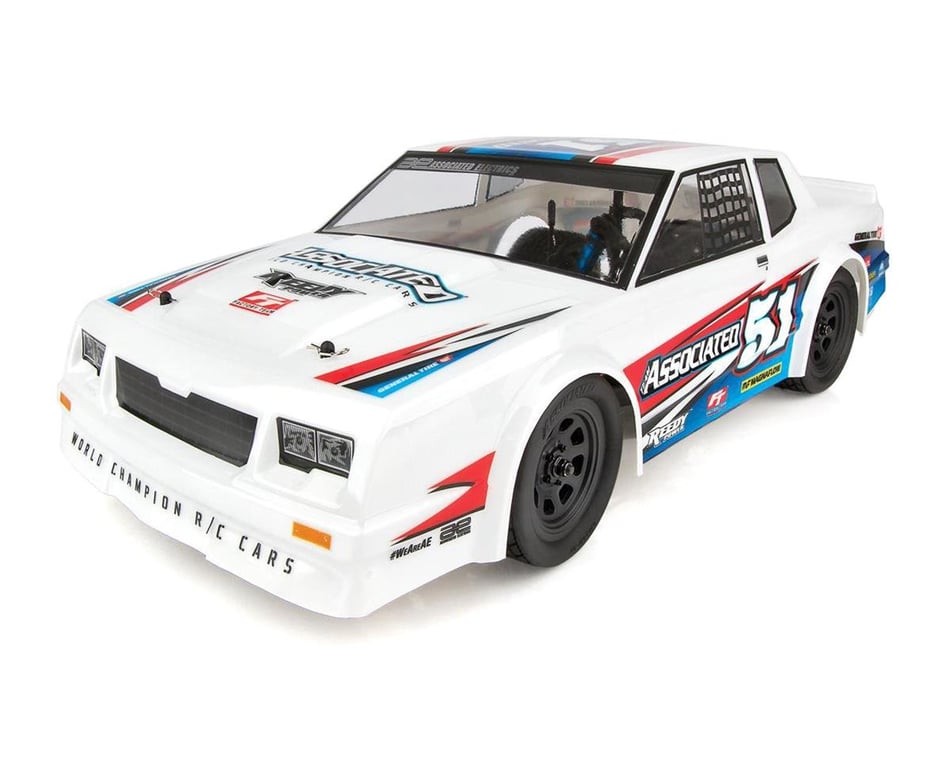 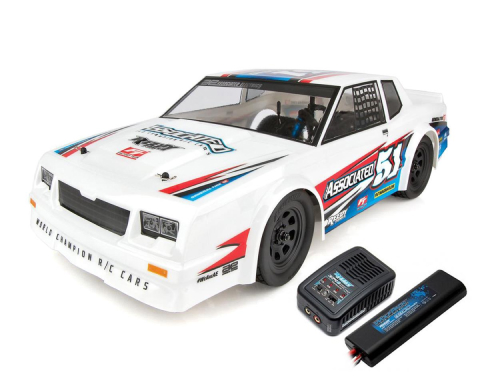 The SR10 can run on either a 2S or 3S LiPo battery. If you’re racing, you will likely need a 2S to be within the rules. If you’re just driving for fun, a 3S battery is more powerful and will give you a faster top-speed.

*It can also run on a 6-cell NiMH battery. 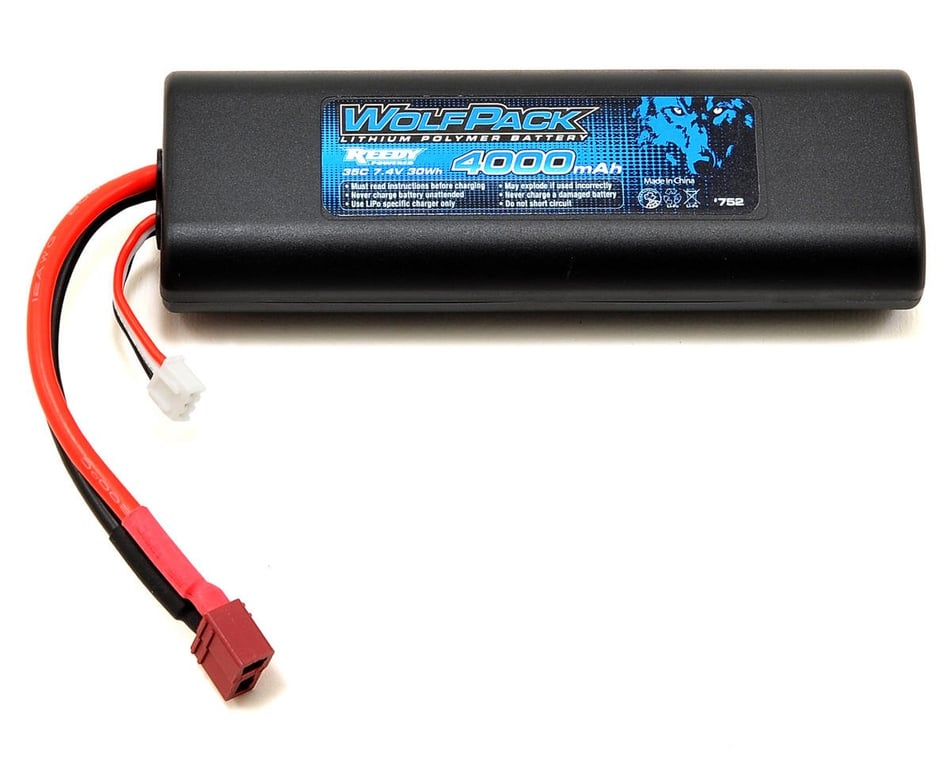 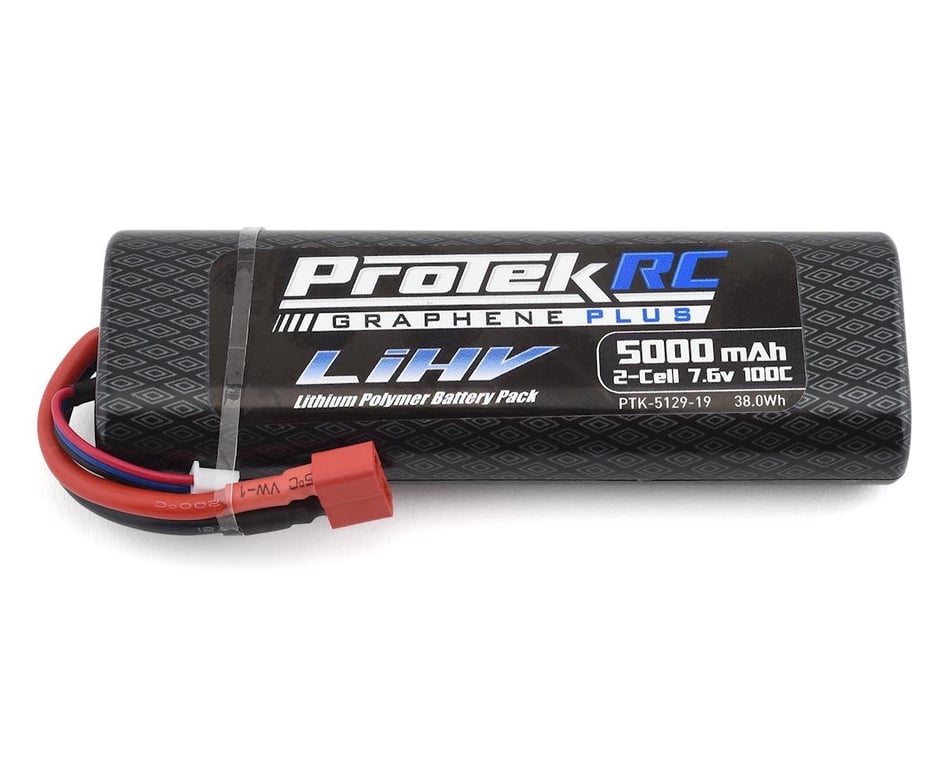 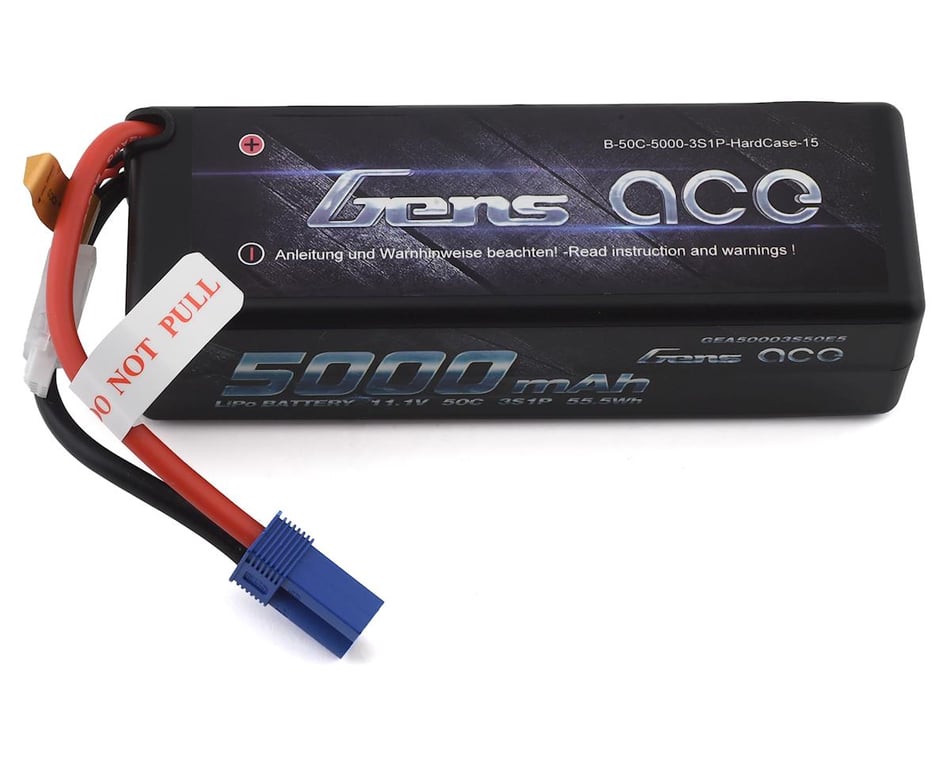 How fast is the Team Associated SR10?

The SR10 achieved a top speed of 21 mph when using a 2-cell LiPo. When we switched to a 3 cell LiPo we reached a top speed of 31 mph. But like we said speed isn't everything with this racing class!

The one-piece street stock lexan body has been painted white and decorated with decals to enhance the scale realism. The racing livery decals are used for the grill, head lights, tail lights, blinkers, door handles, window netting, and more. Thanks to the folks at Area 51 Design Team at Team Associated, the SR10 sports the number 51 with red, white, and blue racing colors.

The lexan body features a molded-in rear spoiler and wide fenders that cover the tires.

These tires and wheels are rather good looking themselves, with the tires featuring a street stock inspired tread design. These tires are glued to the lightweight wheels that use a 12mm hex. This is a common hex size, which makes it easy when looking for aftermarket wheels. 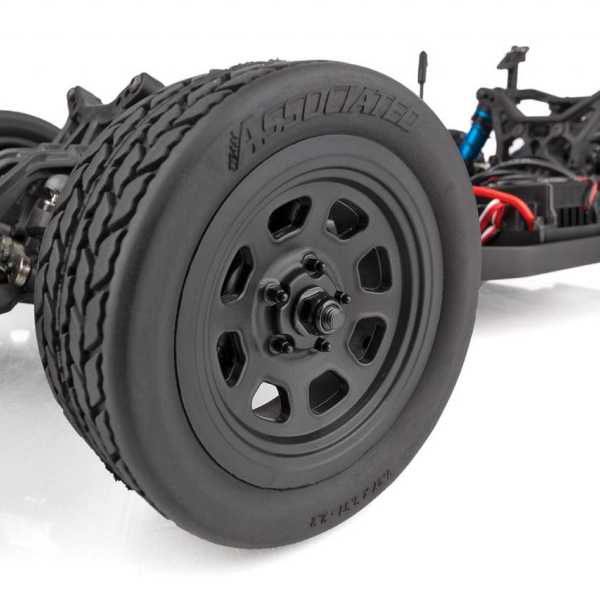 The body on the SR10 looks really good! But the meat and potatoes of this vehicle starts with our chassis which uses an independent suspension, big bore 12mm oil filled shocks, adjustable steel turnbuckles, easy adjust hook and loop battery straps, a three-gear transmission with a gear differential, and a rear motor placement to grab as much traction as we can. The SR10 also uses captured CVD’s to transfer the power, not dog bones. 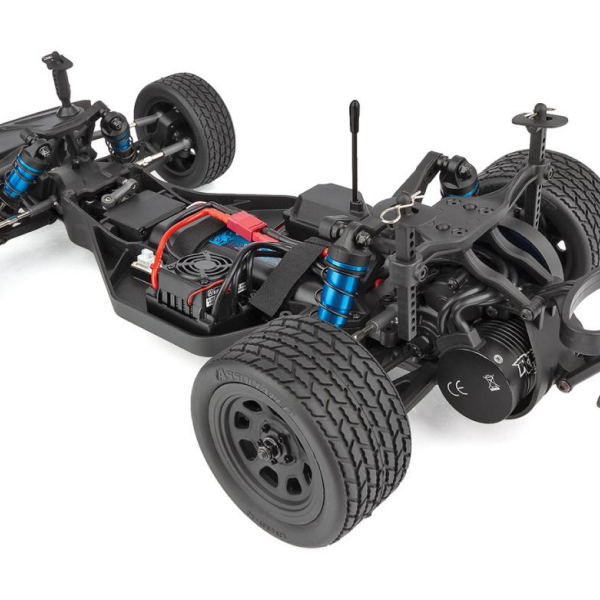 The bumpers on the SR10 have also been upgraded for more bumping and rubbing while racing, with an extra absorbent tube bumper used in the rear and in the front a hard plastic mount with foam pad. The body mounts on the SR10 are also an updated design and they're adjustable to fit aftermarket bodies.

Last, but not least, the electronics. For steering, the SR10 features a Reedy 0712MG Metal Gear Servo. The ESC is a Reedy SC600-BL Brushless Speed Controller. It’s 2S and 3S LiPo compatible, water-resistant, and uses a T-style battery connector. It’s also compatible with NiMH, but only once you switch the battery mode on the ESC to NiMH (page 2 of the manual).

As for the motor, it comes with a Reedy 3300kV Brushless Motor and it’s the fastest motor you can use with this ESC on 3S LiPo power. The receiver comes sealed in a water-resistant box and is paired with the transmitter from the factory. It features Dynamic Vehicle Control (DVC) technology. This is a gyro system that helps you keep the car straight in loose conditions. This is an adjustable feature, it can be turned up, or even off entirely, but is set at medium out of the box.

Although they look similar, they are not the same. The DR10 uses a short course truck chassis, making it longer than the SR10. On the other hand, the SR10 utilized a buggy based chassis, making it’s size on par with a 1/10 racing buggy.

Click here to learn more about the Team Associated DR10.