We put down laps on the dirt track to burn some rubber. Specifically, long wear rubber compound tires, for off-road racing. These tires are designed to last longer with certain track conditions, and they're able to withstand higher heats, but can they? Well, we tested them. How do they hold up? Let's find out. 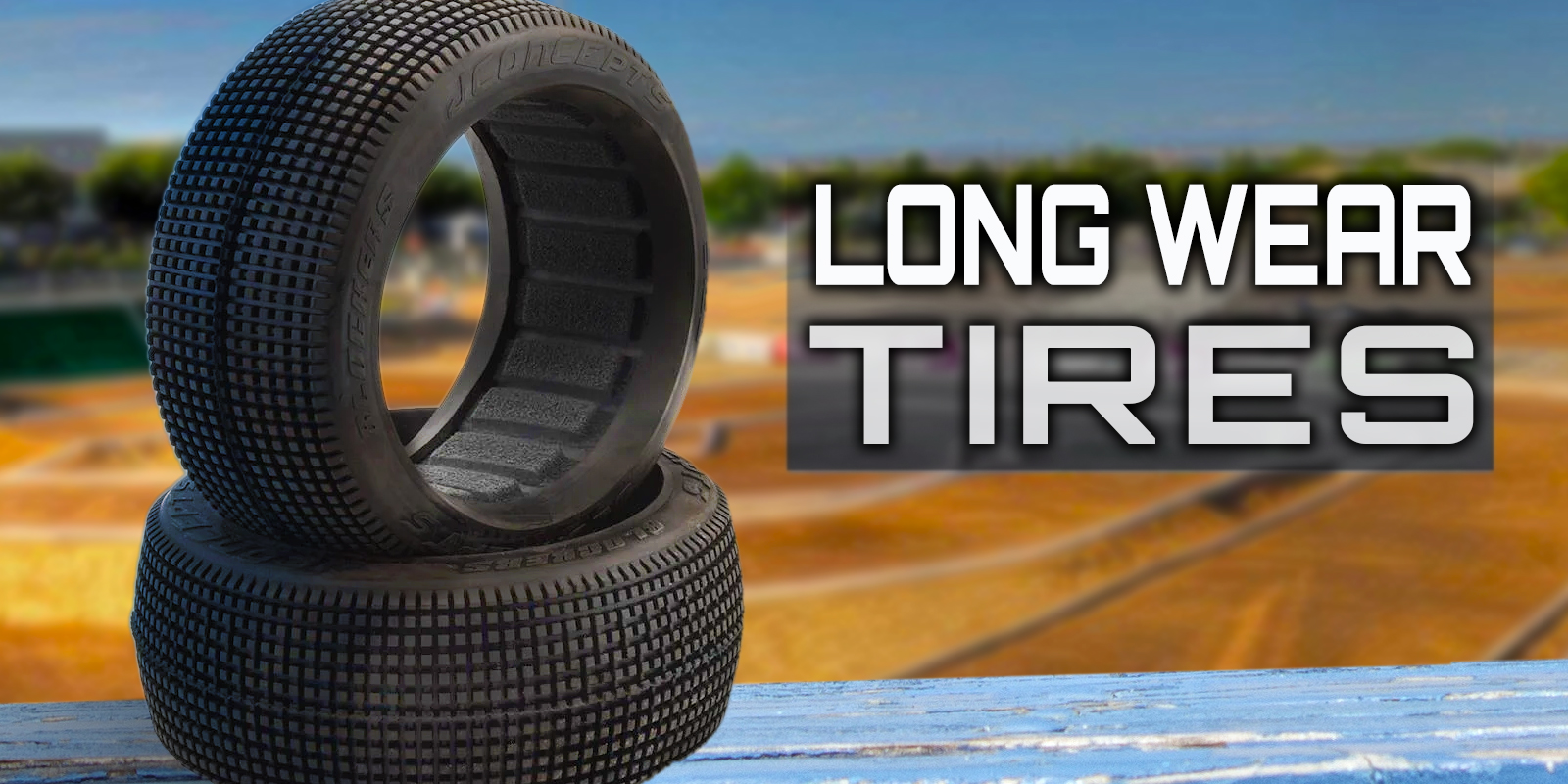 What are long wear tires?

For anybody not familiar with long wear tires, they're just normal-looking rubber tires that happen to be made out of a special rubber compound—designed to hold up better and be more resistant to heat while still providing adequate traction on the surface.

Why use Long Wear R/C Tires?
Long wear compounds aren't for all applications. They're meant to be used in really harsh conditions, like when it's scalding out and the track is dry and abrasive. These conditions impact the lifespan of a tire, plus it affects the tire's ability to hold its shape and form.

If the tire becomes too heat-washed and soft, it'll just basically fold over on itself. Thus, hindering your performance and making the car feel squirmy on the track. Instead, long wear tires tend to hold their shape better and have better wear characteristics when used in those harsh environments. 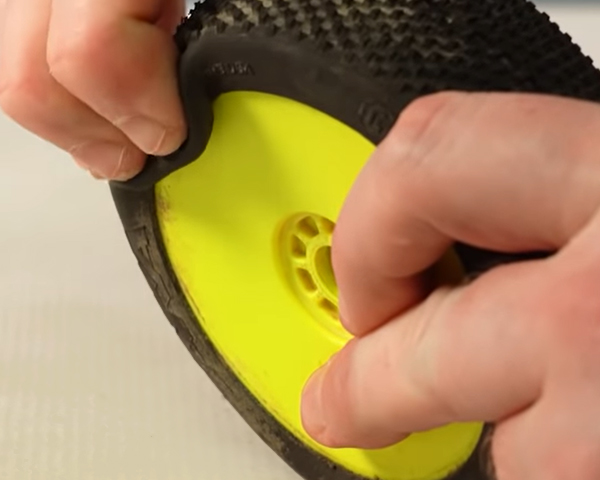 Make sure you are getting the right tires.

Always check the tire charts. The JConcepts chart shows a few long wear compounds, and the Aqua2 are perfect for our track as they are suitable for dry groove applications. The Aqua2 compound takes the place of the long wear for some of their tread designs.
The AKA tire chart uses a second yellow dot to indicate long wear tires. While Pro-Line's long wear tires are their S2, S3, and S4 compounds.

Note: Most brands recommend a temperature range for usage. However, you will also want to consider how abrasive your track is. 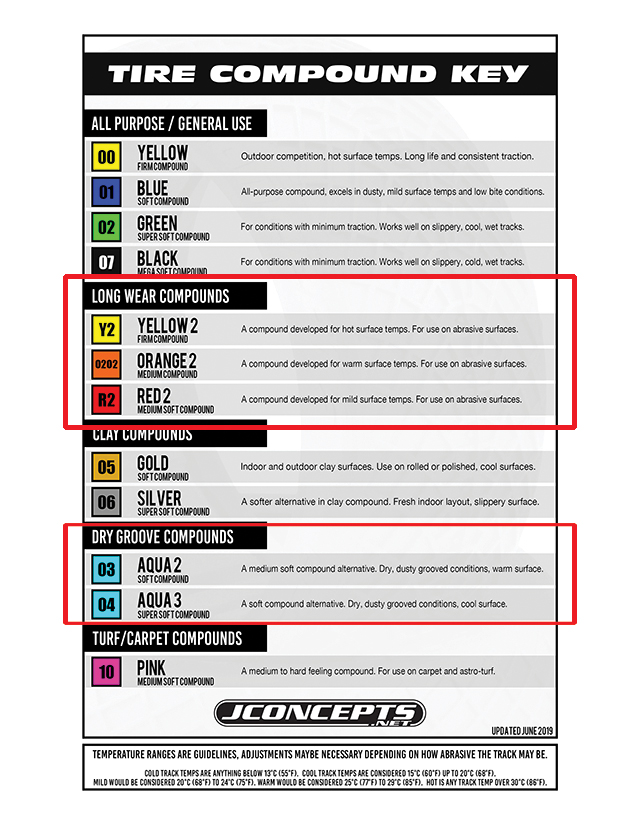 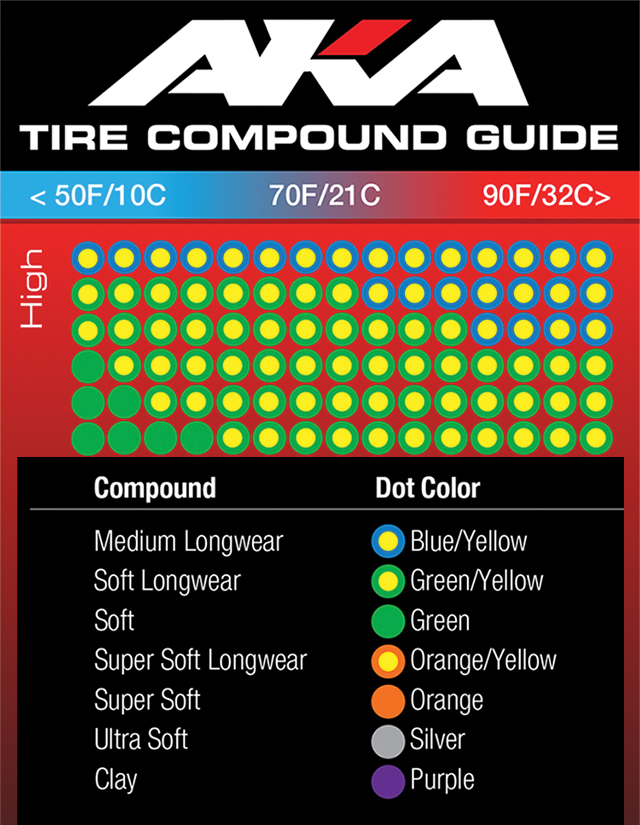 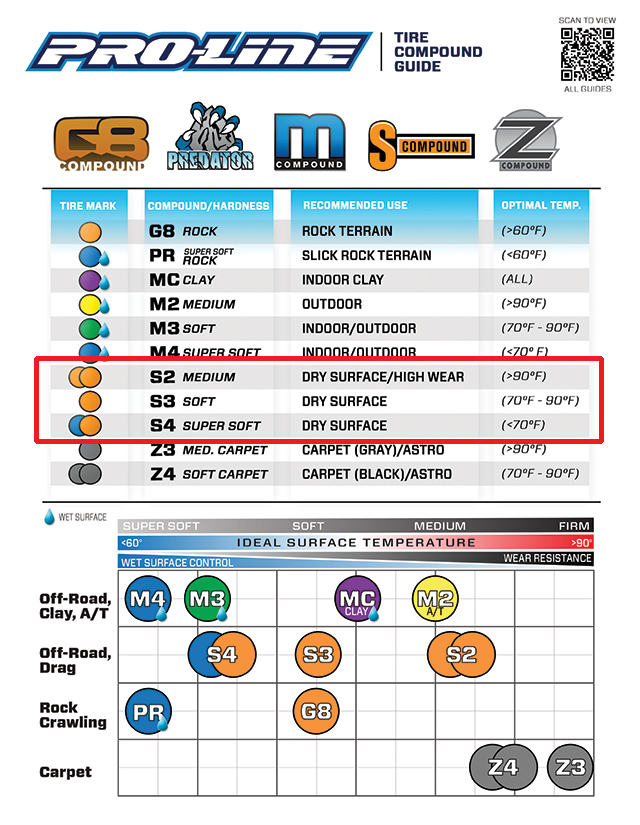 Time to track test these tires.

We used our Silver Dollar R/C Raceway, for testing. The track is normally nice and watered, but we've stopped and let it go dry. In this state, the surface is hard, it's packed, it's cracked, and it's dried up. It has a mostly clean high-traction racing line with some fluff on the edges. However, if we stay in this line, the surface would eat our tires for breakfast.

So, there is tons traction to test our tires. 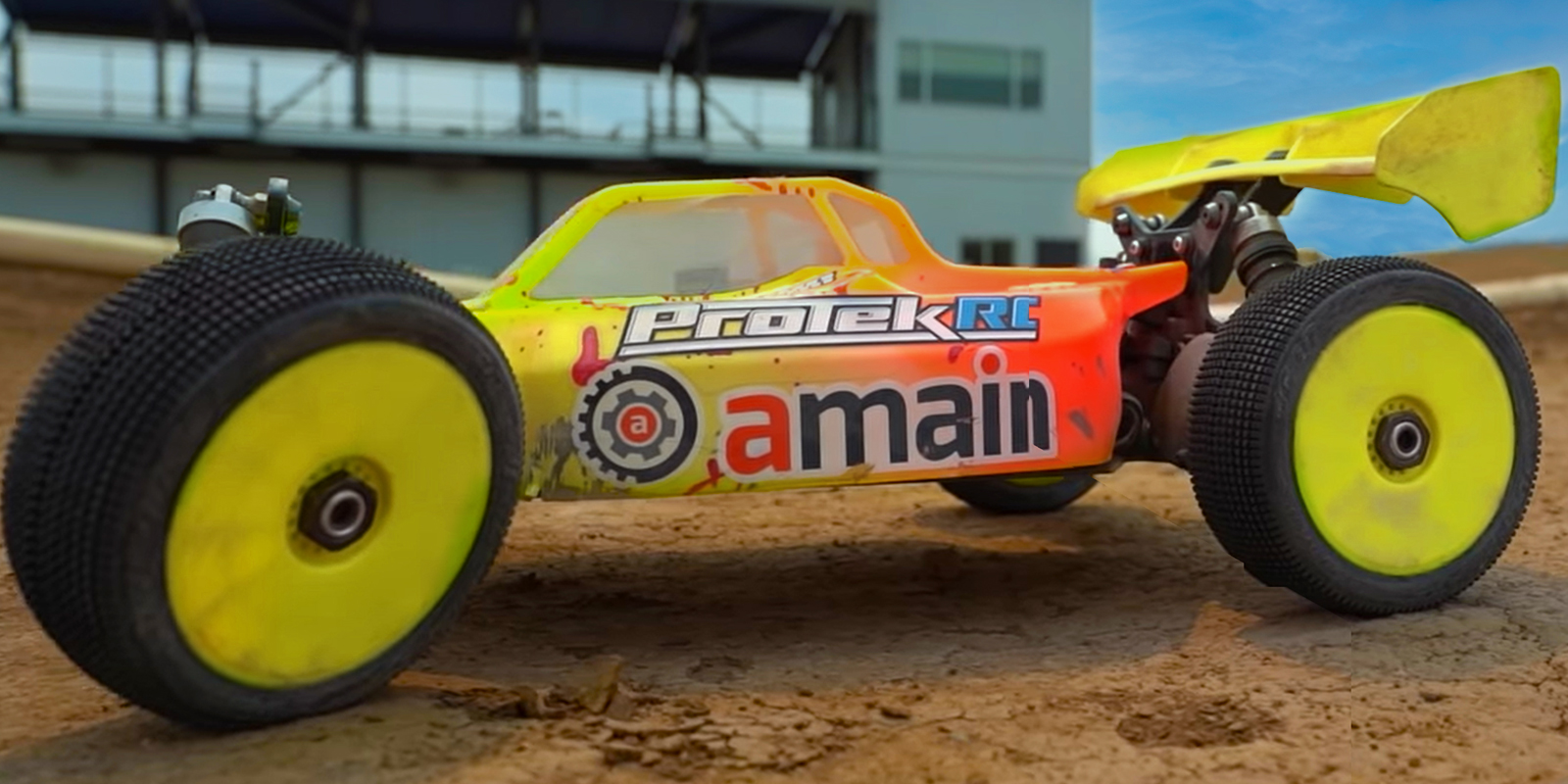 We're Using the MBX8 for our test runs.

It belongs to our AMain Hobbies CEO, Kendall Bennett.

Kendall has put in a Tekin 1900kV Gen3 motor, a Reedy ESC, and we'll be powering this buggy with a ProTek 6500mAh 4-Cell LiPo battery. 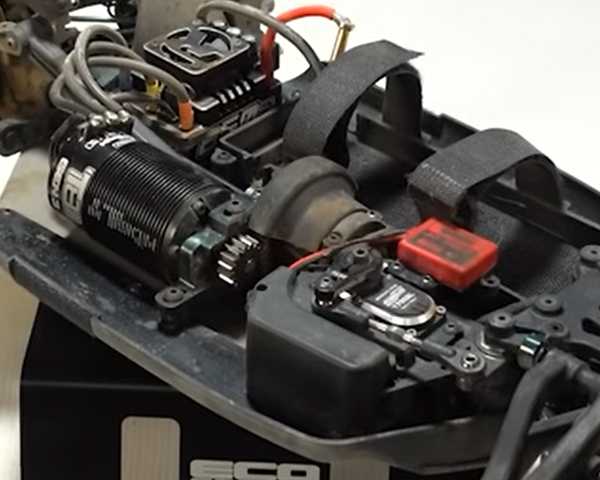 What tires did we use in this comparison?

For our first test, we used JConcepts 1/8 scale Blockers, in a standard Blue compound. The second set is the JConcepts Aqua2 compound, which is the long wear for this tread design.

These tires need to be glued and mounted, so we paired them with the JConcepts 83m Bullet wheels. If you're curious how we glued them, we popped two vent holes in the rubber, cleaned off the mold release, added glue, cleaned the excess, and added tire bands.

We weighed each of our assembled tires.

And, found something interesting, both sets of tires are using the same inserts, the same wheels, the same glue, the same amount of glue, everything!

Yet, the long wear tires were on average, two grams lighter than the blue compound. 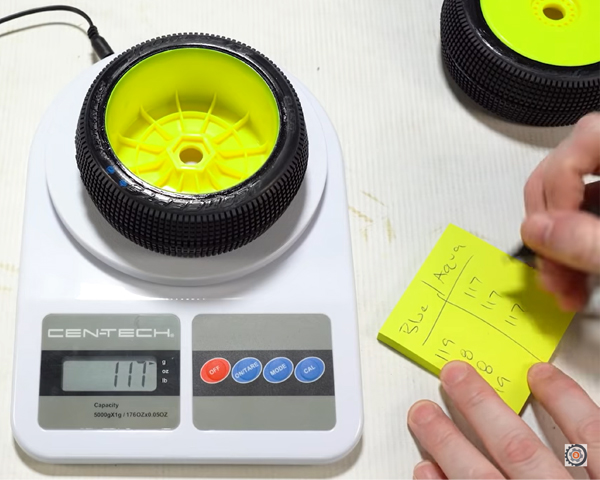 Up first, we drove the blue compound blocker tires intending to go for 10 minutes. The outside temperature was 100° Fahrenheit, the track surface temp was 138°, and our tires were about 98°. We tempt them again after our run.

Unfortunately, we were only able to drive for about 8 minutes 47 seconds before the vehicle went into a thermal shutdown. So, we just pulled it in and tempt the tires. They were about 132° and featured a significant amount of wear on the front and the back tires. But, the fronts were worse, with entire lugs missing in a few sections. 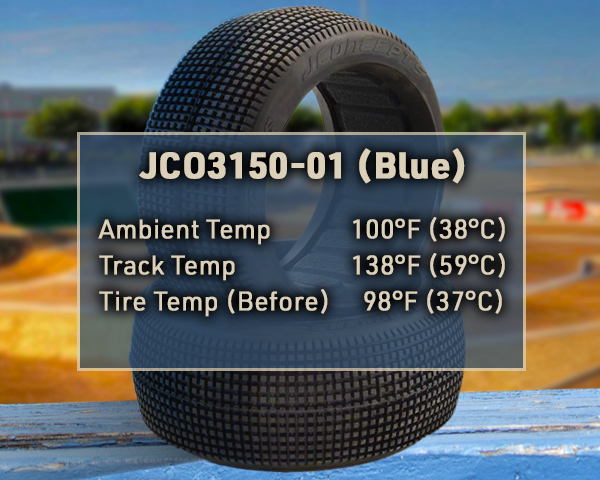 After letting the car cool down. We put on the long wear compound Aqua2 Blockers and tried again. It's was one degree hotter outside at 101°, but our tires' tempt at only 91° before driving. We tried for a 10-minute run again, but thermal'd after 8 minutes 40 seconds.

How hot were the long wear tires? Well, they were about 125° or about seven degrees cooler than the blue compound tires. 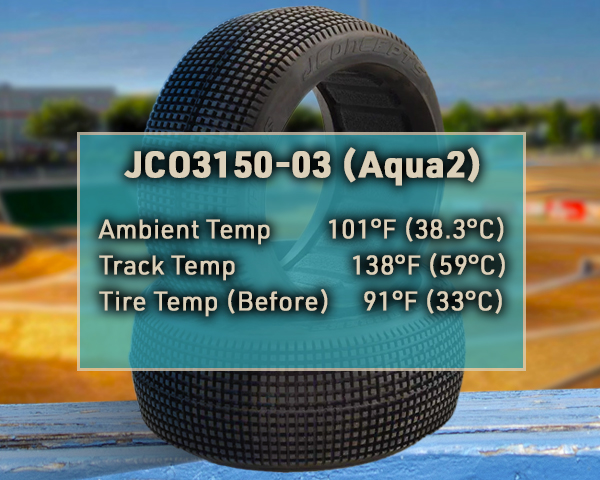 How did they hold up? 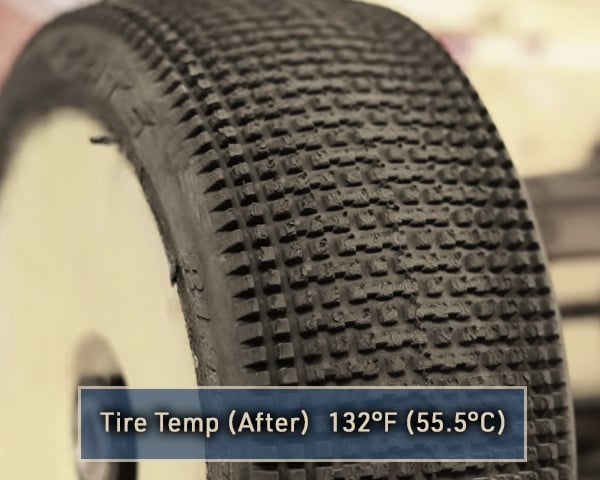 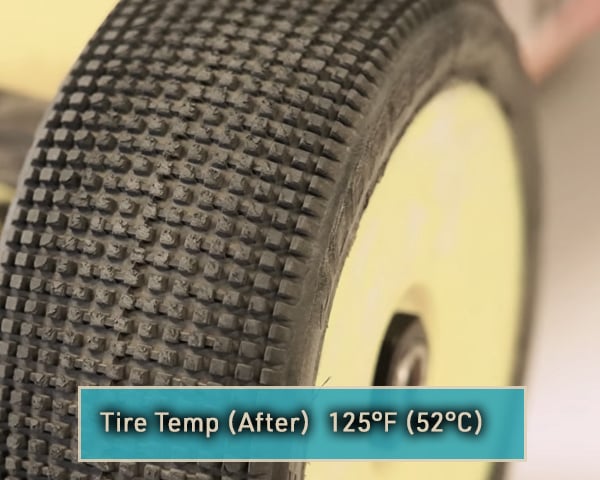 The Aqua2 tires faired better than the Blue compound.

The extra wear going down the center on the blue compound tire is obvious. You can see even wear, riding on the bars underneath the center lugs on the Aqua2 tire.

The lugs on the inside edge of the blue tires are quite a bit more worn than on the Aqua2 tire, even though both tires have nearly the same amount of drive time. 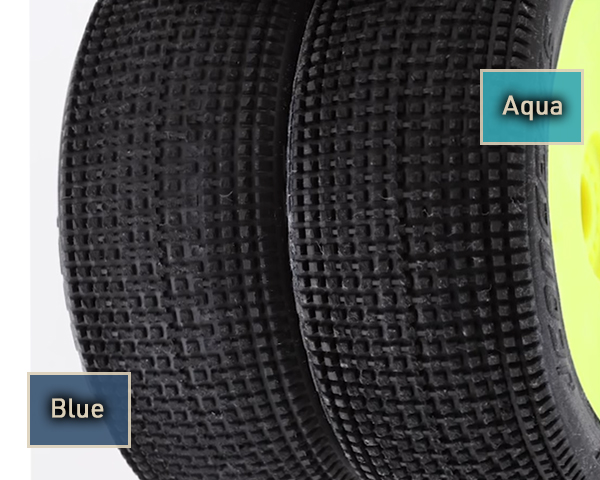 Was there a clear winner?

Was one of the tires faster than the other? Well, as it turns out, yes.

With LiveRC, we can view our practice lap times. The Blue compound was first with an 83.7% consistency. The fastest legitimate lap without cutting the track or jumping over a pipe was 28.6 seconds. 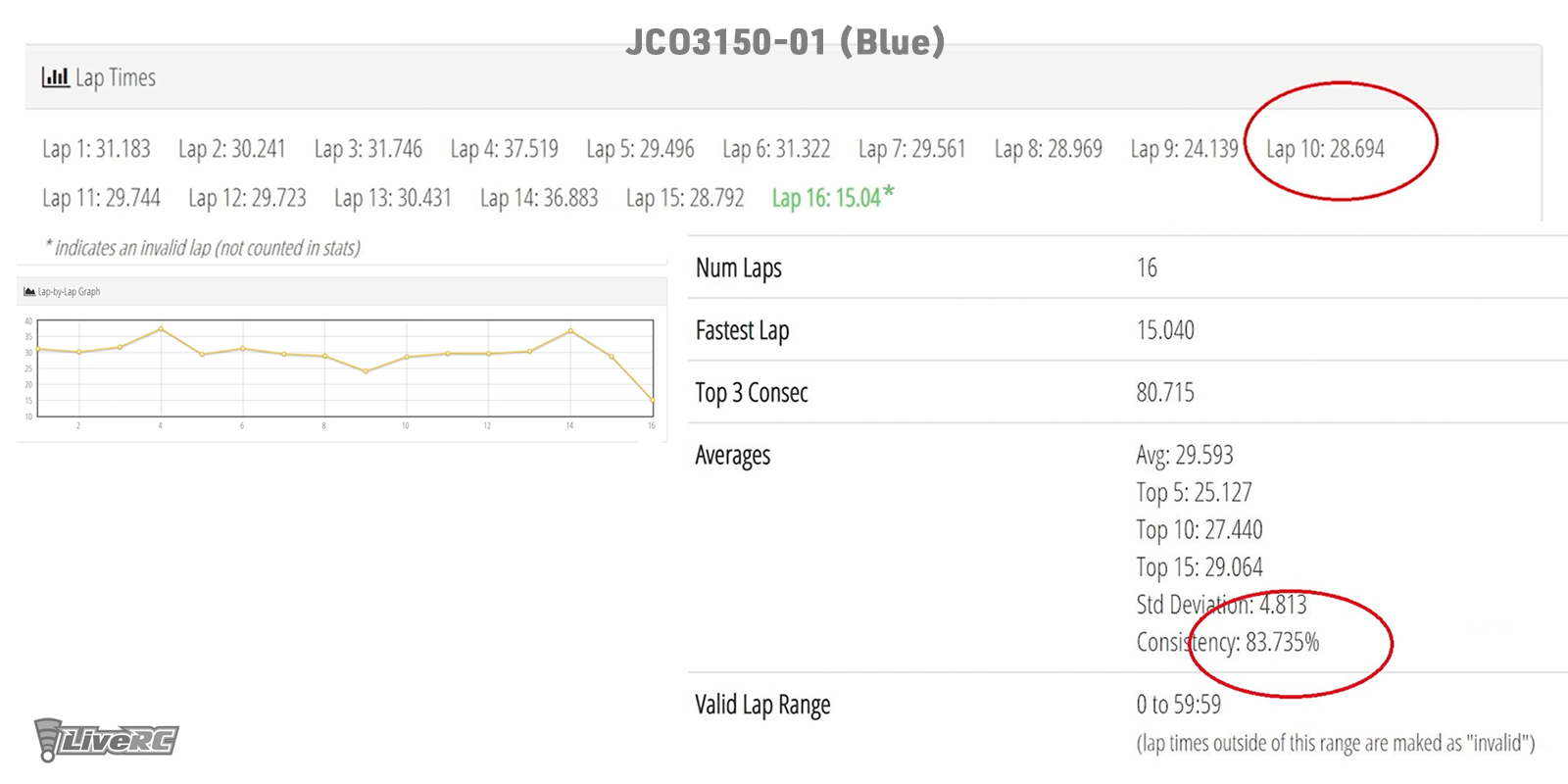 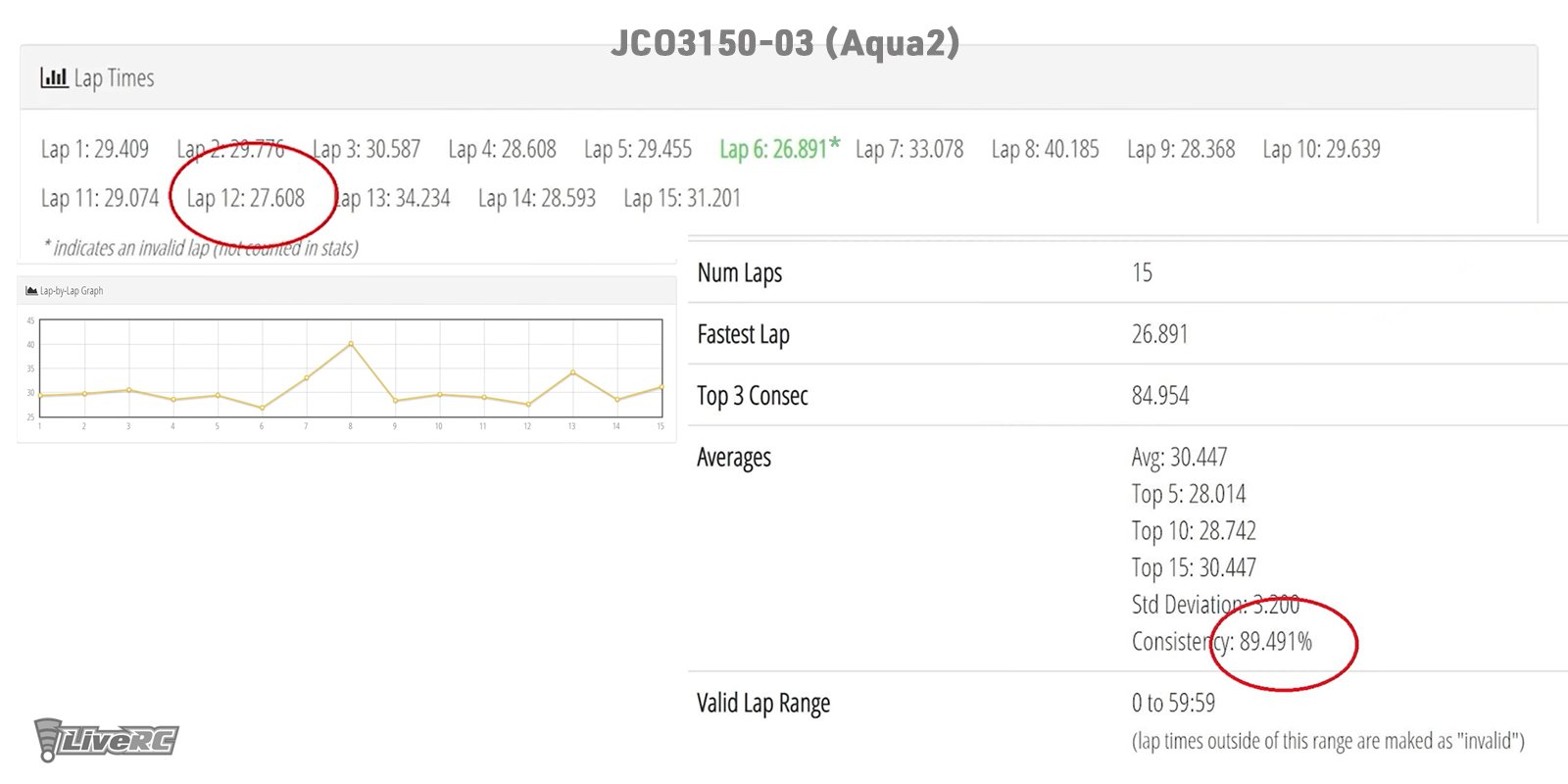 With the Aqua2 long wear tires, our consistency bumps up to 89%. There are a few bobbles in this run, as expected, but the most significant thing is our fastest legitimate lap was a 27, a whole second faster than the Blue compound.

And, this is what that hero lap looked like...

So, are the long wear tires worth it? We would say yes, definitely, as long as they're used in the right applications. For the conditions that we experienced, the long wears ended up being easier to drive. They were faster on the track, they stayed cooler, and they didn't wear as much. We're just guessing that the long wears have between 20 to 40 percent more tire life remaining compared to the blue compound.

That was on an e-buggy. Nitro buggies tend to be less weight and a little bit more forgiving on tires. So, long wear performance and wear characteristics should be even better when used on nitro vehicles.

Making long wear tires great for long races, main events, or if you want to use one set of tires for your season of club racing.