It's been over ten years since Axial released their very first SCX10 trail truck, and since then, it's been a huge success. Gaining so much attention, they forced many other brands to create their version of a trail truck. 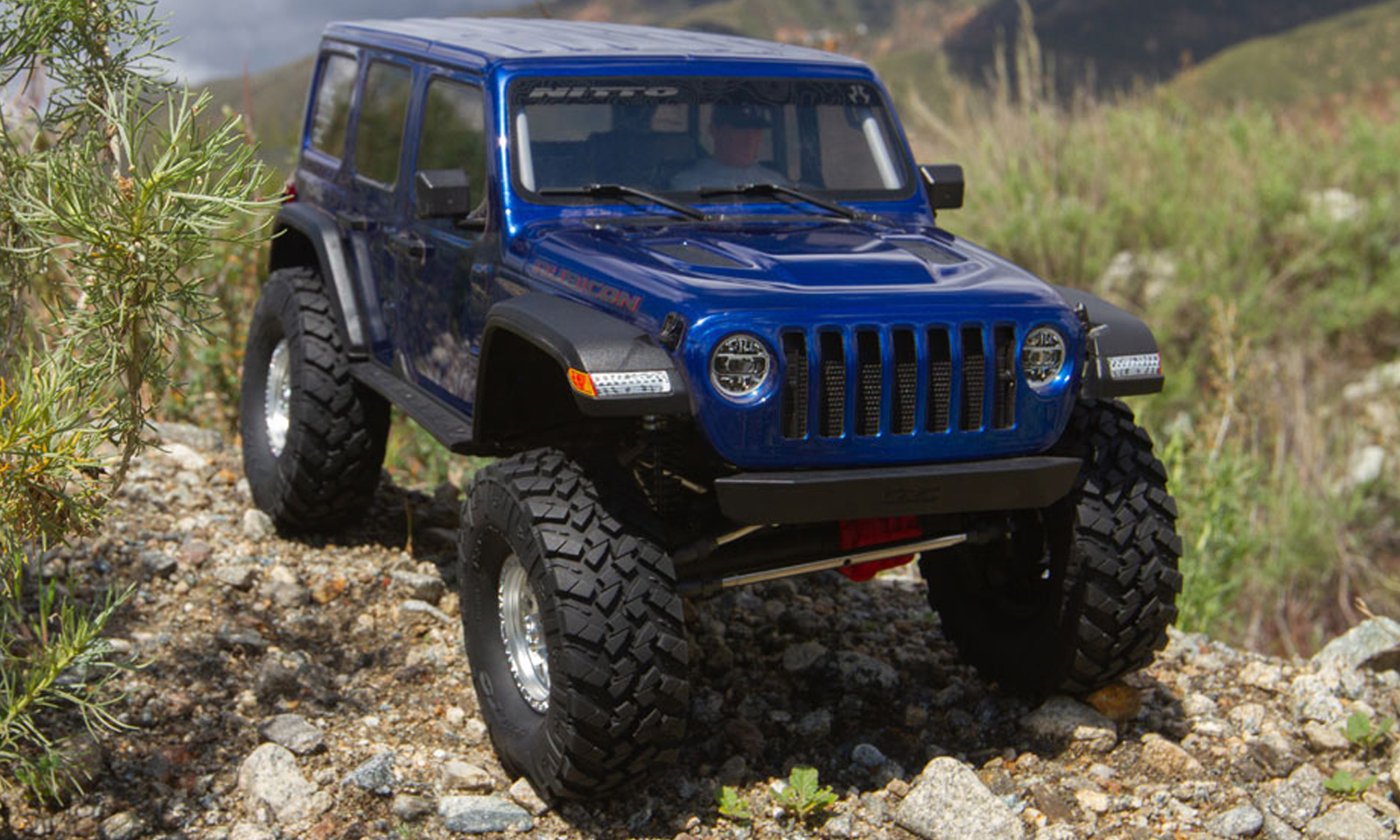 This truck is awesome! First, we need to say that the Axial SCX10 III Kit we are reviewing is an early release version, and the truck does not come like this. The kit version is unassembled, the body is unpainted, and all electronic components are sold separately. This truck was assembled and painted as part of the early release.

Now what makes the Axial SCX10 III Kit so awesome?

It looks better than any other SCX10 before it. Even if you're not a Jeep guy, the wheels, the body, the interior, and the lack of any exposed body clips all add to the complete scale experience, with no accessories needed, right out of the box. The external lexan shell is pretty standard equipment, but then we have all these hard-plastic details attached from the underside of the body, with either a screw or body clip. 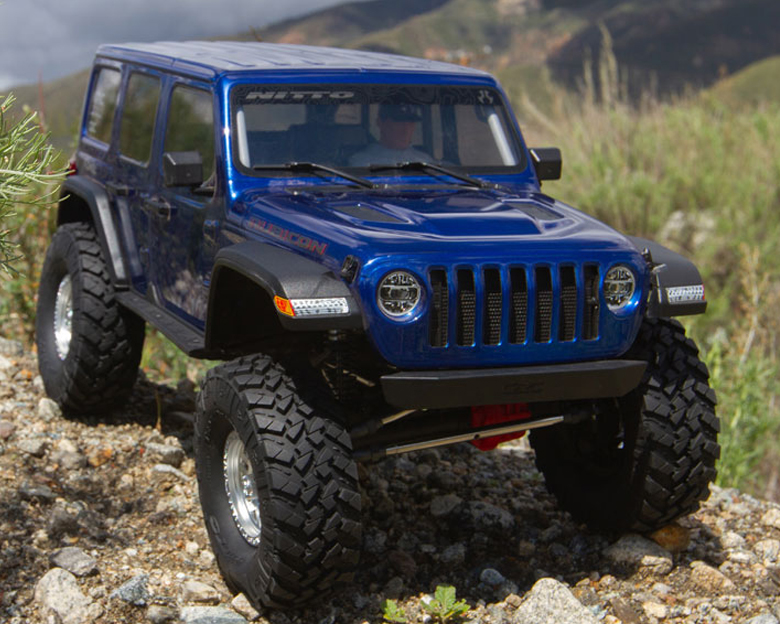 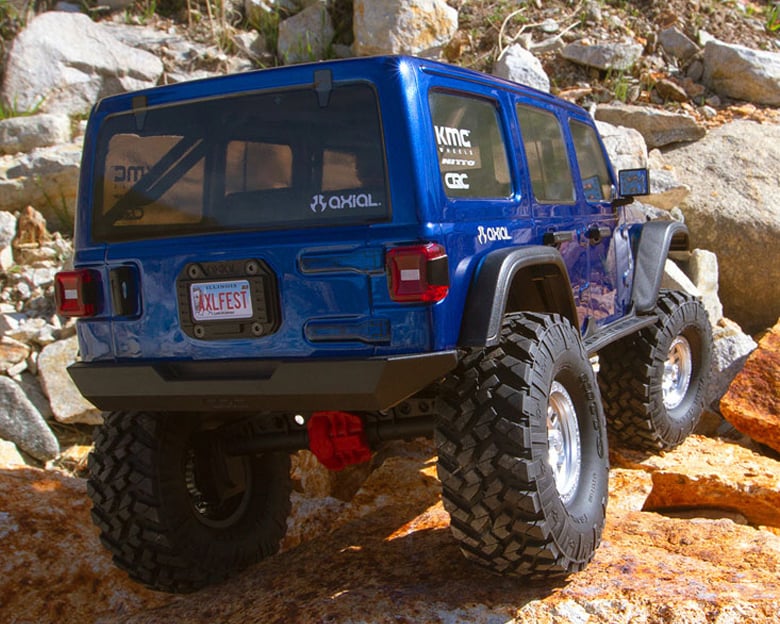 The highlight is the front of this Wrangler JL body, with grill details, hood latches, hood cowls, windshield wipers, and then there is the wiper cowling, stretching across almost the entire hood—exactly like the real Wrangler JL. Plus, there are a lot more scale bits on the body other than that.

I know other trucks have mounted the body without body posts, using screws instead, but have you ever had to work on your rig trailside and unscrew and screw the body back on the chassis? It's a huge pain. On the other hand, they're still using body clips to do the job, which is fantastic.

If you don't' want to use this body, this kit includes traditional body posts to secure whatever standard 313mm body you want. 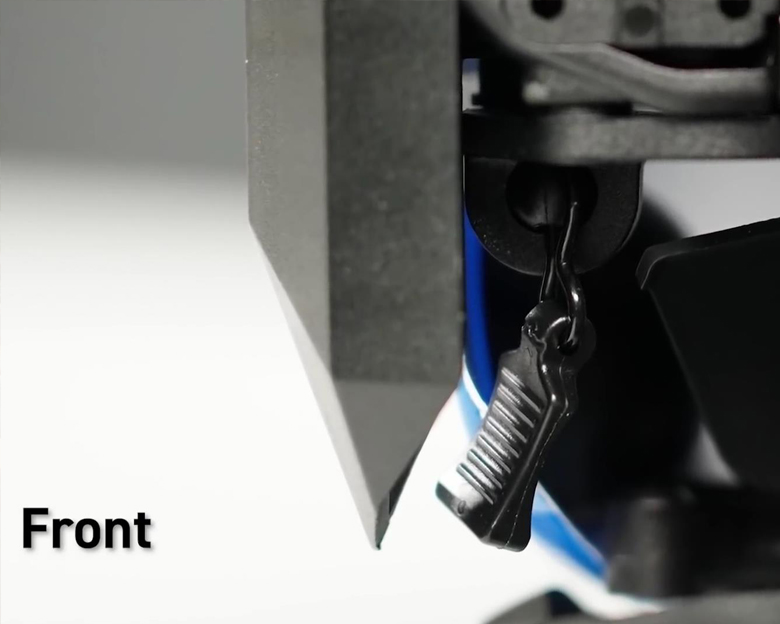 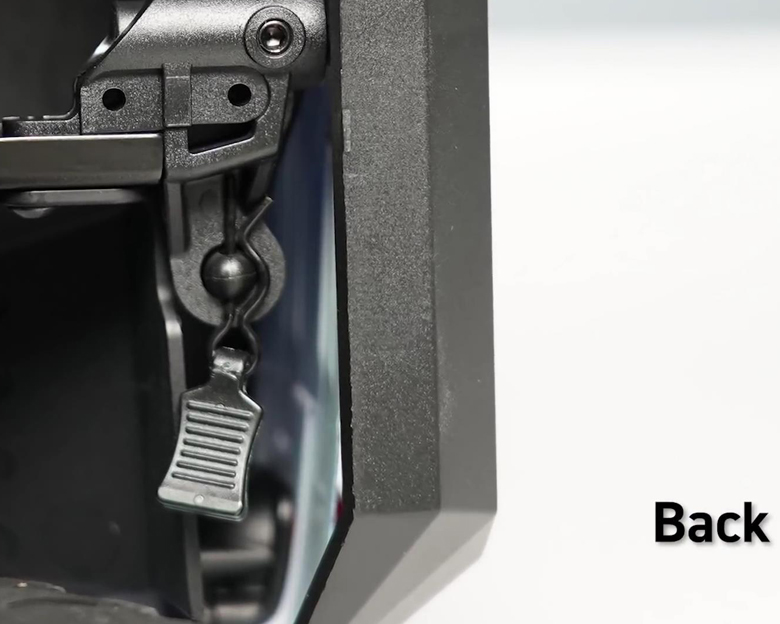 The next detail that is impossible to miss is our driver figure. He's the icing on this cake. Since all the windows have a tinted window trim decal, we swear it looks realistic if you look at it just right.

Accompanying the driver is a whole lexan interior piece which you can paint and customize however you want. Sitting atop the lexan interior is a full roll bar cage that keeps the somewhat boxy body stiff and rigid, which looks more realistic when you're driving. 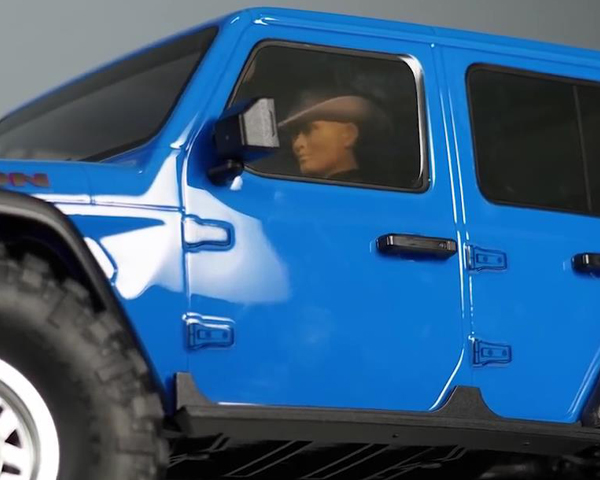 Underneath the body are satin chrome KMC Machete Beadlock wheels, with the beadlock on the backside, and they look great. Those mount up with 12mm hexes and come with Nitto Trail Grappler tires. Both the tires and wheels are officially licensed. The wheel wells give us a sweet blacked-out look, defining the outside from the inside, adding to how realistic this truck looks. 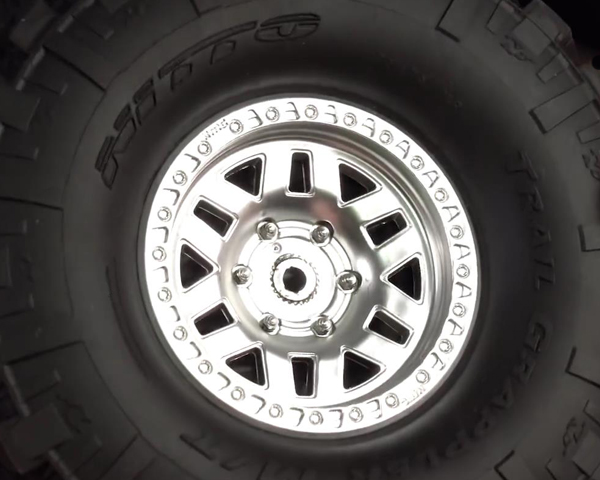 The scale, hard-plastic details are a massive improvement in the SCX10 development in terms of realism. But what about the performance of this new truck?

An essential item of the SCX10 III is sitting behind these wheels, and that is the brand new AR45 Portal Axle. They have been designed to provide more ground clearance on the trail. So you can drive over more terrain that would typically snag on the axle—plus, they look very cool. 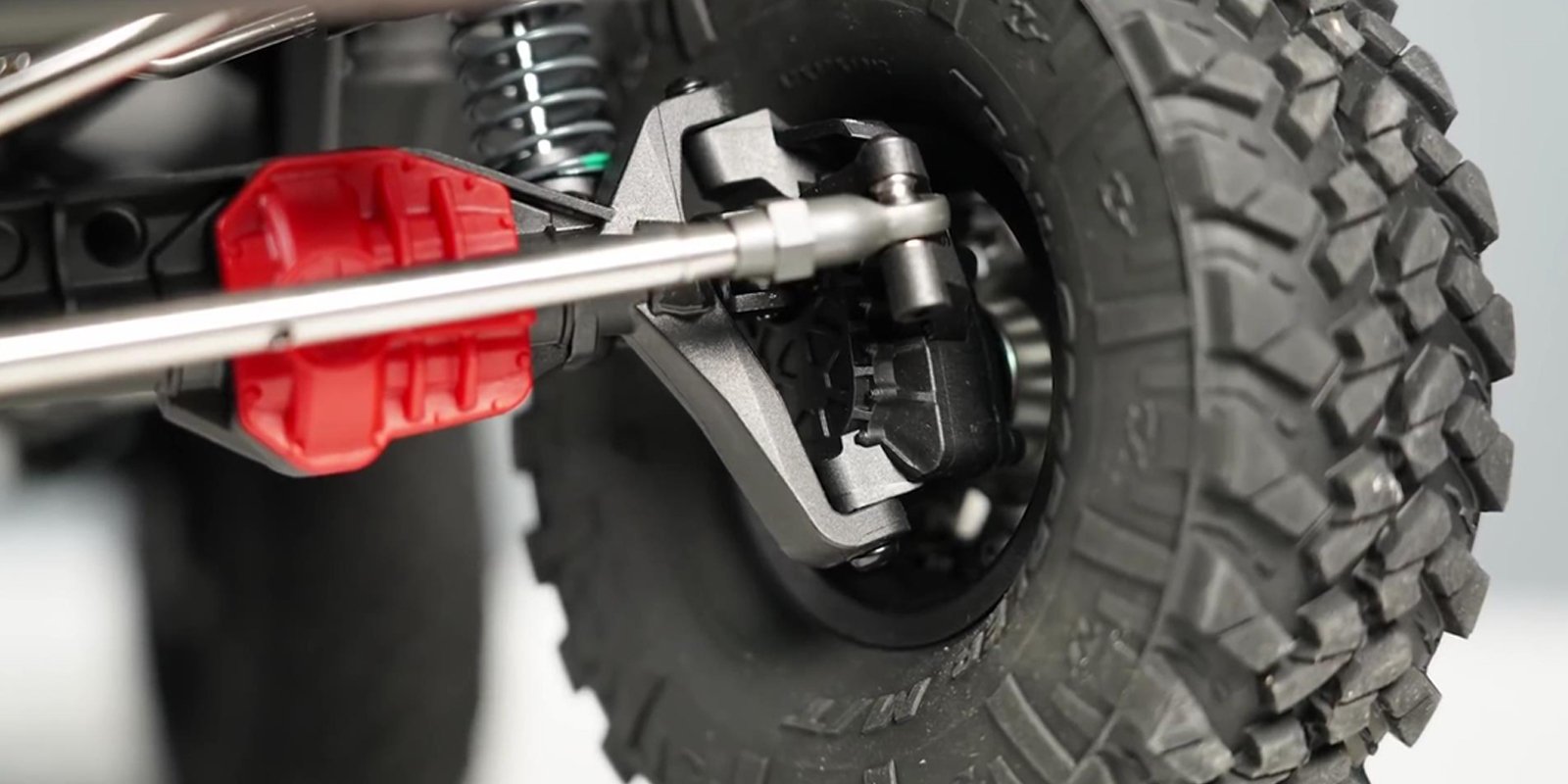 Inside the axles are metal gears and front universal driveshafts providing up to 45° of steering. The front axle also features an offset pumpkin, which is more accurate to real-life axles and allows the front driveshaft to align with the transmission output. So, there's less angle, less wear, and tear and more efficiency. 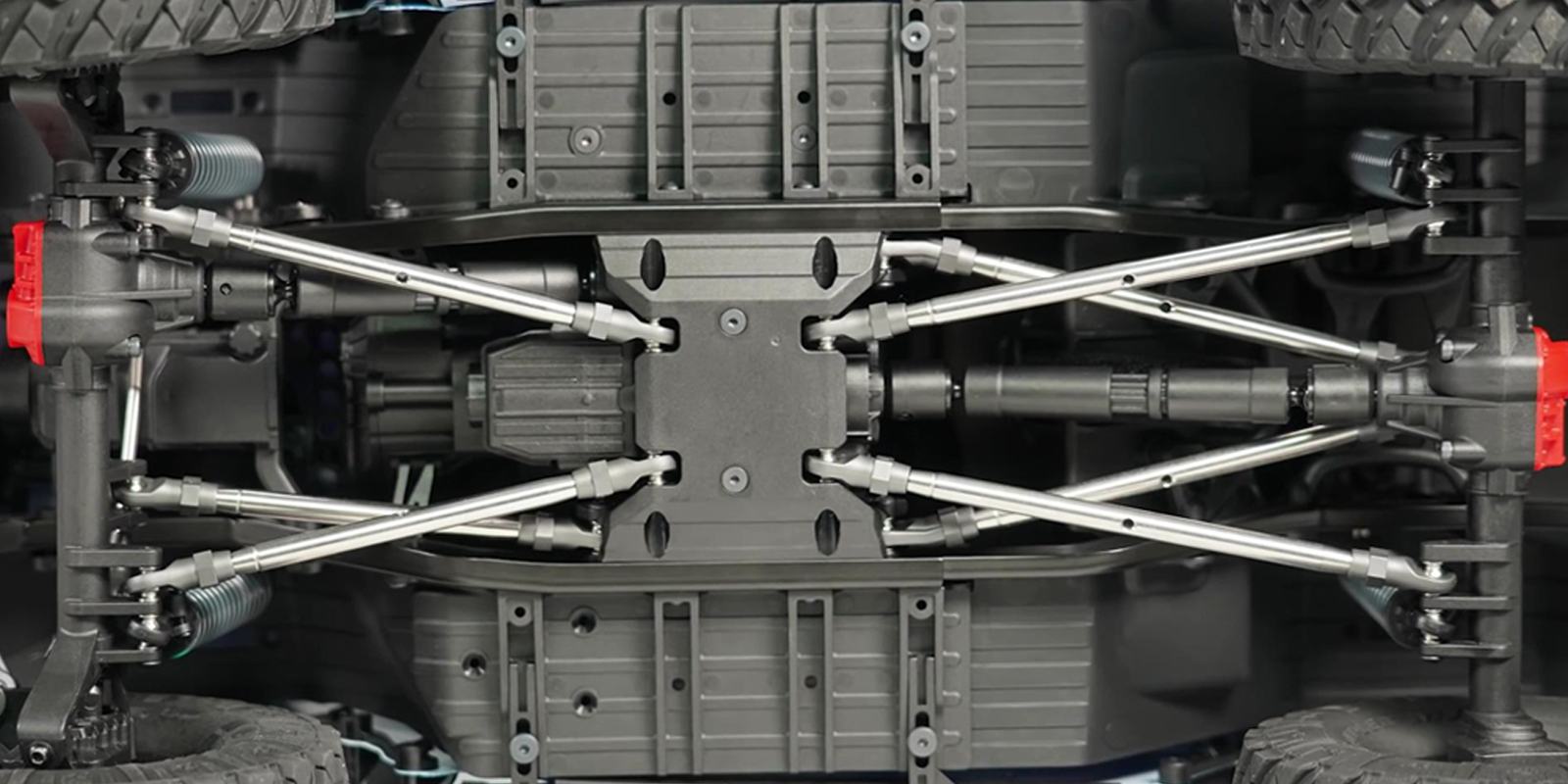 Above that front axle, there's also a CMS Chassis mounted servo with a Panhard bar. Again, that's nothing new at this point. But that leads to a 3-link system in the front, with four links in the back, and those links are 6mm diameter stainless steel with stainless steel pillow balls. Those links have tiny holes to slide in a small Allen driver to make easy adjustments if needed. 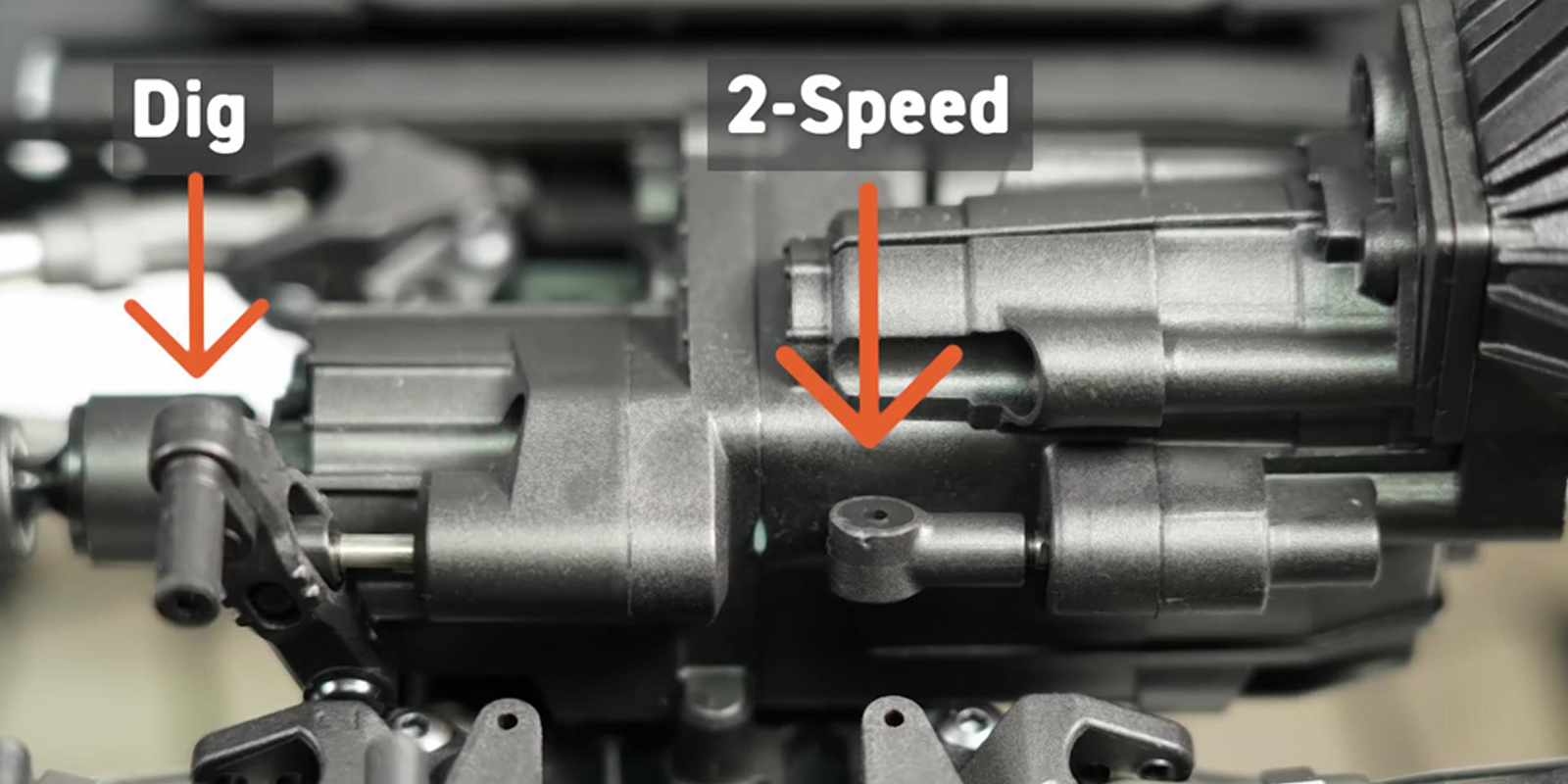 Another essential item on the SCX10 III kit is the new transmission and transfer case setup, which can be positive or negative because it adds more complexity to the system. Now with this new setup, the truck has a 2-speed transmission and a DIG system built-in, and they each will require the Spektrum SX107 Micro Servo to function, but you can opt-out of using those systems by locking them fixed; either both systems or one or the other, when you build the kit.

If you lock the 2-speed transmission, you can have it locked in either 1st or 2nd gear, it's your choice, and if you lock the dig, the transfer case stays in 4WD. We will say, having a functional DIG system in your truck is incredible. You can use it to make tight turns or drag the rear end for steep declines, adding a ton of stability. Once you use the DIG system, you don't want to go back.

The transmission is a robust setup with a lot of functionality if you choose to use them. Thankfully, it's up to you when you build your kit. We opted for the Spektrum DX5 5-Channel transmitter with an SR515 receiver. 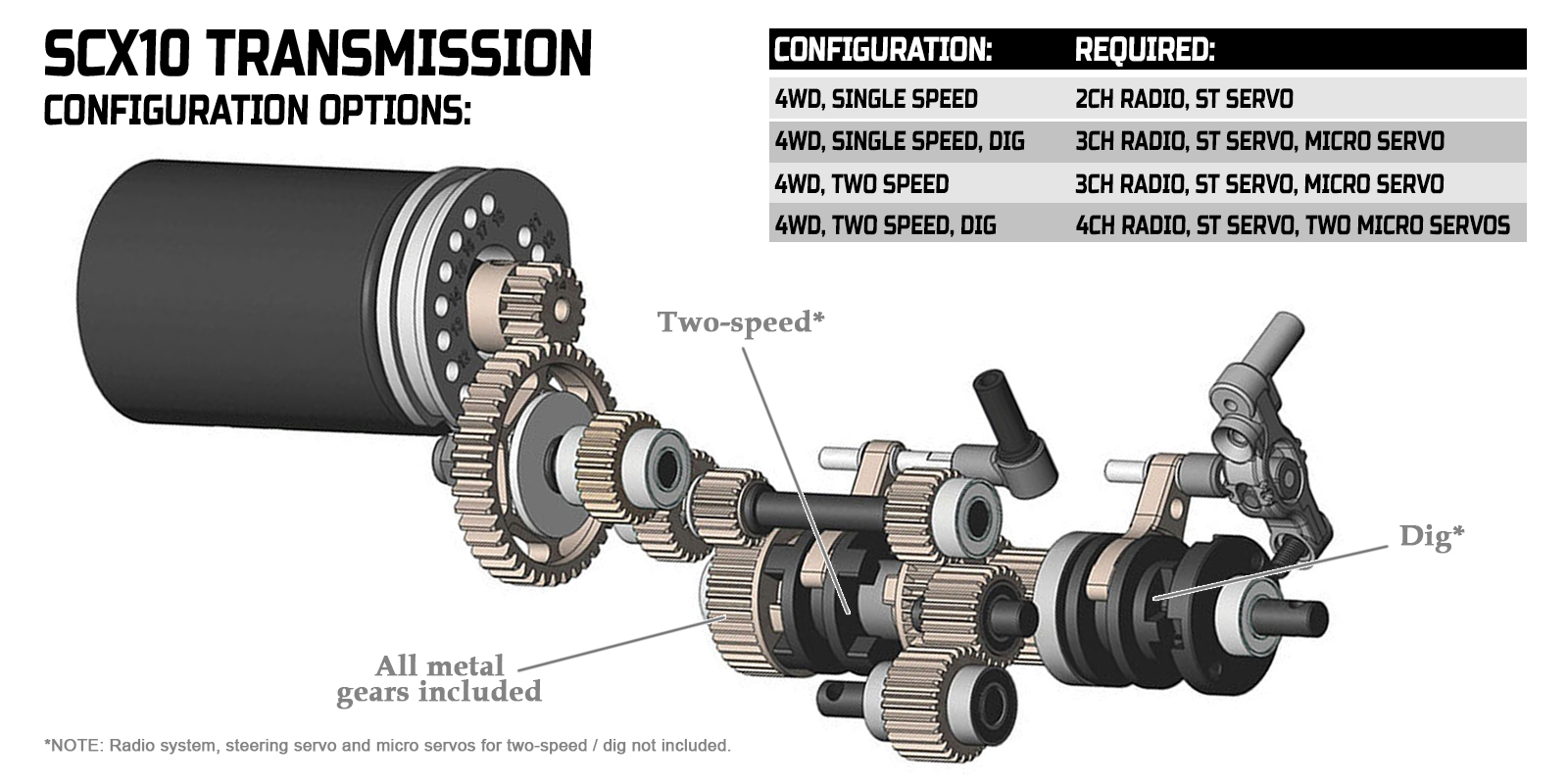 The transmission also uses a metal motor mount, placing the motor forward and low in the chassis, accommodating a 540 sized brushed or brushless motor, and uses 32P spur and pinion gears. Axial has even included a molded plastic V8 engine to conceal the motor and add more realistic looks.

Pro Tip: "You can use plastic-specific paint to paint that engine and detail it however you want." 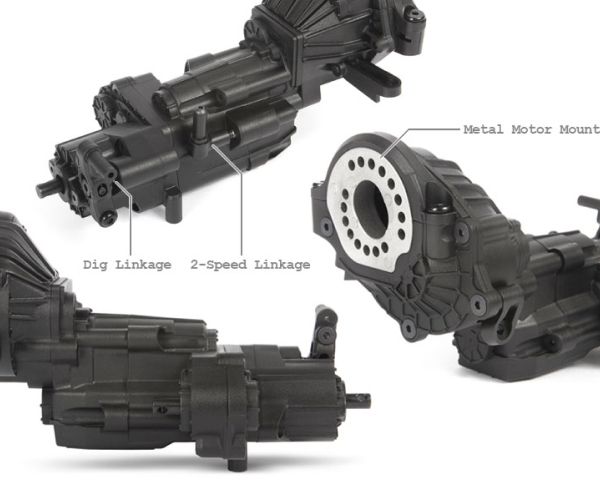 If we move onto the shocks, they are aluminum bodied emulsion shocks, bottom loaders with a bleeder screw in the plastic cap, which helps a lot when building shocks. They're smooth, and they look pretty good. We believe the kit will include 30wt fluid for the shocks. The bottom spring cup is clamped, so they shouldn't ever fall out on the trail. 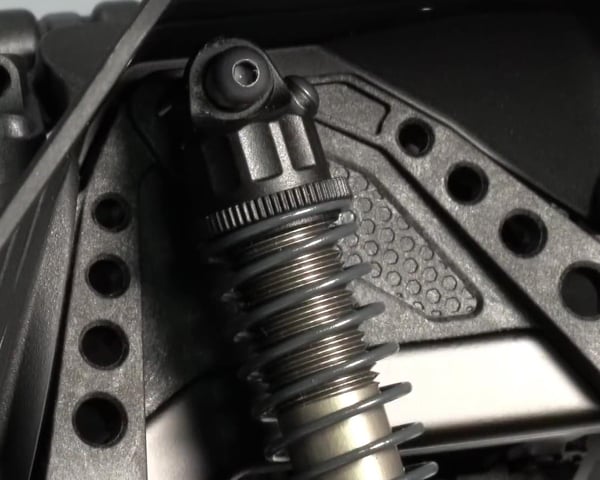 Additionally, the truck has many plastic molded parts under the hood, all to polish off the final look and give it the proper detail once that body goes on. Ultimately, there are several ways you can configure your electronics or fit different sized LiPo's, so finding the right electronics shouldn't be tough. 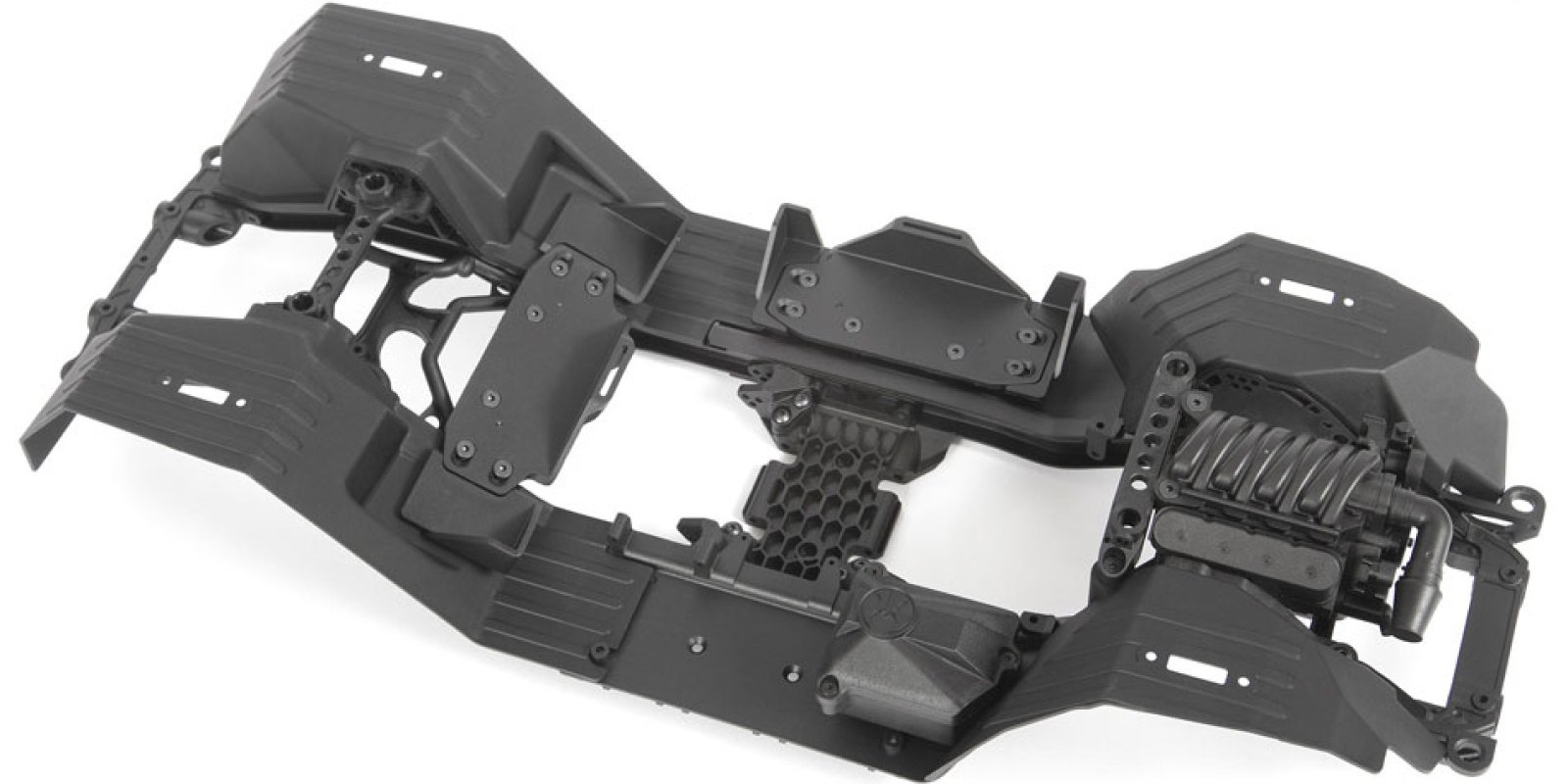 Until then, this kit will require a transmitter and receiver system, a 540 sized motor and speed controller, a steering servo, and a battery pack. In addition, you'll need that Spektrum SX107 micro servo for the 2-speed and another for the DIG if you choose to make them functional.

At the time of this article, the SCX10 III Kit is $399.99. That price doesn't seem too bad when you consider this truck may be one of the most complete, out-of-the-box trail trucks we've ever seen.

The SCX10 III Trail Truck has one of the most polished final looks available in terms of transmission functionality, trail performance, and overall scale realism. 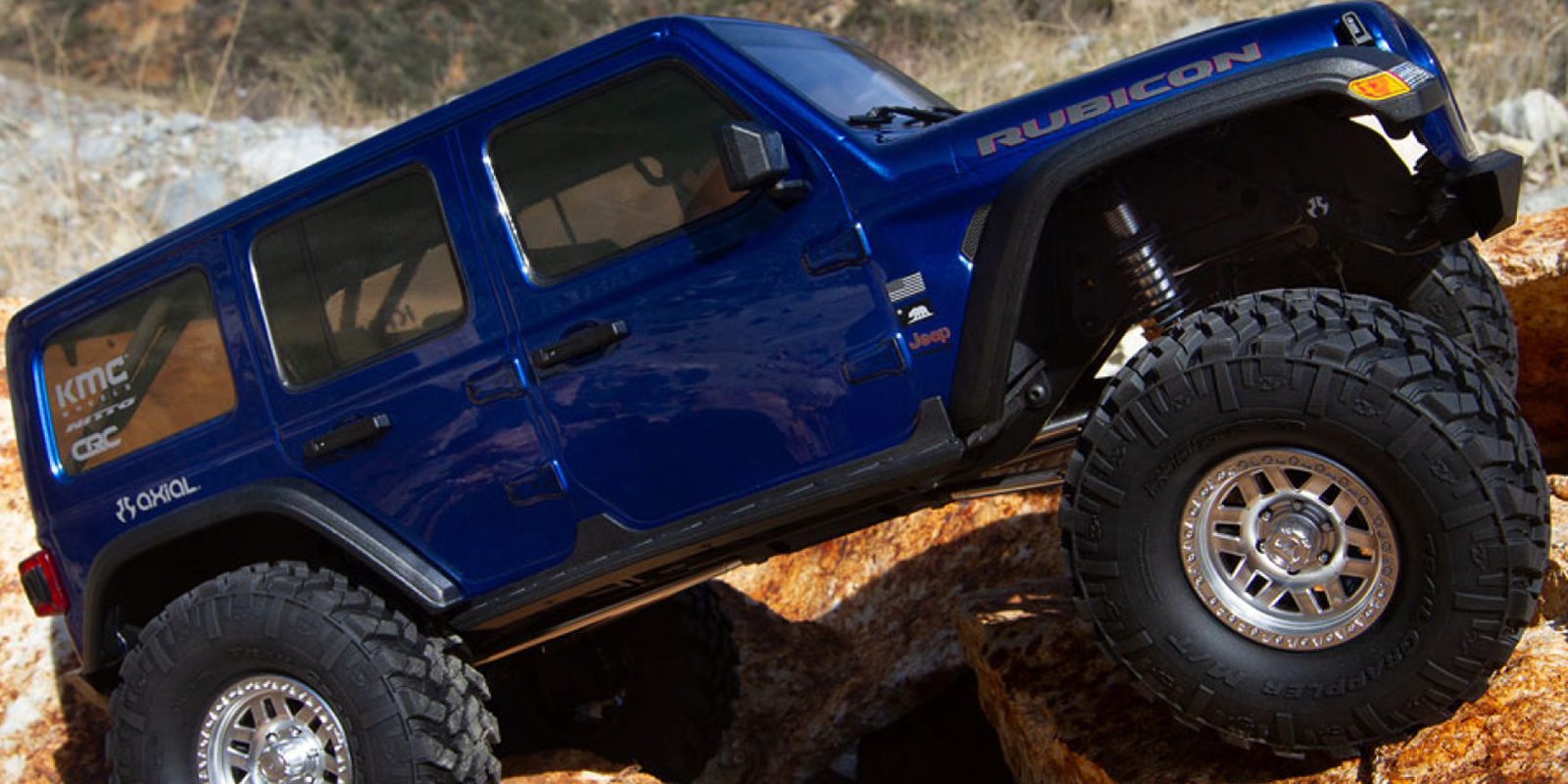