It’s easier than ever to get into flying radio control airplanes, and there are plenty of rugged, beginner-friendly planes available that make it simple for pilots of any skill level to get airborne. This article will explain the essential RC transmitter controls of an RC airplane and how each one affects your plane in flight. Here’s what you need to know.

A four-channel airplane allows you to control the ailerons, rudder, and elevator independently. These are the same flight control surfaces pilots use to operate full-size planes, from crop dusters to jumbo jets. 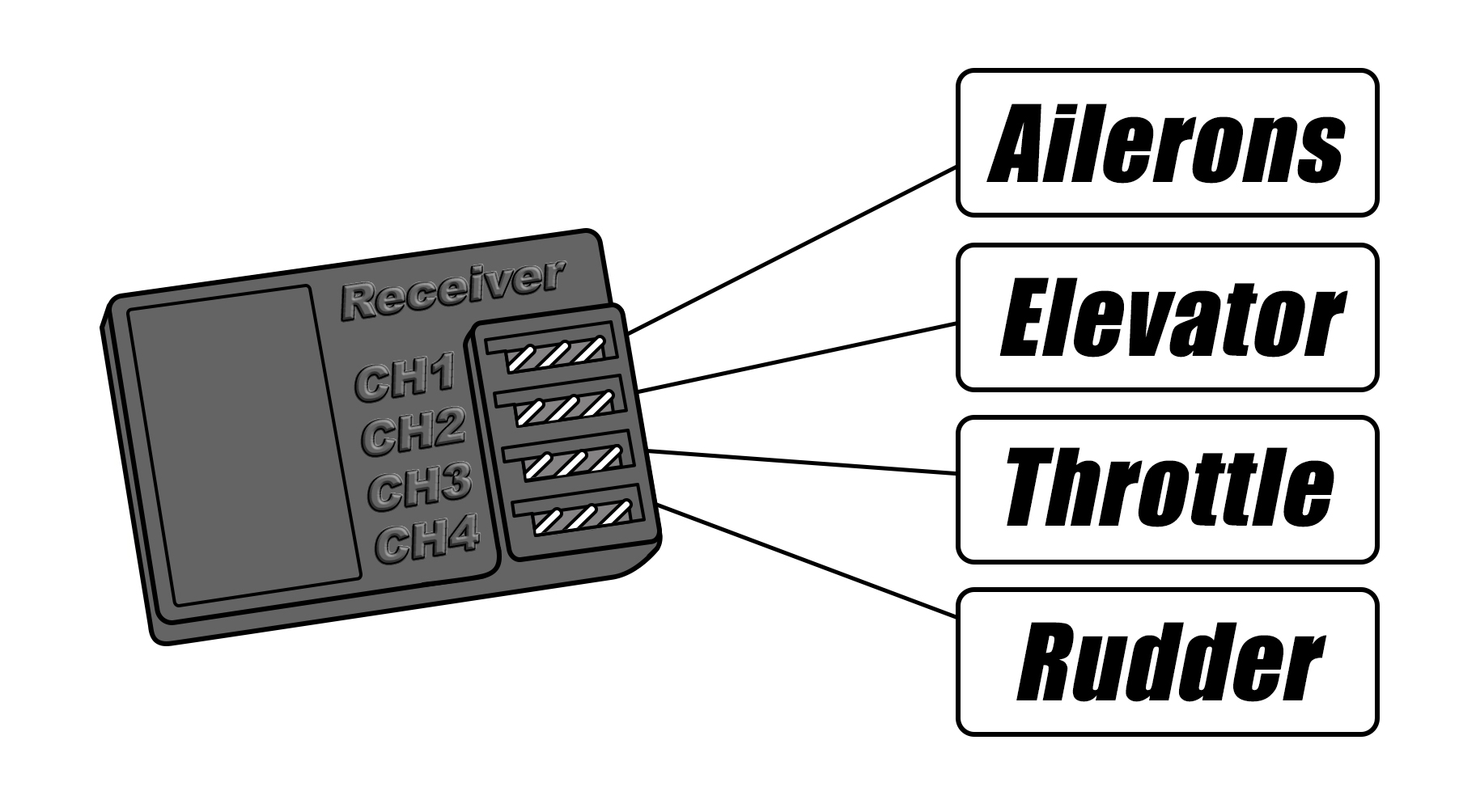 The term “channels” refers to the model’s receiver. A four-channel airplane will have a four-channel receiver. Each channel controls one function, and since we’ve got an RC airplane, each function is a flight control surface. The channels are numbered, so it’s easy to reconnect the servos properly if you unplug them. Most RC planes sold in the USA are configured like so: 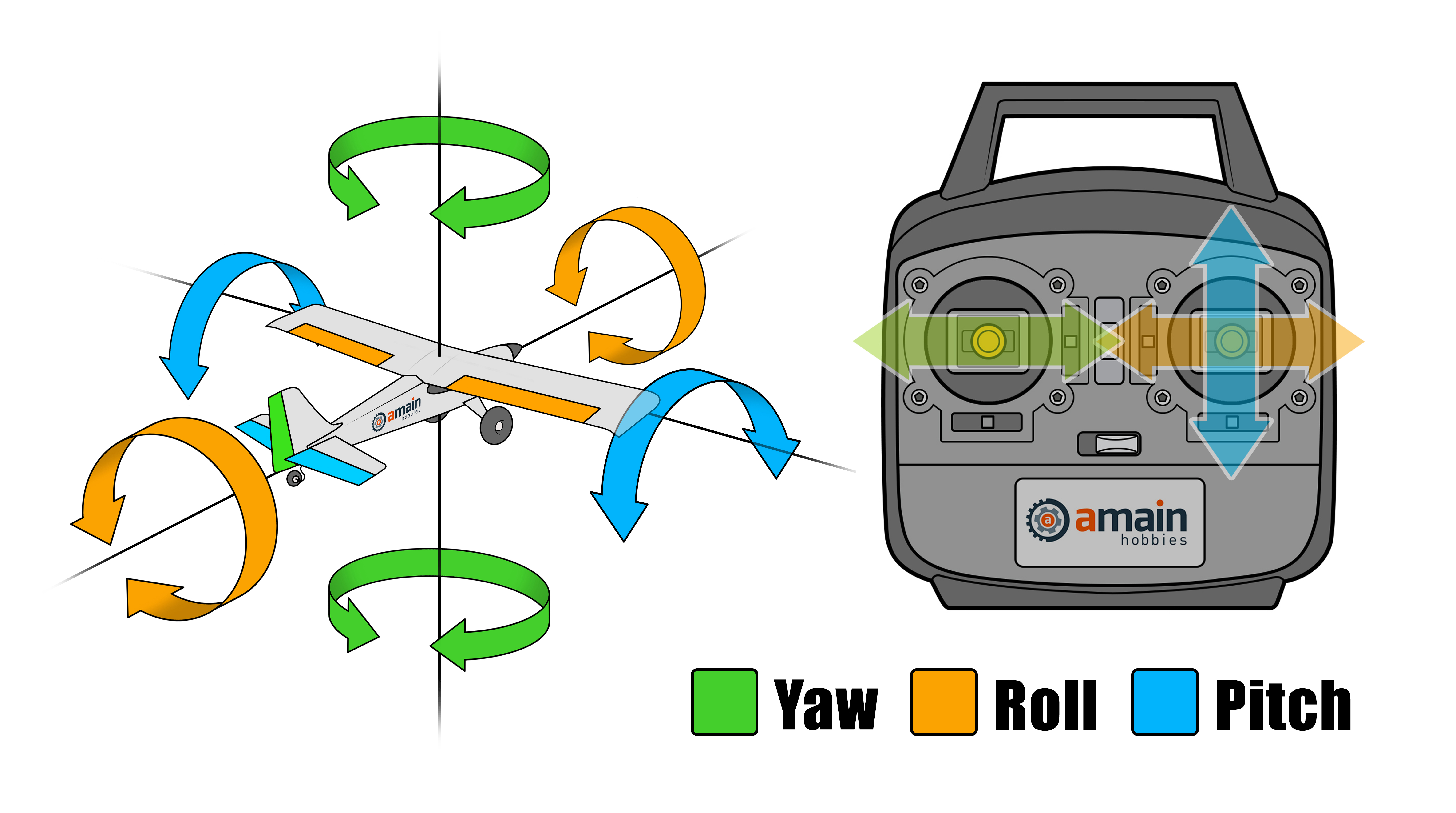 As this animation shows, each axis is assigned to a direction on the left or right stick of your RC transmitter. 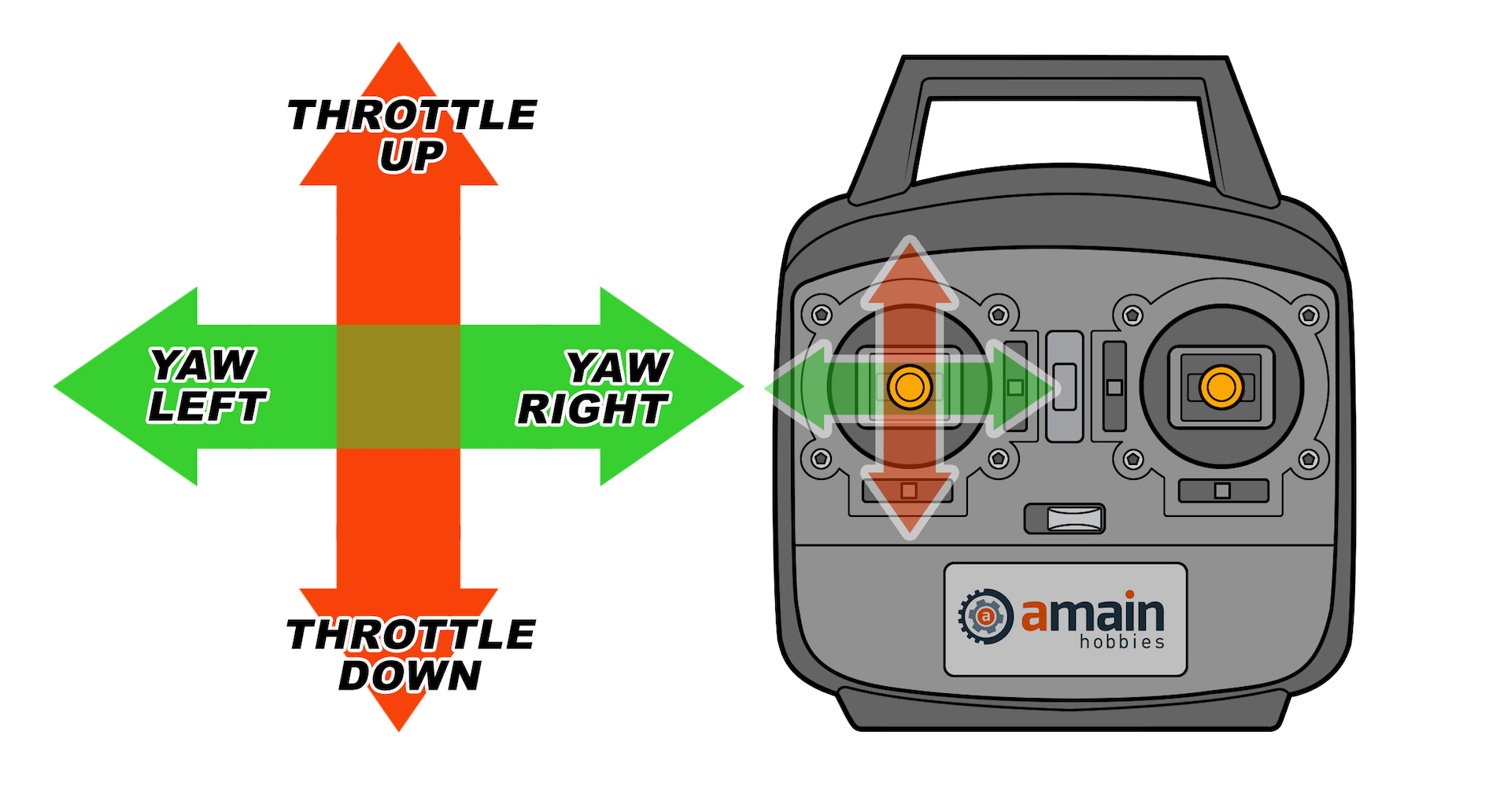 We’ve illustrated the flight control sticks as moving up and down and side to side, but the sticks also move diagonally so each stick can operate two channels simultaneously. So, for example, pushing the left stick up and to the right will increase power while rotating the fuselage right. 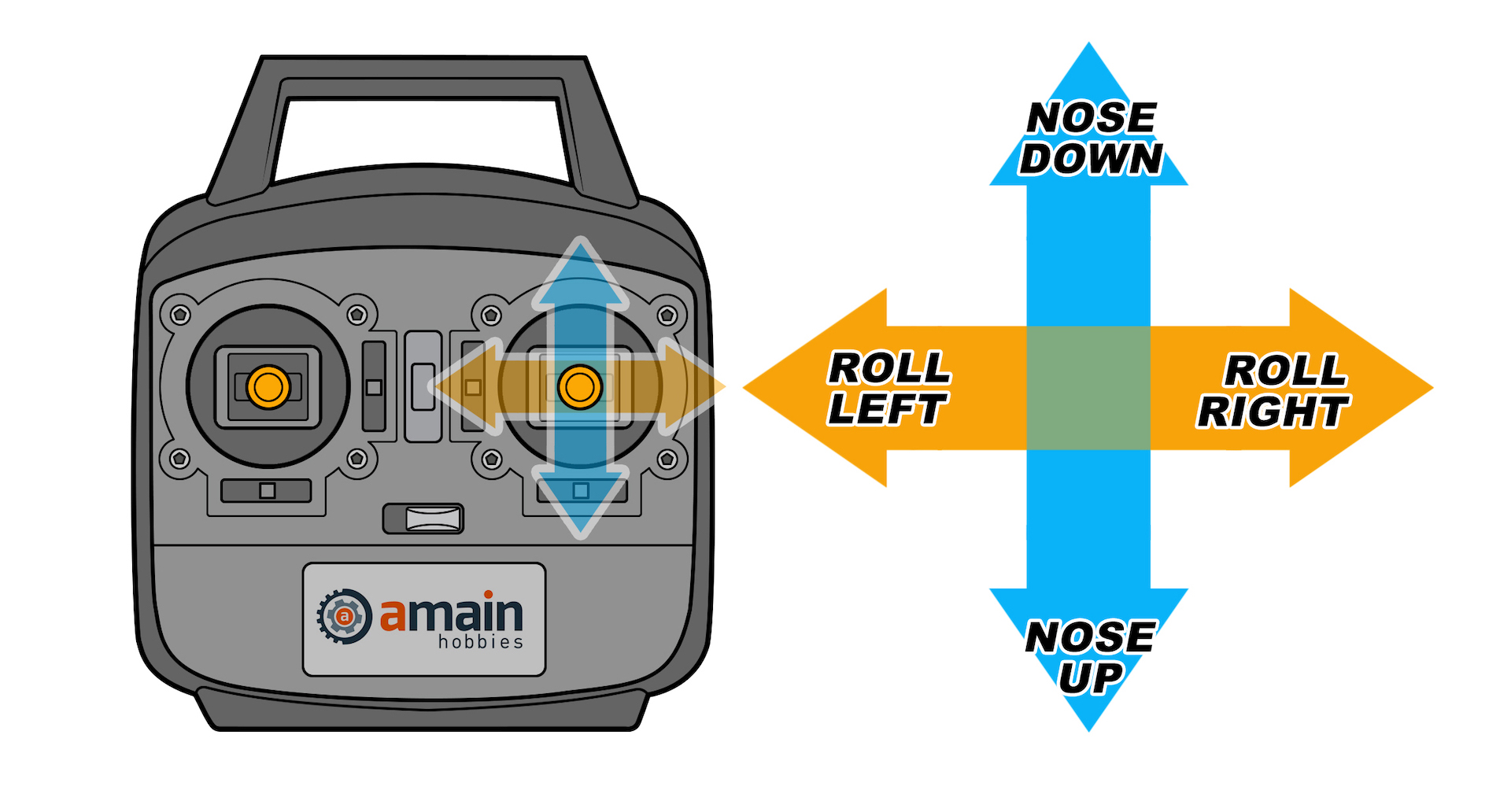 The rudder and aileron controls are intuitive because moving the left or right stick to the right causes the plane to yaw or roll to the right, and vice-versa if you want to roll or yaw left. However, some new pilots find the elevator controls hard to get used to because they are configured so that pulling the stick back makes the plane climb, and pushing it forward makes the plane dive. This is how full-sized planes are configured, but if you’re used to pushing a control stick up to make characters look up or move up in video games, it may feel “backward.”

So there you have it, the basics of your airplane’s RC transmitter control surfaces. Always make sure the rudder, elevator, and ailerons are working properly and in the correct directions before each flight—especially if you’ve unplugged any of the servos for maintenance. Operating all the flight controls simultaneously with precision for smooth, confident flights takes practice, but you’ll get the hang of it quickly. Before long, you won’t have to think about what the sticks do as you fly your plane, in the same way that you don’t concentrate on a bicycle’s handlebars every second as you ride.