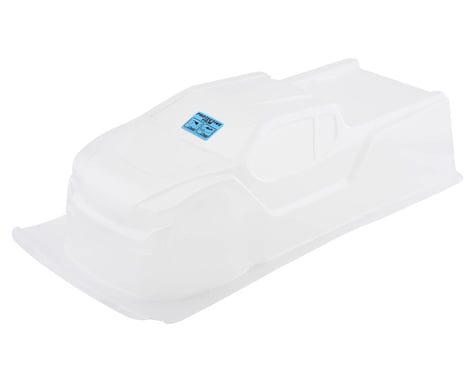 In Stock Online
Usually ships in 24 hours
Add to Cart
Save In List
Write the first review
Check Store Availability
This item earns up to 34 VIP Reward Points Learn More
The Pro-Line War Hawk Body was designed by Adam Drake and inspired from the success of the Enforcer. The War Hawk retains the aggressive stance of the Enforcer but adds in some sleek, modern truck styling. It features a swooping roof and bed sections for improved airflow and high-speed stability. The hood of the body is steeper to create more down force over the front wheels for more steering and faster lap times.