This item earns up to 85 VIP Reward Points Learn More 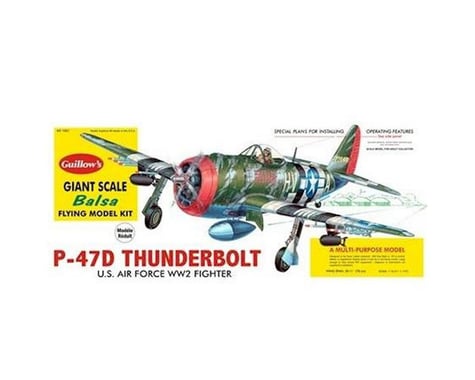 Although partially overshadowed by the famous Mustang, the Republic P-47 Thunderbolt established a distinguished record as a high altitude interceptor and bomber escort. More Thunderbolts were manufactured during World War 2 than any other American fighter, and the seven-ton aircraft became extremely popular with A.A.F. pilots because of its ability to absorb extensive battle damage and remain flying. Perhaps the most outstanding tribute to this aircraft is the fact that all 10 of the leading Thunderbolt aces survived the war. The P-47 could easily out dive the enemy fighters and could “dish-out” terrible punishment form its eight 50 cal. Browning machine guns.

This product is expected to arrive on Thursday, August 13 2020