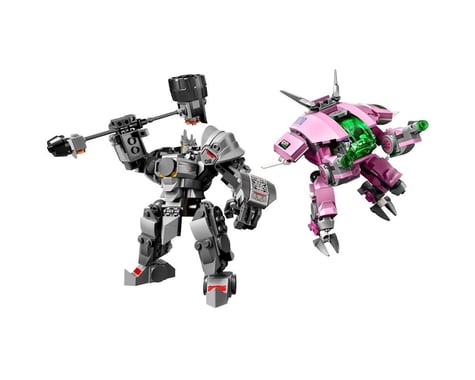 Discontinued Online
Write the first review!
Check Store Availability
This item is discontinued and no longer available for purchase. You may want to search our site for a similar item.
Note: Manufacturer does not allow using discount coupons

For your favorite Overwatch fan, a buildable mech suit and powered armor with LEGO Overwatch 75973 D.Va & Reinhardt! Each of these instantly recognizable Overwatch tank heroes features an Overwatch minifigure so fans can place the highly-detailed Overwatch characters inside through the hatches that open. Reinhardt features a massive buildable Rocket Hammer and both minifigures have smaller weapons so younger fans can play out the action of the game with this toy construction set, while older fans may want to display the minifigures and toys next to their gaming setup!

This product was added to our catalog on February 7, 2019