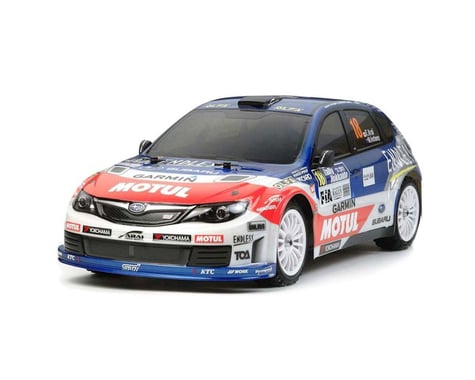 Out Of Stock Online
You may back order this item and it will ship when it arrives.
FREE Shipping Eligible! Learn More
Back Order
Save In List
Read Reviews Write a Review

The first model to feature the XV-01 chassis is the Subaru Impreza WRX STi rally car which was fielded in 2011 by the Subaru Team Arai. Led by Toshihiro Arai, the championship-winning driver of the 2005 and 2007 Production Car World Rally Championship (PWRC) seasons, the team entered the Impreza in the 2011 Intercontinental Rally Challenge (IRC) series. The team also raced at Rd.5 Rally Hokkaido in the 2011 Asia-Pacific Rally Championship (APRC), where Arai impressively drove the car to victory. The Tamiya R/C assembly kit precisely replicates the Subaru Impreza in every detail for Rally R/C enthusiasts looking for the next level in a performance and realism.