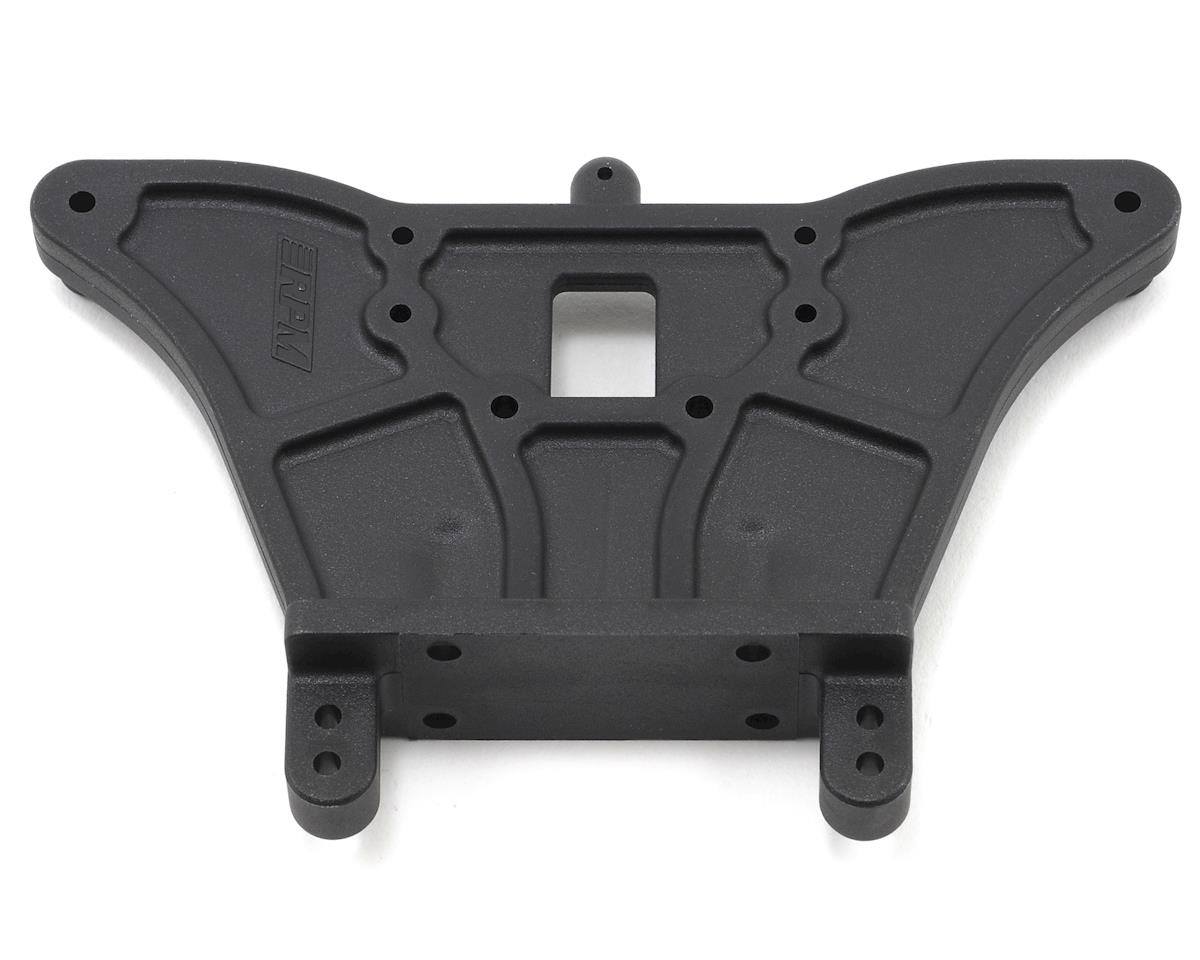 This is a optional RPM Rear Shock Tower, and is intended for use with the Traxxas Rustler, Stampede, Bandit, and Slash 1/10 scale electric vehicles. These RPM rear shock towers were designed with one thing in mind – rugged durability. Once again, RPM has exceeded their own expectations with this shock tower. While they have maintained all stock geometry on these shock towers, They have beefed them up in all the right places to eliminate annoying rear shock tower breakage. The RPM version of this shock tower uses an I-Beam construction that improves durability and rigidity as well. At the base of the shock tower, they improved the screws’ head clearance of the bulkhead mounting screws to eliminate the bind normally associated with the stock rear shock tower. All these design elements combine to create the ultimate lightweight, bulletproof rear shock tower for the electric versions of the Rustler & Stampede.

RPM rear shock towers for the Traxxas Slash, Electric Stampede, Electric Rustler & Bandit are molded in black and are backed by the famous RPM breakage warranty. These tower is a direct replacement part.

This product was added to our catalog on October 16, 2009

Brett Fraley
Verified Owner
RPM Rear Shock Tower
This shock tower is way stronger than the stock. It wont break in half like the stock one either. I cant see myself ever having trouble out of this part. I would recommend this to anyone who owns a rustler!!
2 customers found this review helpful.
Joe Claxon
Verified Owner
RPM Rear Shock Tower
Made of a more flexible plastic than the brittle stock tower. Is thicker to reduce flex and make it more rigid. Great choice if someone wants to upgrade or to cut it up and make a durable base for a carbon fiber shock tower to bolt to. Highly recommend this tower.
View all reviews (2)