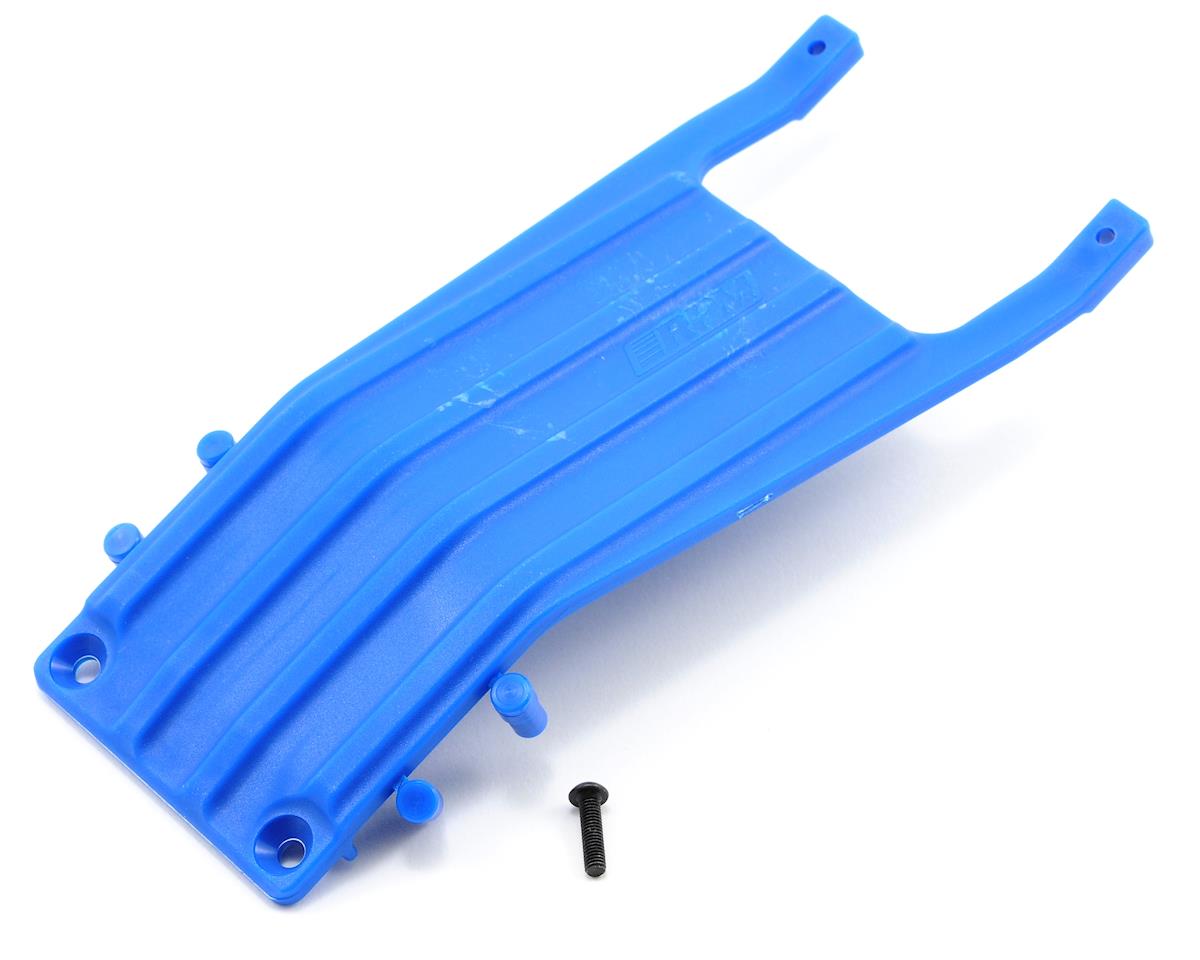 This is a optional RPM Front Skid Plate, intended for use with the Traxxas Slash 1/10 short course truck.

RPM front skid plates for the Traxxas Slash are designed using the same principles used when creating the rear skid plates. The ultimate goals were to create a front skid plate that simplified maintenance, improve durability and improve the appearance of the truck. These skid plates far exceeded those goals!

The RPM front skid plate also uses a triangulated chassis mounting system that uses a support post in the center of the skid plate to bolt up to a pre-existing hole in the stock Traxxas chassis. This third hole not only adds some serious strength and durability, it adds some much needed structural support to the bell cranks.

As a final touch, RPM recessed the screw heads of the front two flat head mounting screws deeper than the stock skid plates to help reduce damage to the screw heads.