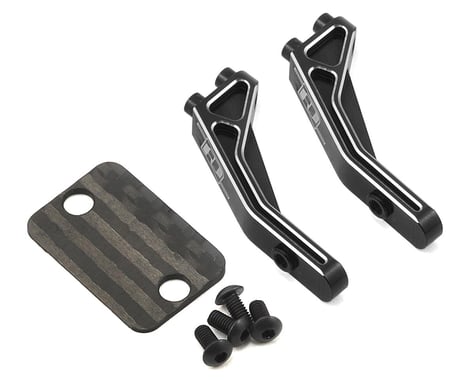 The RDRP B6 Aluminum Wing Mount Set is a direct fit on the Team Associated B6 and B6D buggies. The wing mounts are machined from high-quality 7075-T6 aluminum for improved rigidity and durability while the anodized surface and silver edge details make for an ultra-cool look. A connecting carbon fiber plate was machined at an angle, allowing to adjust the rear wing angle in order to further fine-tune aerodynamic down force. Additionally, the large surface carbon plate lets the wing rest on a more sturdy base than common wing mounts, prolonging the wing's life while also optimizing overall downforce. The wing mounts are available in black or blue anodizing.

This product was added to our catalog on September 19, 2017