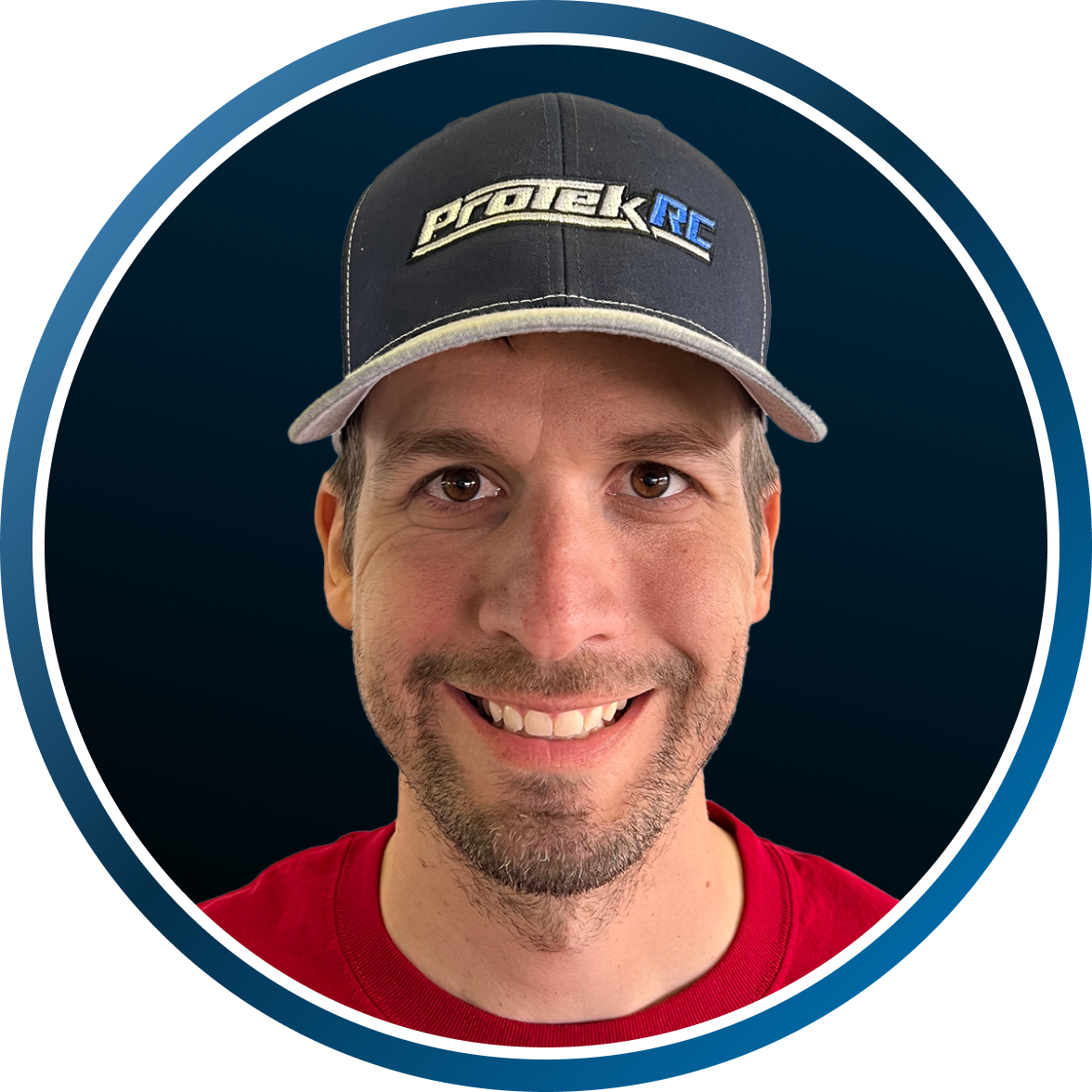 Ryan is a true R/C innovator who has connected racing, business, and social media to hobbyists throughout the world for more than a decade. Ryan started in radio control at age 7, hanging around his father’s (Larry) local hobby store in Medina, OH, which is still operating today. 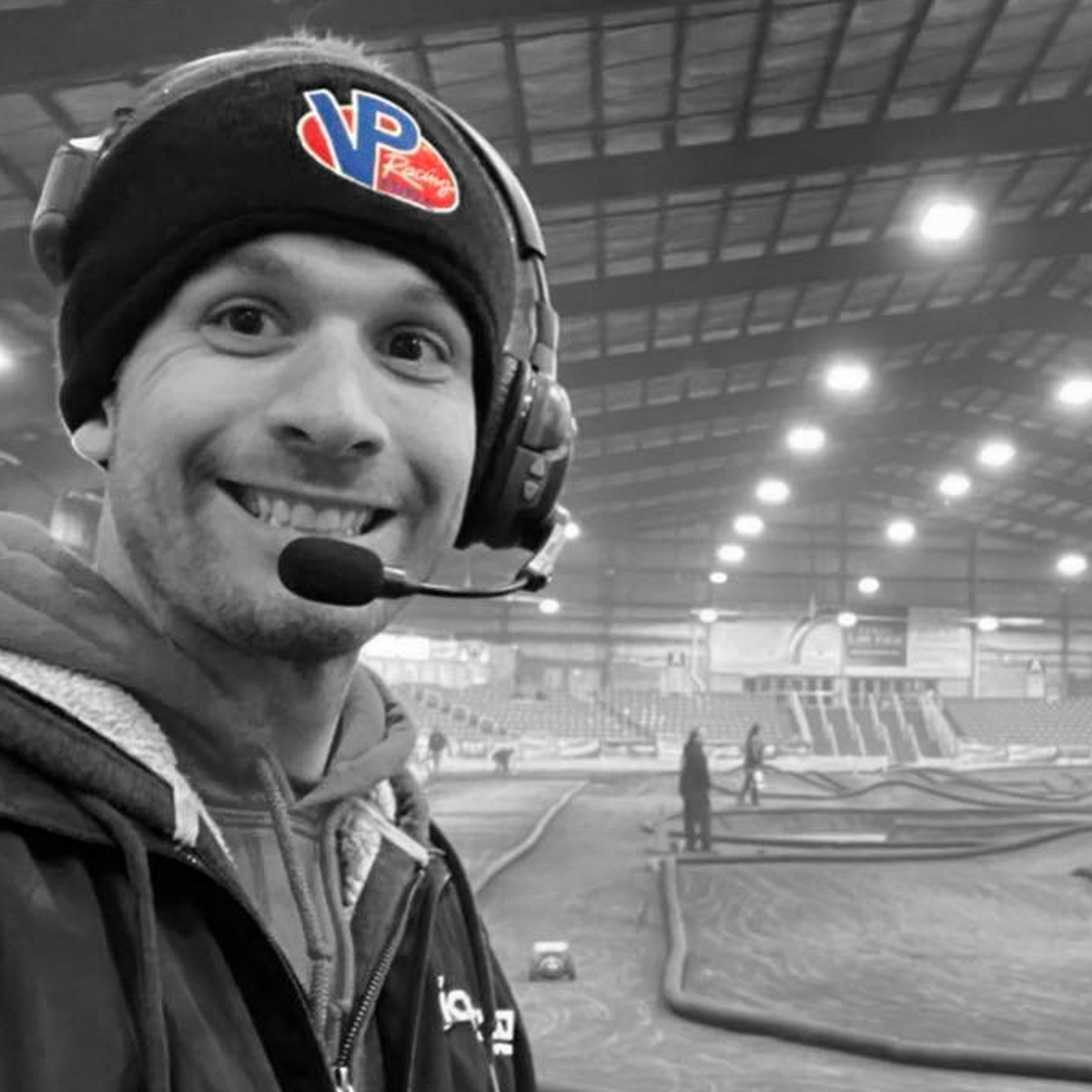 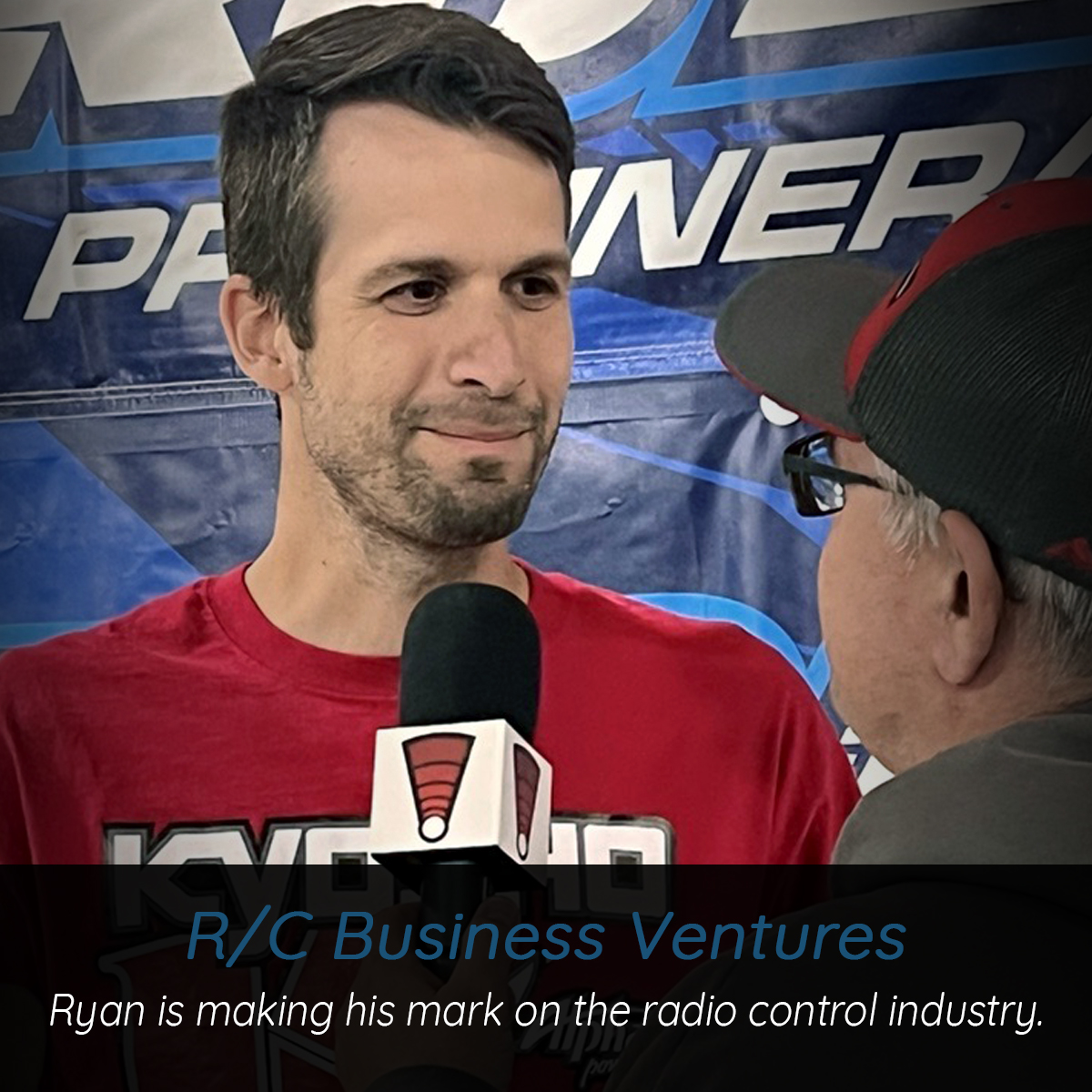 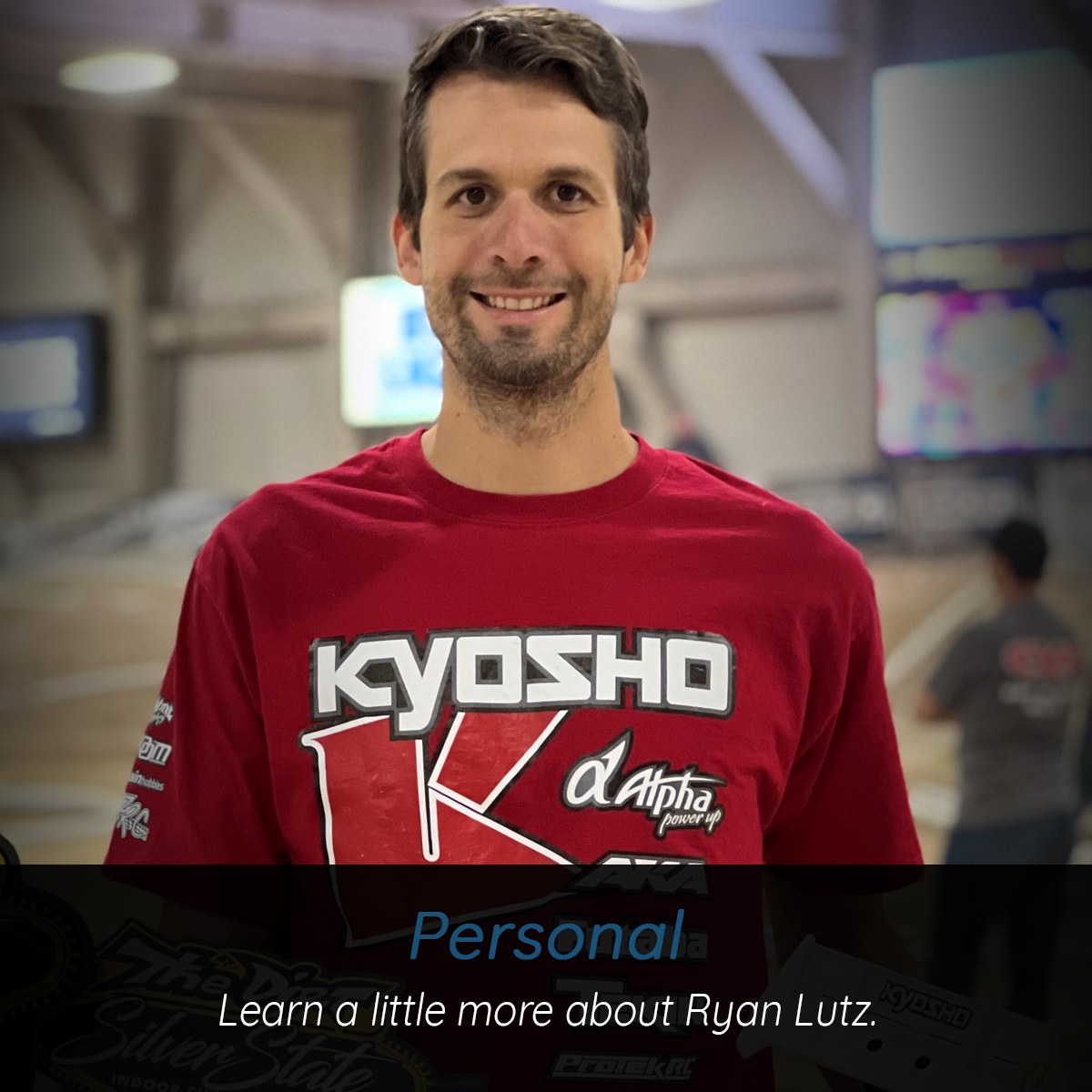 Nickname: “Lutzinator”
Family: He and his wife have four children.
Hobbies: Enjoys spending time with family.
Charitable Contributions: Has raised more than $15,000 for various charitable causes by auctioning off his winning trophies and race-used bodies. 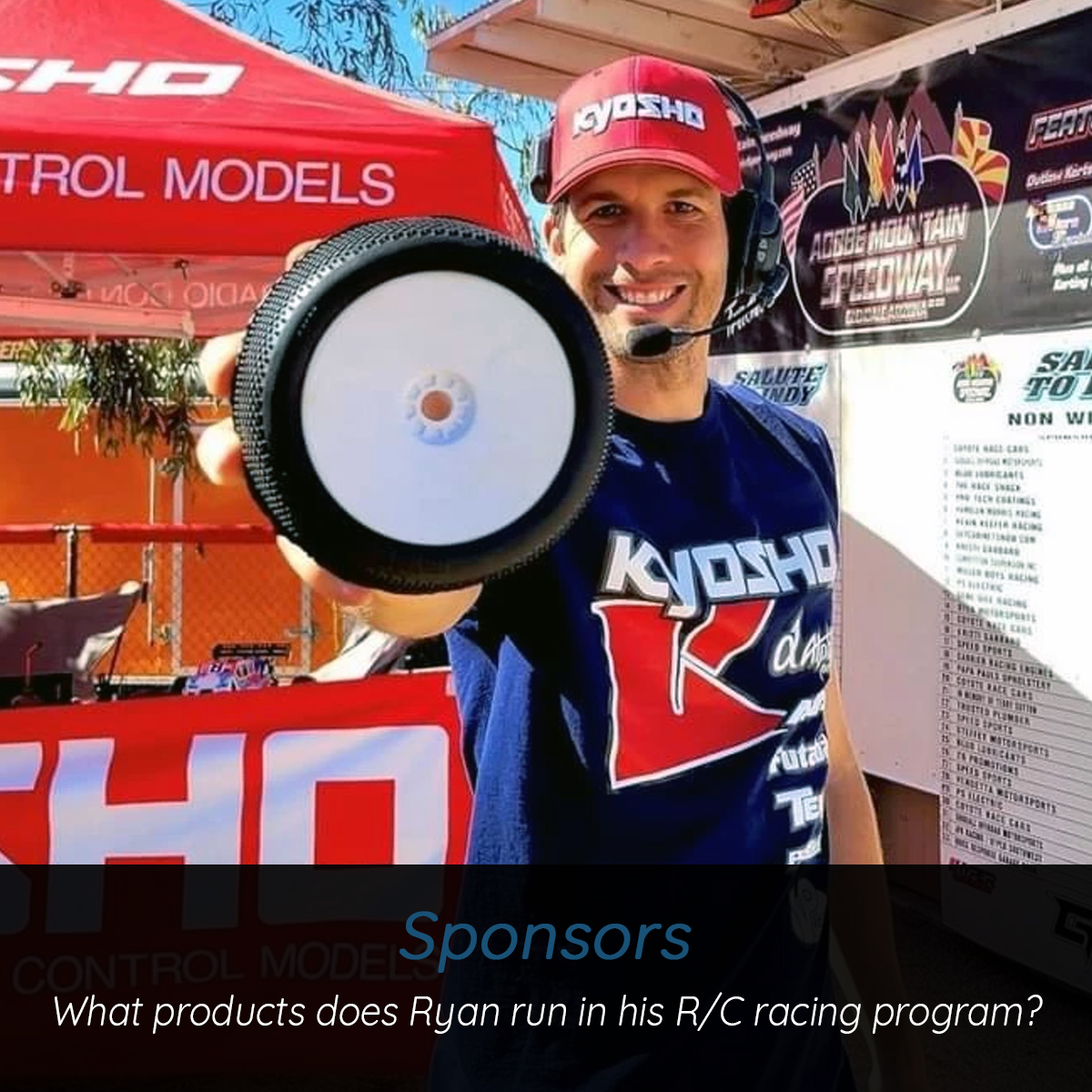 Ryan loves to share his knowledge of radio control racing with everyone. His entertaining YouTube channel is packed with tons of information to help you get into R/C racing. While your there be sure to subscribe to see his latest posts.

Ryan taking you for a lap around the 2022 Dirt Nitro Challenge in Perris, California.

Ryan does a few practice laps at the 2022 Southern Indoor Championships.

Enjoy the whips, drift, big air, and side by side action as you see a snapshot of the year that was.