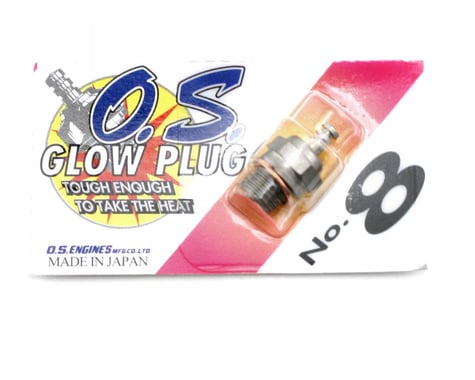 In Stock Online
Usually ships in 24 hours
$1.99 flat rate shipping! Learn More
Add to Cart
Save In List
This item earns up to 9 VIP Reward Points Learn More
Check Store Availability
The O.S. #8 glow plug is the most widely used O.S. glow plug for O.S. engines. Recommended for most current O.S. (and other brands of) 2-stroke R/C engines. Note that O.S. engine plugs are SHORT body plugs and should only be used in engines that require a short body plug. O.S. plugs should not be used in Novarossi, RB Concept and most other motors manufactured in Europe.