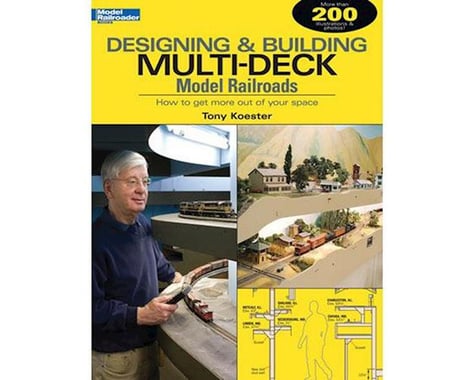 Tony Koester has written a half-dozen books focusing on his life-long hobby of model railroading. Tony is the editor of Model Railroad Planning, a special annual issue of Model Railroader magazine, as well as a contributing editor to Model Railroader. He writes Model Railroader magazine's popular Trains of Thought column and has written numerous feature articles for Model Railroader. He also served as the editor of Railroad Model Craftsman magazine until 1981. Tony spent a quarter of a century designing, building, and with his friends, operating a freelanced coal-hauling HO railroad, the Allegheny Midland (the Midland Road). More recently, he has been hard at work on a multi-deck HO layout that accurately depicts the Nickel Plate Road s St. Louis Division as it appeared in 1954.

This product was added to our catalog on February 20, 2014