Be the first to write a review!
Add To Cart Save In List
In Stock Online!
Usually ships in 24 hours
This item earns up to 11 VIP Reward Points Learn More 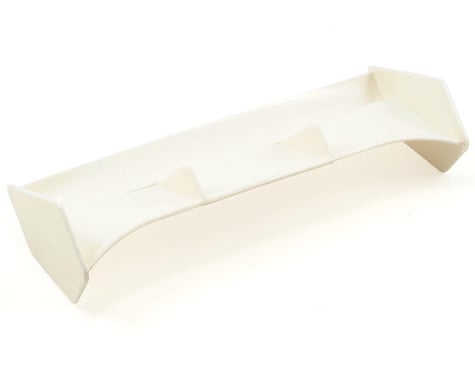 This is a replacement JQ Products THE White 1/8 Buggy Wing, and is intended for use with JQ Products THE Car. THE Wing has not been wind tunnel tested. It was designed to look cool and fast, be light, and in theory create downforce, instead of acting as a weight, and airbrake. The design was influenced by the wings found on airplanes, only upside down with a few tweaks to make it look cooler.

This product was added to our catalog on February 2, 2011