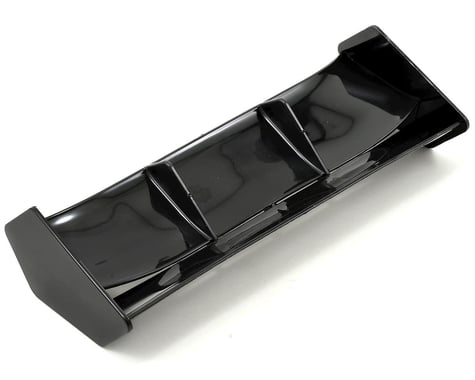 This is a replacement JQ Products THE 1/8 Buggy Wing, and is intended for use with JQ Products THE Car. THE Wing has not been wind tunnel tested. It was designed to look cool and fast, be light, and in theory create downforce, instead of acting as a weight, and airbrake. The design was influenced by the wings found on airplanes, only upside down with a few tweaks to make it look cooler.