Be the first to write a review!
Back Order Add to Wish List
Out Of Stock Online
You may back order this item and it will ship when it arrives in stock. 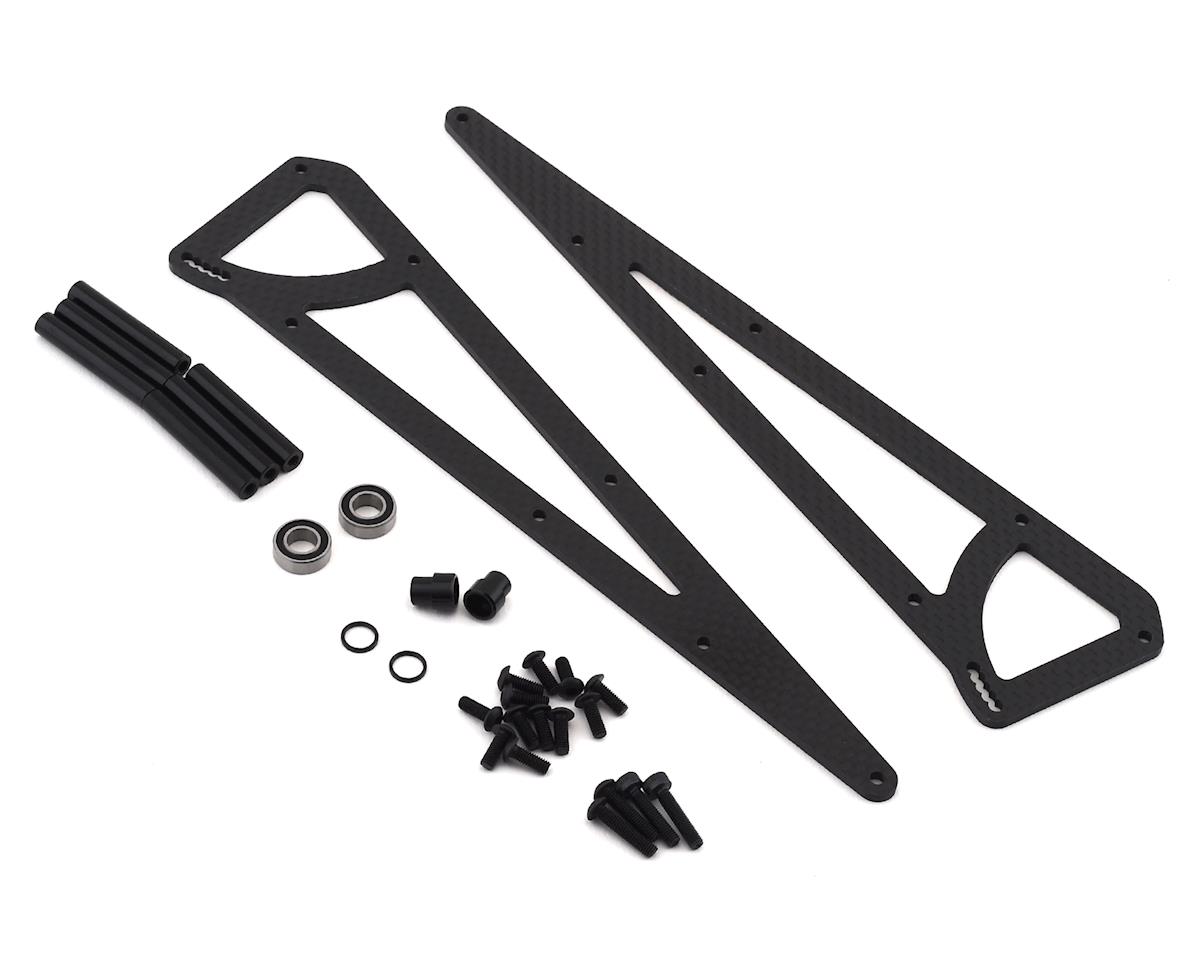 JConcepts is on top of the Street Eliminator game by offering a wheelie bar kit for the Team Associated SC6.1. This item can be used on an SC6.1 as the intended SCT truck or converted to "Street Eliminator" vehicle. The wheelie bar kit contains carbon fiber rails, aluminum stand-offs, bearing holder and inner race support along with rubber sealed bearings and steel 3mm hardware.

This assembly has been designed to work with a 3D printed part available separately from the JConcepts Shapeways Store. The bulkhead skid (2714TD) for the wheelie bar is necessary to use existing SC6.1 parts along with the wheelie bar conversion parts to compete the assembly. The JConcepts item replaces the AE 71125 which is part of the rear bumper assembly on the SC6.1.

This product is expected to arrive on Monday, March 23 2020