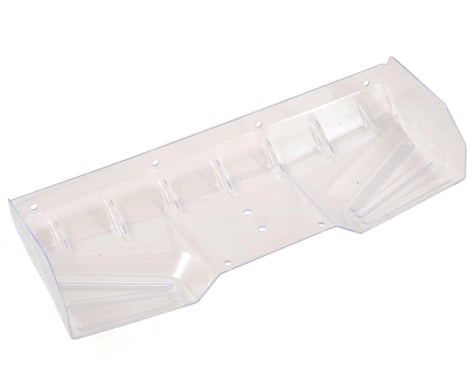 This is a replacement JConcepts Hybrid Pre-Trimmed 1/8 Lexan Wing, for use with the full JConcepts Lexan Wing with Gurney Parts Set (JCO0146).

The pre-trimmed polycarbonate wing is formed with heavy-duty material has a hard chamfered leading edge to the side-dams. Angular sections blend nicely into the high-performance shape giving a location for that initial step and transition to the wing’s gurney position. At the rear of the wing rests 7 individual ribs which support the wings upper section as it transitions to the gurney.