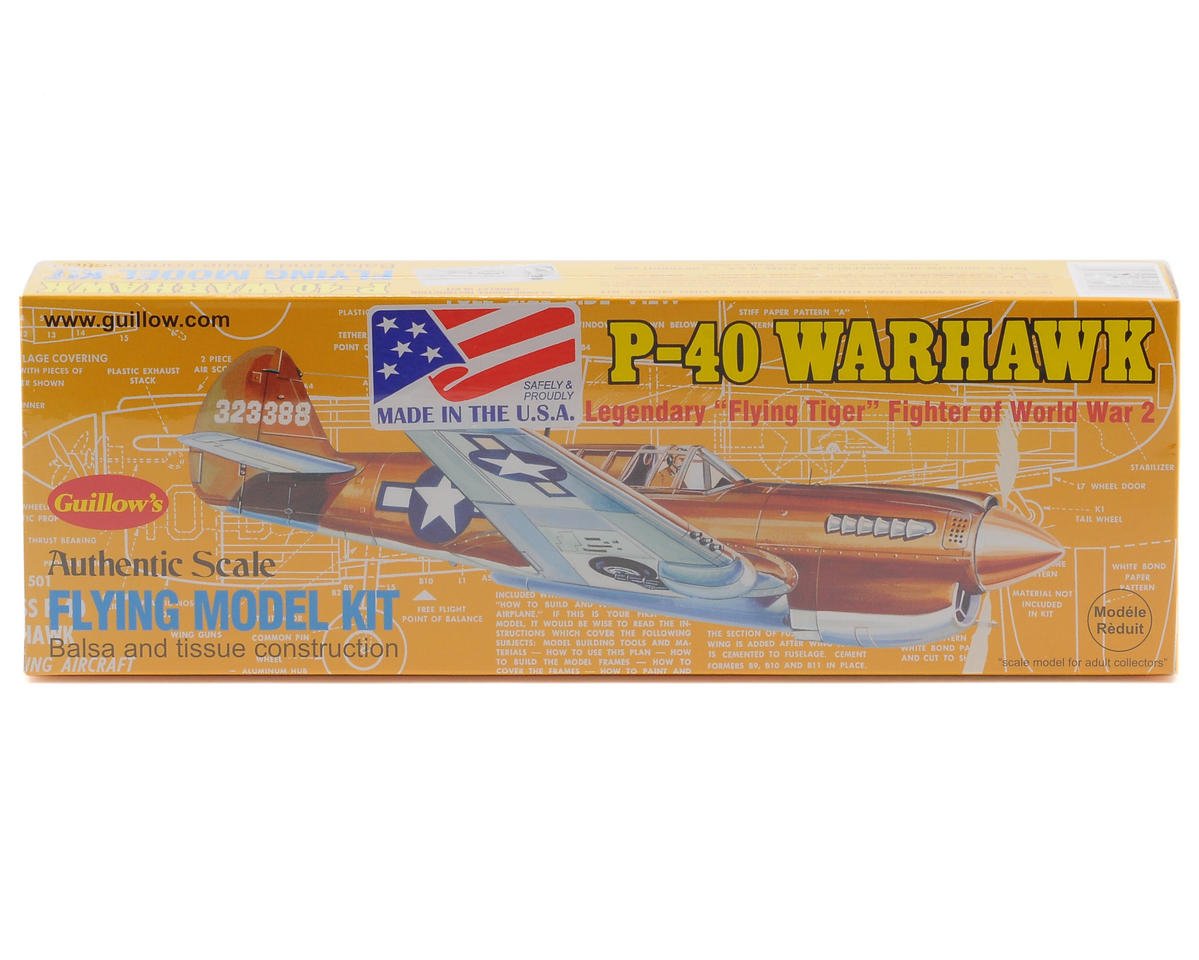 The P-40 earned undying fame as the "Flying Tiger" of World War 2 when flown by General Claire Chennault's Volunteer Group fighting the Japanese in China and Burma. It also saw much service in the Middle East where it was used by Britain's R.A.F. and nicknamed the Tomahawk and Kittyhawk. When World War 2 broke out, the P-40 was the only fighter available in quantity to the U.S.A.A.F., it being the first American single-seat plane to be manufactured in the U.S. on a mass production basis. By the end of the war, over 14,000 planes had been delivered to fighting theatres.

This product was added to our catalog on November 6, 2008