Be the first to write a review!
Add To Cart Save In List
In Stock Online!
Usually ships in 24 hours
$1.99 Flat Rate Shipping!
This item is eligible for $1.99 flat rate shipping Learn More
This item earns up to 18 VIP Reward Points Learn More 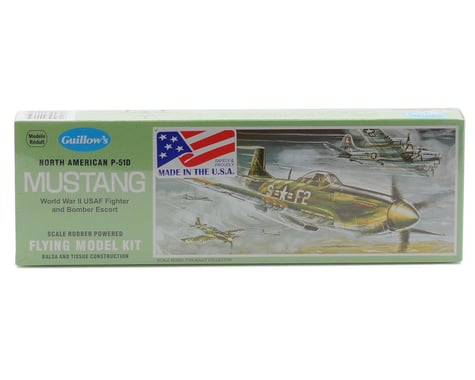 The North American P-51D Mustang was probably the best all-around single seat piston-engine fighter to be used in World War 2. The first U.S.A.A.F. combat group arrived in Britain in November 1943 and from then until the end of the war, the P-51 earned an enviable reputation an a long-ranged fighter-escort for the B-17 and the B-24 bombers raiding deep in the heart of the German homeland.

This product was added to our catalog on November 6, 2008