This item earns up to 74 VIP Reward Points Learn More 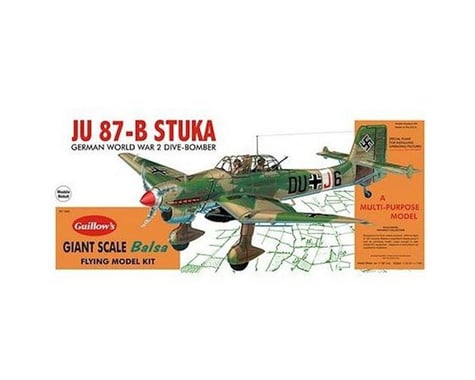 Early in World War 2, the world was stunned by the effective dive bombing tactics of the JU 87 Stuka. First tested in the Spanish Civil War, it went through considerable design changes before emerging as the formidable bomber of the early 40’s. For two years, this plane was one of the most successful weapons of the Luftwaffe and was used to spearhead the German drives into enemy territory. The JU 87 saw much service on the Russian front as an anti-tank weapon and was also used in the African desert on the Malta raids and in the Italian campaigns. Although considered obsolete within two years after the beginning of the WW-2, the JU 87 went on to see action until the end of the war and enjoyed the distinction of being, besides the American Douglas Dauntless, the only mass-produced dive bomber of WW-2

This product is expected to arrive on Friday, July 24 2020