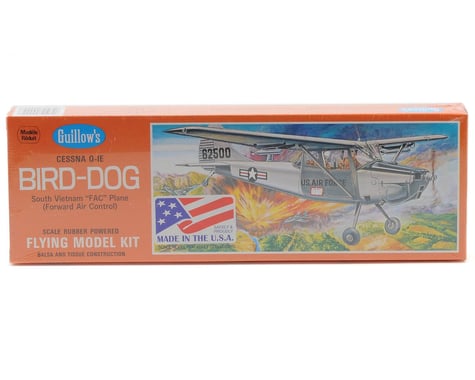 Originally designated the L-19, The Bird Dog went into production in June, 1956 and was used during the Korean campaign as a liaison airplane by Army Field Forces to spot enemies troop concentrations, direct ground operations, carry ammunition, and evacuate wounded. Return to production in 1962 and designated the 0-1E, the Bird Dog gained fame anew as a “FAC” airplane (forward air controller) in South Vietnam war where it was very effective in spotting and directing fire against the enemy Vietcong forces.

This product is expected to arrive on Thursday, June 25 2020