This item earns up to 41 VIP Reward Points Learn More 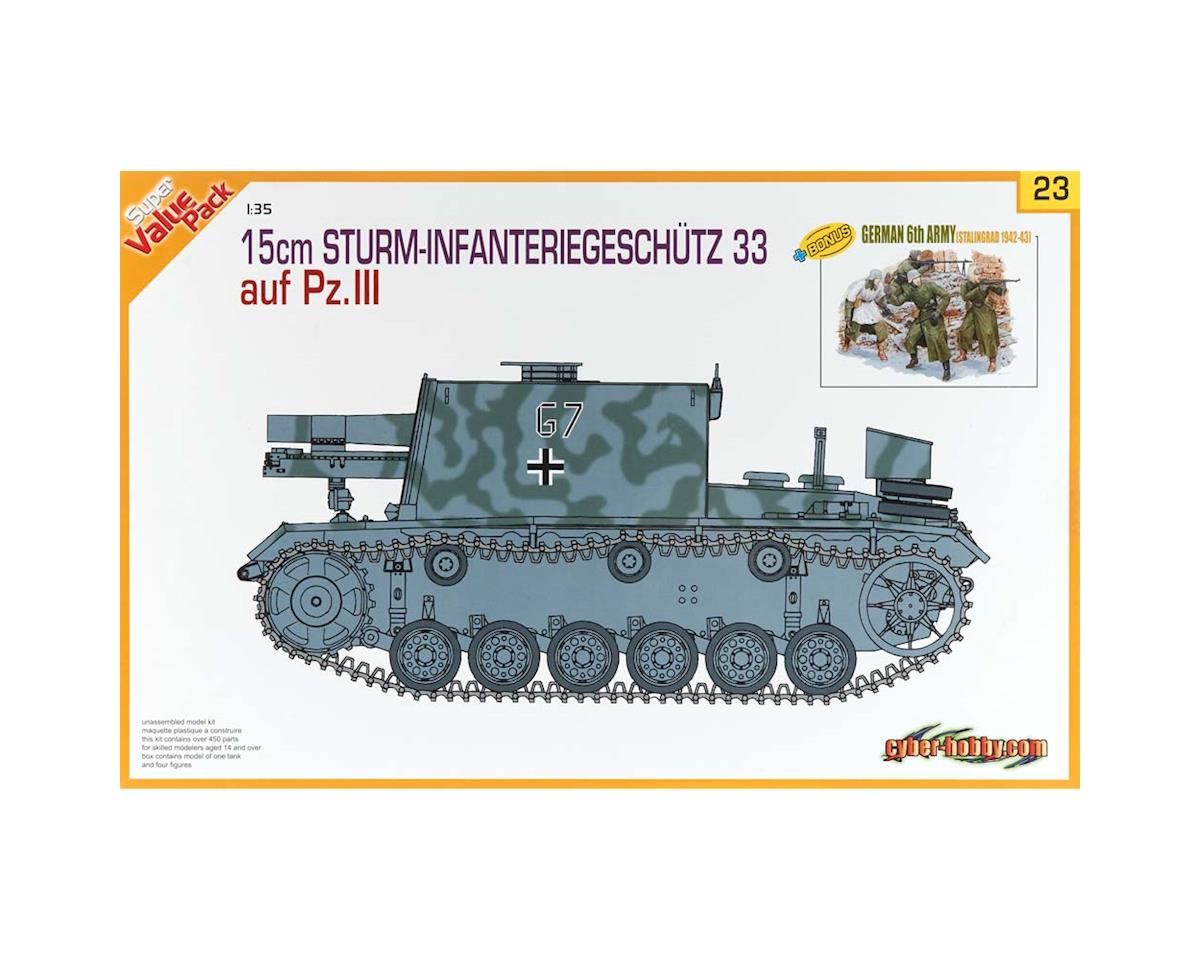 The Battle of Stalingrad from July 17 1942 to February 2 1943 marked a major turning point in WWII. It was a bloody conflict for soldier and civilian alike, with the conflagration in the ruins of Stalingrad accounting for nearly two million lives. Despite controlling 90% or more of the city, German forces couldn’t quite overcome stubborn Soviet resistance. Meanwhile, the Soviets launched Operation Uranus, a pincer attack that successfully encircled the German 6th Army in Stalingrad. The battle ended with the surrender of 91,000 starving soldiers, including 22 generals. The harshness of this historic battle is captured in a new 1/35 scale Orange Box set that contains four soldiers of the German 6th Army, plus an armored vehicle. The vehicle is the 15cm Sturm-Infanteriegeschütz 33B, a self-propelled heavy infantry gun. A new superstructure containing a sIG33/1 gun was positioned on a StuG.III chassis. The vehicle was designed to demolish buildings with its 15cm gun, so it was ideal for operations in Stalingrad's urban fighting,

The Orange Box kit of the Sturm-Infanteriegeschütz 33B has been upgraded with the addition of Magic Tracks. Modelers will thus find that the kit fits together with ease. When the four figures in combat poses are added, an instant Stalingrad diorama is made possible. The German figures from the ill-fated 6th Army are dressed in winter uniform elements, and they are armed with a variety of weapons as they desperately stave off Soviet attacks. As always, this set from the Orange Box collection offers unbeatable value for money.

This product was added to our catalog on November 6, 2017