Read Reviews
(1) Average Rating:5
Write a Review
This product may only be shipped via Ground and will have HAZMAT fees applied!
Add To Cart Add to Wish List
In Stock Online!
Usually ships in 24 hours
FREE Shipping Eligible!
This item is eligible for Super Saver Shipping Learn More
This item earns up to 168 VIP Reward Points Learn More 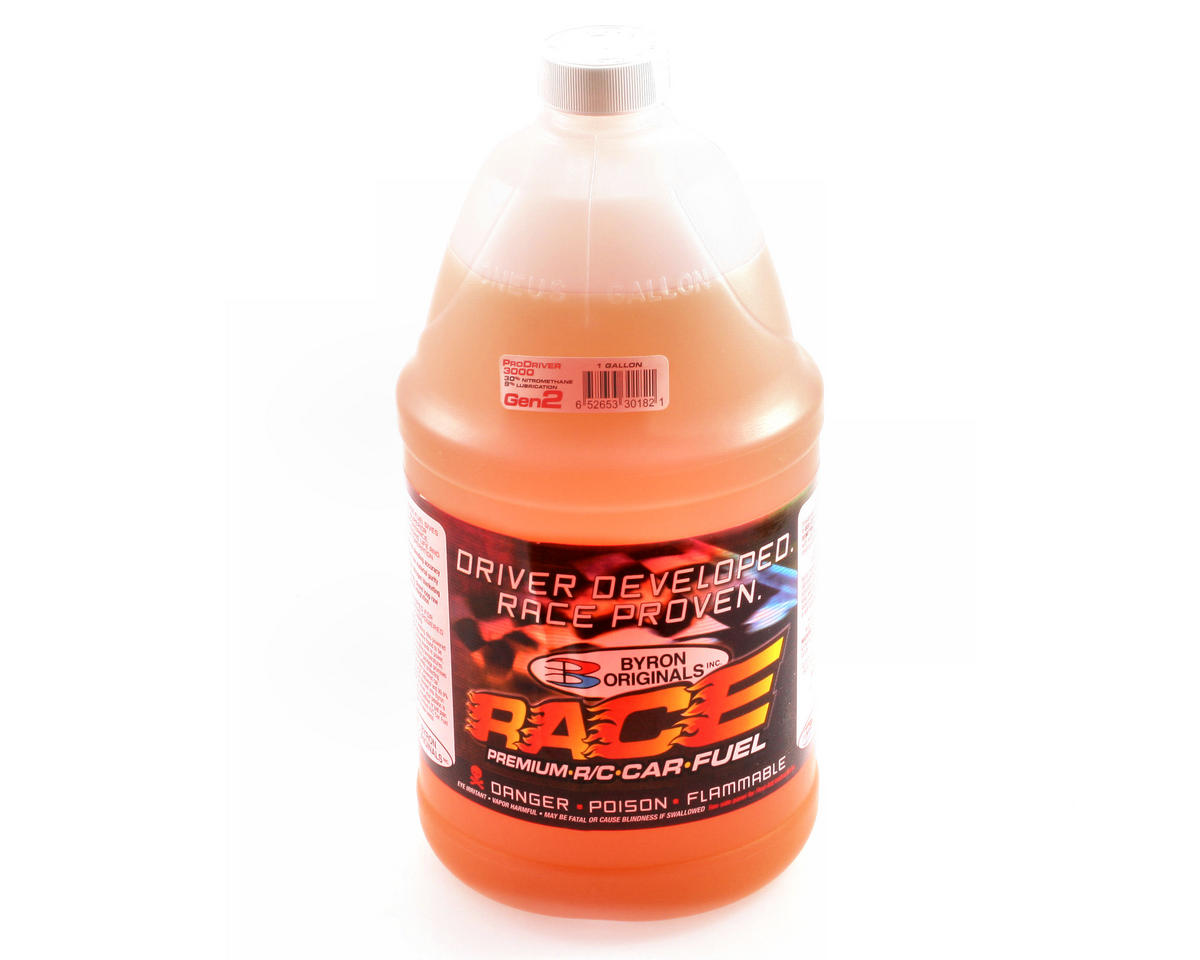 This is a four gallon case of Byron Originals 30% ProDriver 3000 Gen2 Car Fuel! Byron Originals Gen2 Nitro Fuel is a revolutionary new car engine lubrication system that will, without question, represent the largest and greatest improvement in R/C car fuels the industry has witnessed in the past 15 to 20 years.

This product was added to our catalog on January 30, 2008

Austin Blair
Verified Owner
Byron Originals 30% ProDriver 3000 Gen2 Car Fuel (Four Gallons)
I switched to Byrons fuel about a year and a half ago and am loving it. Prior to switching fuels I was having problems keeping a tune and dealing with flame outs. I like the fact it provides excellent lubrication and is super easy to keep a tune. This makes it really easy for the beginner, who is just getting into the hobby.
3 customers found this review helpful.
View all reviews (1)