This item earns up to 63 VIP Reward Points Learn More 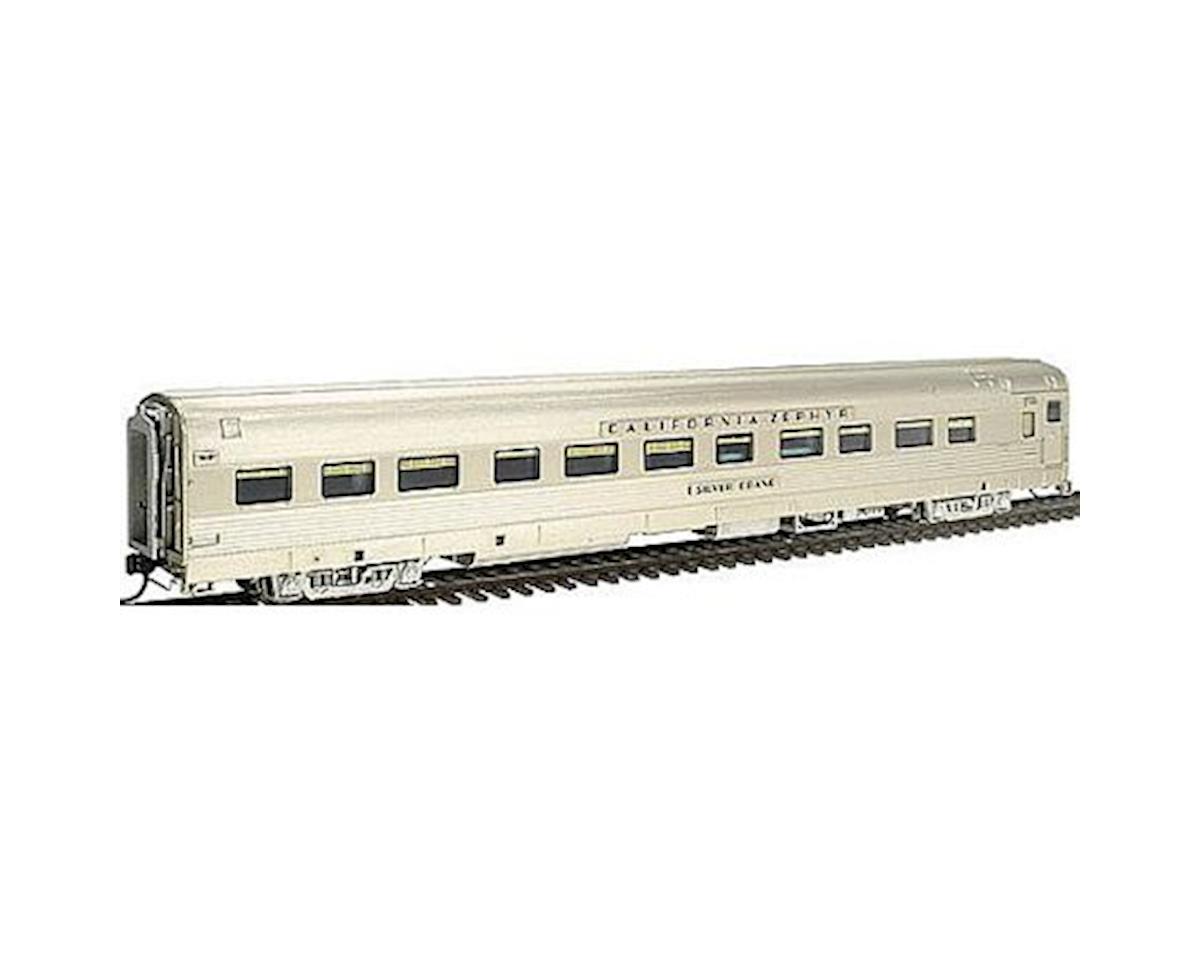 The route of the California Zephyr covered 2,525 miles and took an average of 2 1.2 days to complete. The CB&Q handled the train from Chicago to Denver, Colorado where it was then handed over to the D&RGW. The D&RGW would then handle it until reaching Salt Lake City, Utah where it taken over by the WP for its final leg into California. Scheduling intentionally placed the trains in the grandeur of the Feather River and Rocky mountains during daylight hours, while the Nevada deserts and plains states were crossed at night. This practice allowed passengers the most breath taking views of the route during the day time. Each railroad contributed cars to the CZ, lettered for the participating roads. Even the Pennsylvania contributed a sleeping car, which Broadway Limited will also make available.

The California Zephyr was the train that became known as the "Silver Lady." The CZ was the grandest, and thus the most famous, way to reach the Golden State and the west. Broadway Limited's HO Scale models are complete with interior detail, lighting and underbody appliances.

This product was added to our catalog on February 19, 2019